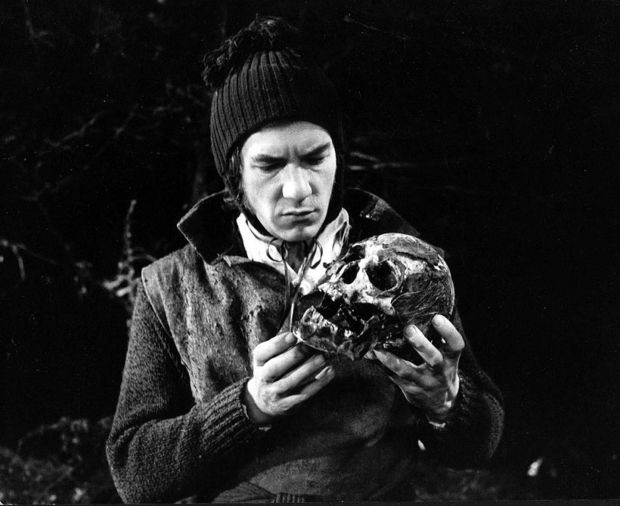 Is Sir Ian McKellen too old to play Hamlet?

As life continues to return to normal in the UK, it seems our art scene may be returning in force too. Later this year, Shakespeare’s Hamlet is to be staged the Theatre Royal Windsor, and the production has attracted a lot of attention – it is to be an age-blind show, and the octogenarian actor Sir Ian McKellen is to take the role of Hamlet, which is usually played by an actor under 40. Although no-one doubts Sir Ian’s gravitas as an actor, questions have been raised by some commentators about whether he is too old for the role, a debate that has reignited concerns about ageism in the theatre. So is the actor too old for Hamlet?

Sir Ian has experience with the character. He first played Hamlet in 1971 for the Prospect Theatre Company, saying at the time that he would play the character as “a youngster who knows exactly what has to be done, but lacks the manly resources to do it”. This time round, he feels he has a bit of an advantage: “When I was starting out as a young actor, I often played old men when I didn’t know what it was like to be old. But being old, I do remember what it’s like to be young.” On BBC radio, Sir Ian also dismisses criticism that he was too old: “It is a bit of a gamble but I look back at the last century when Edwin Booth, the great American actor, played him. It was the last part he played. He was way into his 60s. Women have played Hamlet, very successfully. So it isn’t quite as outrageous as it might seem on paper.”

When I was starting out as a young actor, I often played old men when I didn’t know what it was like to be old. But being old, I do remember what it’s like to be young

Hamlet is traditionally known as the most coveted role for younger actors. At one point in the play, we learn that he is 30, although there has been some debate about whether he is younger – as a result, the role is usually cast with an actor under 40. But this is not a hard rule, and the role has always been subject to a certain degree of reinvention. Maxine Peake played the role in 2014, and Ruth Negga starred as Hamlet at The Gate in 2018. Cush Jumbo is to make her Young Vic debut as a “new kind of Hamlet” later this year, demonstrating that gender and colour are no barriers to assuming the role of the Danish prince. So why is age?

The topic of age-blind casting has been explored before, after a 2015 run of Romeo and Juliet. Sir Derek Jacobi was cast as Mercutio, and the Stage newspaper ran a poll in response asking whether age-blind casting should be more common. 67% of respondees were in favour, and 33% were against. But although its clear that there is generally a consensus in favour of age-blind casting, it’s certainly not anywhere near as accepted as gender-blind or colour-blind casting. We’ve seen plenty of examples of women taking traditionally male roles, and no-one bats an eyelid – theatre is a medium that requires a certain amount of suspension of disbelief, after all.

But although its clear that there is generally a consensus in favour of age-blind casting, it’s certainly not anywhere near as accepted as gender-blind or colour-blind casting

Why, then, is it so hard in this case? Perhaps it stems from another casting choice – the role of Gertrude, Hamlet’s mother. As David Benedict wrote in the Stage: “There was a degree of self-righteous indignation. How could there possibly be a production in which Hamlet’s mother is played by Jenny Seagrove, who is 18 years younger than the man playing her son?” For her part, Ms Seagrove said: “Acting is about suspending disbelief and our production isn’t just about age blindness but about gender blindness and some colour blindness, which is just so exciting.” And I agree with that, but I wonder if it may be hard to put the age discrepancy to one side when the two characters are together on stage.

I want to wrap up here with a quote from Simon Russell Beale, a great Shakespearean actor who played both Hamlet and King Lear within 14 years of one another. His opinion was this: “You can do what you like with it – as long as you make coherent, emotional sense.” Although there may be doubts about the Sir Ian’s age, the proof will come when he is on stage, delivering Hamlet’s lines and capturing the audience’s imagination. Then, and only then, will we know if age is truly a barrier to the part. 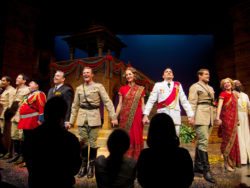 Gender blinding: for better or worse? 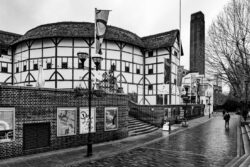 The return of Shakespeare’s Globe Theatre