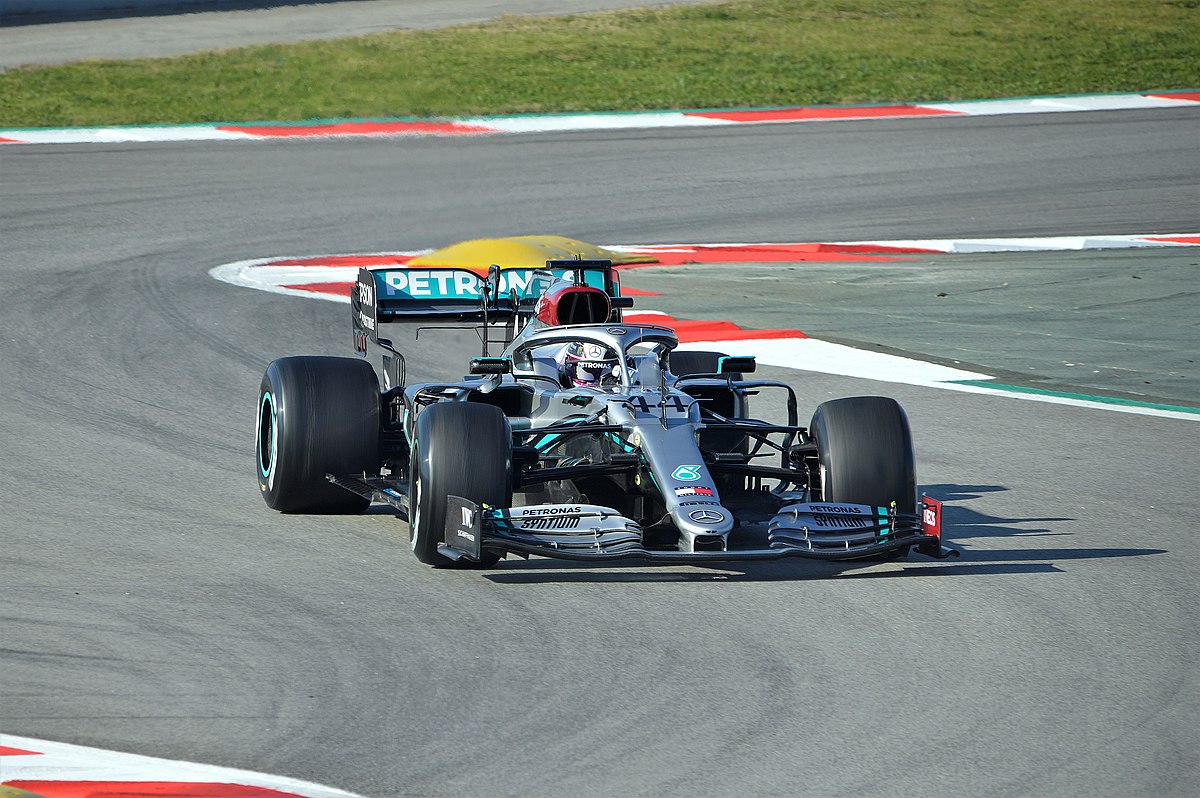 Competition returns as Hamilton and Verstappen fight it out in Bahrain

The Mercedes driver faced his rival in a tactical battle that lasted all race, and which saw both men exchange the lead at multiple points, but it was Hamilton who came out on top.

Verstappen began on pole and converted the position into a lead, but Hamilton took it after pitting early for a set of fresher tyres. He maintained track position after a second pit stop, while Red Bull ran Verstappen longer to give him a tyre advantage at the end of the race.

Verstappen pitted on lap 40 with 18 laps to go, and started to gain as Hamilton managed his tyres carefully. He caught up with Hamilton on lap 50, and briefly overtook him a lap later. It looked to be the decisive move in this battle, but a bit of oversteer took Verstappen wide, breaking a rule about track limits. Red Bull complained Hamilton had done it earlier in the race, but this claim was ignored by race officials. Verstappen was ordered to let Hamilton by, and he couldn’t find the pace to catch him again.

A poor pit-stop by Mercedes meant Bottas was doomed to finish in third place, though he did also pick up the bonus point for fastest lap. The top five was rounded out by Lando Norris for McLaren and Red Bull’s Sergio Perez, the latter driver posting an impressive finish after mechanical issues on the formation lap meant he started at the back of the pack. Perez’s placing was all the more impressive after a race in which all the competitors were fighting for position at every moment.

It was a mixed day for the new starters, but a positive one for Yuki Tsunoda – in his F1 debut, the AlphaTauri driver managed a ninth-place finish and picked up his first two points. Nikita Mazepin, in a Haas, crashed on the opening lap, and teammate Mick Schumacher finished last after spinning. Former world champions also had a tough day – Fernando Alonso retired with brake problems on lap 34, and Sebastian Vettel came 15th and picked up a 10-second penalty after crashing into the back of Esteban Ocon’s Alpine.

After the race, Hamilton said: “Wow. What a difficult race that was. Stopping early we knew would be difficult but we had to cover Max, they have had an amazing performance all weekend. We suffered the last stint. Max was all over me at the end and I was just about able to hold him off. That was one of the hardest races I’ve had for a while.

“Each year they are talking about when you hit your peak and timing is everything. I think I am at that and Max is doing really well at the moment. I love the challenge.”

Verstappen said: “It’s a shame but you also have to see the positive. We are really taking the fight to them, and I think that’s great to start the year like that.

“I don’t know what happened with the car early on. I don’t think it was completely solved in the low-speed corners, so we’ll have a look at that. Overall, we managed to finish the race and score good points.”

The third-placed Bottas said: “Disappointing for sure but a good thing for the team we got good points. It feels for me that it was on the defensive side and not attacking. Not ideal and I had a slow pit stop which in the end took away any opportunities.

“We managed to have two cars with different tyre choice so we could play with the strategy.”

There will be a three-week break before we head to Imola for the Emilia Romagna Grand Prix on 18 April. Hamilton won there last year, but this race indicates he may face more of a challenge this time round.

I’ll be honest with you – if you read any of my F1 blog last year, you’ll know I was bored by most of the races. Hamilton had the fastest car, and translated it into massive victories most weeks. But this week was something different. If you watched qualifying, there was a clear sense that Mercedes was not the fastest – a Honda engine update and a drive this year have moved Red Bull up the pecking order. As Hamilton faced Verstappen at this year’s Bahrain GP, they actually needed to – dare I say it – race.

It’s early to say, but the closeness of the competition hints at the potential for some genuine competition this season, and that’s just what the sport needs. It may only be a two-horse race (I don’t see Bottas challenging), but I’ll take a two-horse competition after last year’s walkover. In 2020, we all knew Hamilton was going to win – this year, and after this race, I’m lacking that certitude.

Down the pack, some stories still look consistent. Ferrari came sixth and eighth, the kind of middling places they were used to last year, and Sebastian Vettel’s run of bad luck and unbefitting mistakes continued. But there are some new unknowns too. I’m not expecting Haas to win a race, but neither driver showed us what they could do at Bahrain. Car issues crippled Fernando Alonso, but he’s a double world champion, and I expect to see him putting in a strong showing too. These elements all hint at what could be an exciting season of F1 to come. Fingers crossed, everyone!