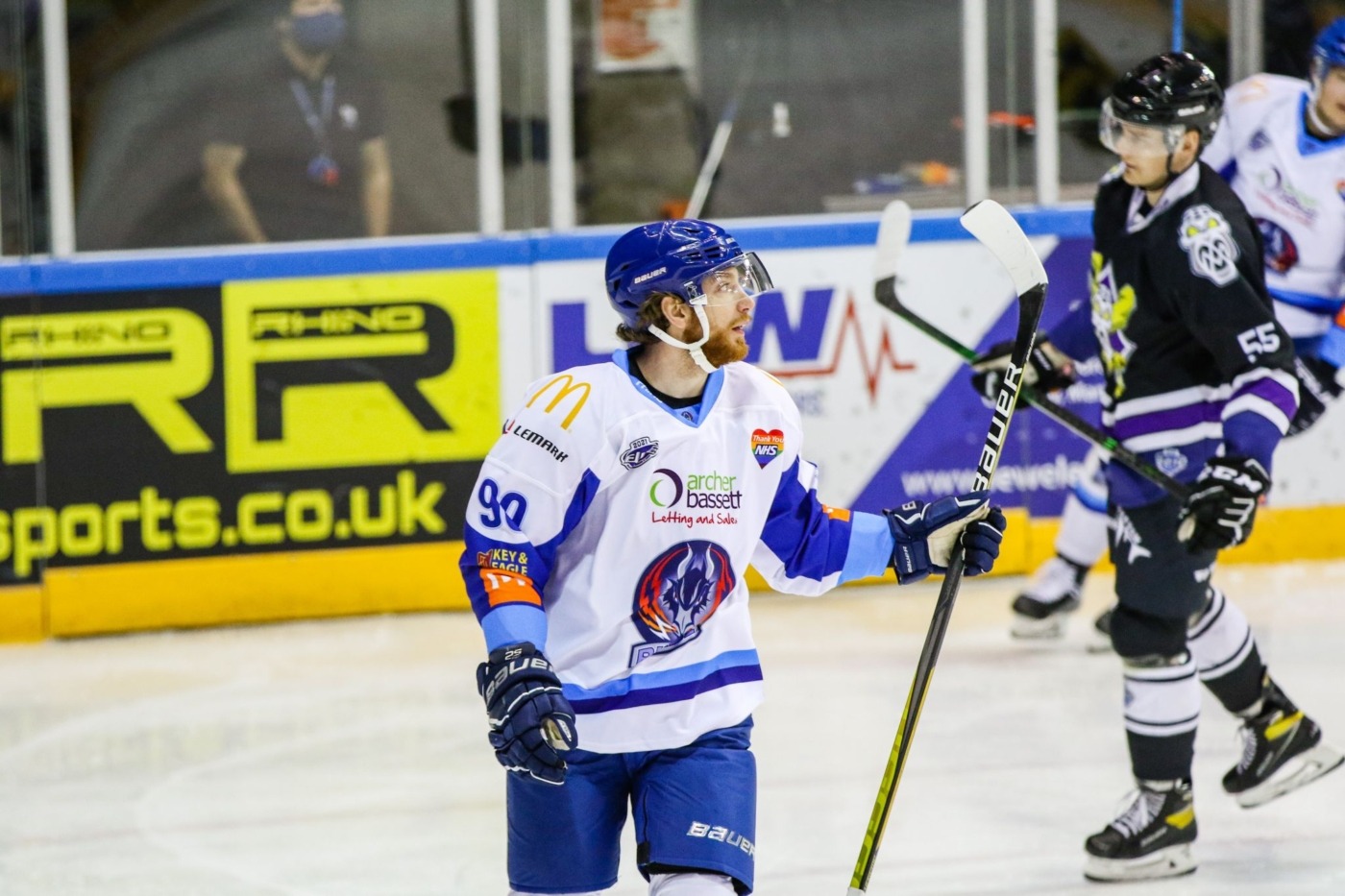 The Coventry Blaze fought tooth and nail as they saw out a 4-3 victory over the Manchester Storm, despite enduring periods of dominance from Ryan Finnerty’s side.

Shane Owen put in a magnificent shift for the Blaze, making 55 saves to keep his team in the lead.

Although Manchester began the game on the front foot, it was Coventry who took the lead through Mike Hammond on four minutes, with a composed shot into the bottom left of Sam Gospel’s net.

The Storm looked the more dangerous team again after the goal, but after a great save by Owen, Cole Shudra scored in controversial and fortuitous circumstances. The 22-year-old forward saw his shot saved but not controlled by Gospel, with the puck ricocheting into the net off a Storm skate, giving Coventry a 2-0 lead on nine minutes.

And 2-0 it remained for the rest of the first period, with the Storm’s monopoly of possession not telling, as clinical counter-attacking play from Coventry ensuring a healthy lead heading into the first interval.

Blaze goalie Owen picked up where he left off in the first period by making crucial saves at the beginning of the second session, denying Joe Hazeldine and Maxime Fortier, the second save in particular an outstanding display of reactions and agility to recover and save what seemed a certain goal.

No such miracles were forthcoming in the 29th minute, as Jacob Noer pounced on a rebound to make it 2-1 and haul the Storm back into the game.

But Coventry reminded everyone why they are the series leaders with powerplay goals, with Tristan Keck taking advantage of a 5 v 3 situation, following two penalties against the Storm in quick succession, extending Coventry’s lead to 3-1.

Sam Duggan put the game almost beyond doubt by sliding the puck into the bottom right corner of the net on 49 minutes, making it 4-1 to the Blaze.

However, Manchester captain Dallas Erhardt wasn’t going to let Coventry have it all their own way, as he patiently waited for the perfect chance to launch a shot beyond Owen on 51 minutes, making it 4-2 and giving the Storm a great chance to find their way back into the game.

The conclusion of the third period was a very tense affair, and with just over a minute to go, Fortier unleashed a brilliant shot between two pairs of legs to pull the Storm to within one of the Blaze, giving his team hope going into the closing stages of the game.

With their goalie pulled, Manchester were unable to find the equaliser, with the Blaze walking away with the two points.

This was a brilliant game and showed some of the best of both teams, as Danny Stewart’s claimed their first win over the Manchester Storm of the season.

Owen was outstanding in net and, were it not for him, Manchester could easily have blown the Blaze away in this game. His heroics cannot be understated, but Coventry also played some great counter-attacking hockey this evening.

The Coventry forwards were clinical and didn’t waste their opportunities when they came by. Stewart will undoubtedly be encouraged by his team’s display, as they excelled in both defence and attack today.

The Storm may consider themselves unlucky to come away from this one with nothing, having played so well for lengthy periods of the match, but where they faltered, Coventry pounced, and Finnerty’s side just didn’t do enough to put more goals beyond Shane Owen in this game.

A clash against Nottingham Panthers awaits Coventry Blaze on Saturday, a tie they will no doubt be looking forward to, while Manchester Storm prepare for a clash with series leaders Sheffield Steelers on Sunday. 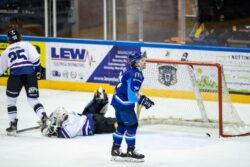