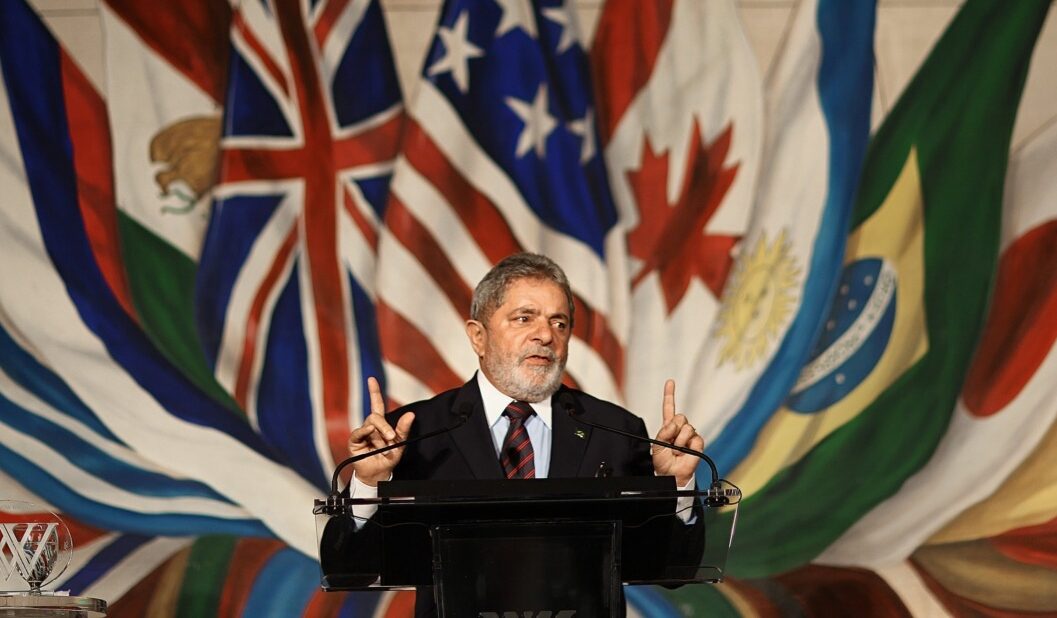 Luiz Inacio Lula da Silva was the former left-wing president of Brazil. He was extremely popular and was referred to affectionately by the public as “Lula”. However Brazilian politics has been encapsulated by the Operation Car Wash scandal.

Operation Car Wash was a corruption scandal in Brazil that involved more than 80 politicians and members of elite business people. The scandal involved kickbacks of millions of dollars. As the investigation into Operation Car Wash moved forward, it began to unearth many other scandals. The investigation was ignited in March 2014 when there were allegations made against the executives of the state oil company Petrobras. It was alleged that these executives had been accepting bribes from specific construction firms as a request for these firms to receive contracts at extremely inflated prices.

While this huge operation began to unfold, the Workers’ Party began to see itself being dragged into the black hole. It began to surface that some of the money in Operation Car Wash had been utilised to “pay off” politicians, sway certain political campaigns and buy their votes.

Lula was sentenced to 12 years in prison.

The extremely popular Brazilian President Lula da Silva found himself amongst those politicians who were accused of this high level of corruption. The investigation into President Lula persisted for three years. When it came to its conclusion, it found that Lula was guilty of the first five charges brought against him. These charges were substantiated with claims that he had been awarded a beachfront apartment by the engineering firm OAS for aiding them in winning contracts with Petrobras.

Lula was sentenced to 12 years in prison with his sentence commencing the 7th of April 2018. The court also ruled that he would not be free during any appeals process. The former president vehemently denied all charges brought against him, claiming that there was a political motivation behind the investigation to prevent him from running for president in the next election.

It was not a singular case of corruption that began and ended in the Brazilian office, with many others following suit with corruption cases of their own. Michel Temer has been the vice president of Brazil since 2011 and after the impeachment of Dilma Rousseff was president from 31 August 2016 until January 2019. Temer was also accused of accepting money from the boss of a huge meatpacking firm JBS, which was already involved in a corruption scandal.

Even though he denied allegations against him, he was arrested and later released in March 2019. Judge Antonio Ivan Athie had the former president released due to “lack of legal justification”, despite prosecutors making grave accusations against Temer, claiming he was leading a criminal organization and that he was “involved in concrete acts of clear gravity.” The judge also stated that he is not against the “so-called Car Wash (investigation),” and wanted the nation free of corruption.

Mr Temer left office… with the lowest public approval rating of a president in Brazil’s history.

Lula’s successor and Temer’s predecessor, Dilma Rousseff, was also impeached on the ground of corruption; however, it was not related to the Operation Car Wash allegations. Ms Rouseff was a close ally of former President Lula’s who found herself in hot water after transferring funds between government budgets, which is illegal in Brazilian Law. However, she argued that was a common practice among presidents and that her right-wing rivals were trying to have her removed from office since her re-election. After her impeachment, Mr Temer took over until January 2019 and left office with the lowest public approval rating of a president in Brazil’s history of only 2%.

Many supporters of Ms Rousseff have now proposed a theory about her fall from grace. This theory alleges that her political rivals wanted her removed because she would not protect them from the Car Wash probe.

The conviction was also annulled due to Lula’s lawyer questioning if the court that convicted Lula had the authority to convict him. Mr Fachin and Lula’s lawyers agreed that the court was not in fact in the jurisdiction to be able to convict Lula as the court was located in Curitiba in the State of Paraná. However, the crimes held against Lula did not transpire in that state. They ruled that the alleged crimes against Lula should have been handled by a court in the city where he dwelled, the nation’s capital, Brasilia. Therefore, the trial against Lula will be retried in Brasilia.

This is significant because former President Lula was one of the most influential figureheads in left-wing politics in Brazil and further afield. He was one of the highest-profile senior politicians who were convicted in Operation Car Wash, which has now been denounced as a political witch hunt. Before his conviction in 2018, Lula was the most popular in the race for the presidency even with his upcoming conviction of corruption accompanied by a hefty 12-year jail sentence. However, Lula was prohibited from participating in the presidential race once his conviction was maintained on appeal.

The ban was put in place a month before the primary round of the elections. He was replaced by Fernando Haddad, a candidate from the Workers’ Party who did not possess the same level of popularity as Lula. This led him to lose to the far-right candidate, Jair Blosonaro. The 2018 election result has fuelled more theorists in their belief that right-wing politicians in Brazil are attempting some form of corruption against the prominent left-wing politicians.

What does the annulment mean for the Brazilian elections in 2022?

if Lula was to attempt a bid in the upcoming presidential race, he would accumulate more votes than Mr Bolsonaro and would be the only politician to be able to do so.

With the annulment of Lula’s charges, he is now able to run in the 2022 presidential race. Despite the charges originally brought against him, an opinion poll by IPEC has implied that if Lula was to attempt a bid in the upcoming presidential race, he would accumulate more votes than Mr Bolsonaro and would be the only politician to be able to do so.

The annulment leaves a lot of potential for the current face of Brazilian politics. If Lula does attempt a presidential run in 2022 it is said it will be an “explosive campaign” which many experts feel has already been ignited with the annulment. Equally, it is believed that if Lula ran in opposition to Jair Bolsonaro it would divide the country much like the election in 2018.

Politics is still a very polarised point of concession, especially in the Brazilian landscape. While Lula remains extremely popular, he is viewed as the personification of corruption by his critics. However, Jair Blosonaro has been criticised for his poor handling of the pandemic and the depleting Brazilian economy, so it would seem to be an election run with the potential of being extremely polarising.

However, this annulment does not mean that Lula is free of charge. The former president can run for political office currently. However, he is being retried therefore the case against him is currently as square one. There is the potential for him to be convicted of the same charges again.

Justice Fachin’s decision to annul former President Lula’s charges could be reversed by the prosecutor-general office. Their appeal to the Supreme court is set to be heard and if these appeals were upheld so would Lula’s convictions, again prohibiting him from participating in a presidential run. However, legal experts have stated to BBC News Brazil that they believe that the decision of Justice Fachin would very unlikely be reversed; his declaration that the Paraná court had no authority also aligns with the former decisions of the Supreme Court.

Considering the slow working of Brazilian courts and the short length of time running up to the presidential election in October 2022, it appears unlikely any potential conviction against Lula would be confirmed before that date. There is a chance that he could run in this presidential campaign if he so wished to, and an election between Lula and Bolsonaro to ensue.