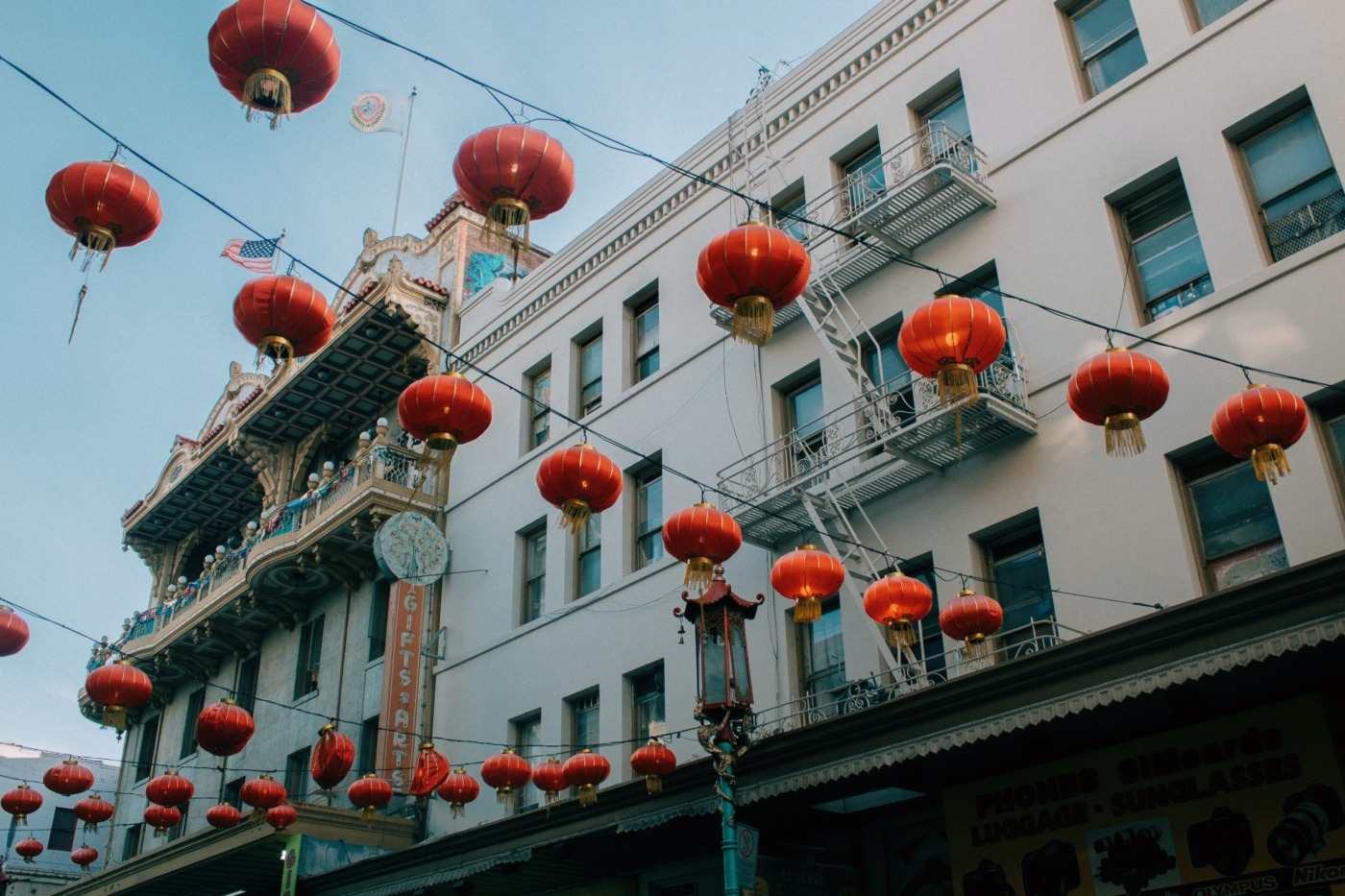 Throughout history, diseases and pandemics have been used as a tool to rationalise different forms of hatred such as homophobia, xenophobia and racism within society.

In the 1980s we saw HIV was blamed on the LGBTQ community and specifically in the USA it was also blamed on Haitian Americans. The swine flu outbreak in 2009 ignited a huge amount of hatred towards the Mexican community and was used to promote anti-Mexican immigration propaganda. In 2014, the Ebola virus further contributed to the already systemically racist Western society, with the disease often being illustrated as African, West African or having originated from countries in the globe which are racially Black, even though it was scientifically proven that any race was more medically vulnerable to the virus than others.

Today, coronavirus has impacted everyone’s lives and freedoms hugely and has arguably been the biggest pandemic of this generation’s lifetime. It has taken the lives of an estimated 2.85 million people worldwide. It is alleged that coronavirus originated in Wuhan China which already began to fuel a rise in racist attacks and sentiments towards Asian people.

Coronavirus has unleashed a huge wave of hatred, abuse and racism towards the Asian community

However, this was not aided by previous US President Donald Trump’s labelling the coronavirus as the “Chinese Virus” or as “Kung flu”. These statements along with media messaging often continuing Asian image in conjunction with coronavirus have unleashed a huge wave of hatred, abuse and racism towards the Asian community.

The coronavirus has seen a spike in attacks and harassment towards those of Chinese descent. It has also impacted those who are not even Chinese, as many racist aggressors fail to differentiate between the varying ethnic subgroups in Asia.

The reported attacks have been extensive and horrific. San Francisco saw an 84-year-old Thai immigrant die after being shoved to the ground during a walk. In New York, a 61-year-old Filipino American passenger was cut in the face with a box cutter on the subway. Several Asian Americans have been harassed with racism and rocks thrown at their homes. In Kansas, an Asian American lawmaker was physically threatened by an individual at a bar who threw accusations at him of “carrying the coronavirus”. During an anti-Asian racism protest, a man was arrested for assaulting a woman.

Many Asian American employees stated to The New York Times that they return home early as they are in constant fear of harassment, violence and abuse

In New York City many Asian American employees stated to The New York Times that they return home early as they are in constant fear of harassment, violence and abuse. In Sacramento, California, an Asian American butcher shop owner discovered a dead cat, which is believed to be intended for her, in the parking lot of her store. Police are currently investigating this as a hate crime.

The Asian hate crime that hit headlines, however, was the shooting of three spas in Atlanta, Georgia which resulted in the death of eight people; six of those killed were Asian. The death of these women and the clear attack on the Asian community stirred fear amongst the Asian community worldwide. It demonstrated an alarming rise in aggression and severity in the attacks and rate of attacks perpetrated against Asians because of the coronavirus pandemic.

Below are just some sites of attacks and reports of discrimination, taken from the BBC and research by Stop AAPI Hate. Click on the sites to find out more about the attack or testimony from those sho have faced discrimination

Is Anti-Asian racism new or have we been ignorant of it?

Attitudes of Sinophobia have been a recurring sentiment throughout history which have prevailed to the present day. We could refer back to some early sentiments of Sinophobia in modern history from the remarks of Woodrow Wilson, the 28th President of the United States.

Woodrow Wilson inception of the League of Nations is a significant marker in international politics and liberalism. At the time the Chinese government admired his liberal policies of non-interference in other states, as then and now, it aligned with their foreign policies and his proposals of “all men being treated equally”.

However, Woodrow Wilson statements were regarding those of the Western world, in fact, offensively described those in Asia as the “primitive East”. Not only did he exclude east Asian states and Japan from the Paris climate conference and other international conferences, but he also was instrumental in blocking a proposal to the amendment to the Treaty in the Versailles Convention in 1919 from Japan.

World War Two saw the US set up internment camps for Japanese Americans, which was followed by anti-Asian sentiments due to wars in Korea and Vietnam. These are seen to have contributed to further deepening Sinophobic attitudes in the US throughout the 20th Century.

Anti-Asian Racism is not exclusive to politics or the USA

Asians have been racistly labelled with beliefs from the West that they carry the disease for centuries. During the 1800s there were beliefs perpetuated in the United States by white labour unions that there were “Chinese” disease strains that were more dangerous than those borne by white individuals to forward an immigration ban as they feared Chinese labourers were acquiring jobs that could be done by white labourers.

However, discrimination towards Asians is not something that is US specific. Sinophobia has not been something that is exclusive to international political history but is something that has trickled its way down into different disciplines and Western society. An anti-Asian sentiment surrounding the coronavirus pandemic is not the first-time disease has been associated with Asians as a cohort.

Additionally, anti-Asian racism has also had a long history in Australia and New Zealand. There were many laws put in place during the 19th century in Australia to push the “White Australia” policies and agenda at the beginning 20th century. New Zealand has a fairly similar history, with Asian people having faced discrimination that is more silent and institutionalised over the last 150 years in New Zealand. These histories have left lasting pain amongst the Asian communities in Oceania to the present day.

Tim Soutphommasane, Australia’s former race discrimination commissioner and political theory and sociology professor at the University of Sydney, stated that history has demonstrated that minorities are often discriminated against during pandemics. He continued that minorities often become scapegoats and that often hidden hostility is released towards certain groups.

Sarah Owen MP, the first Labour MP of South-East Asian descent and also the first female MP of Chinese descent in the UK, has expressed similar sentiments as Soutphommasane.  She expressed that anti-Asian racism has been part of a long history of exclusion and that even though the events of the last year have been “relentless” we shouldn’t ignore that this was an issue before the pandemic.

Owen, who has experienced online harassment and abuse for her heritage, has also voiced that she believes the lack of detailed data collection to understand the diversity within the East and South-East Asian (ESEA) community. Equally, there has been a lack of representation in positions of leadership and the media leading to the downplay of racism perpetrated against those of ESEA descent. Owen believes that because of this lack of representation and voices for the community to speak out against the racial divisions and the racism those of ESEA descent experience.

There have been decades of discrimination perpetrated towards those of Asian descent in the UK which have included discriminations in the workplace, racial profiling and severely poorer health outcomes than those who are white in the UK. The deep roots of sinophobia need to be tacked in the UK, USA and the rest of the world.

In person or online in the UK: https://www.citizensadvice.org.uk/law-and-courts/discrimination/hate-crime/how-to-report-a-hate-incident-or-hate-crime/