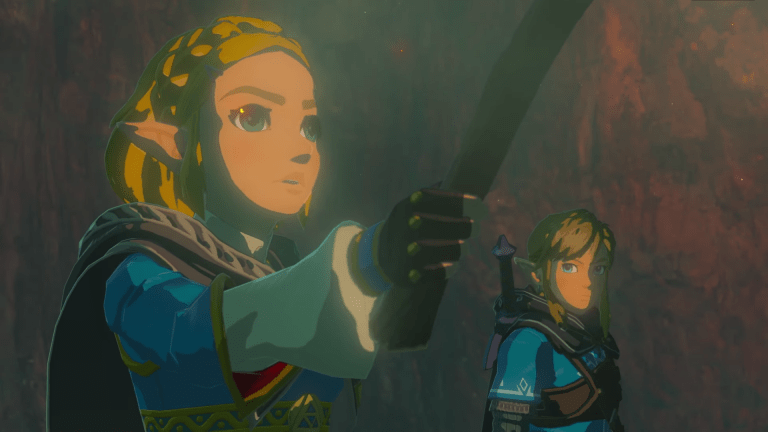 The Legend of Zelda has come a long way from its humble origins of Shigeru Miyamoto’s childhood countryside explorations around his hometown of Sonobe, Japan. It has swelled into one of the greatest game franchises, one which we eagerly await any new news of with the 35th Anniversary and the hotly anticipated Breath of the Wild 2.

Piecing together this legend into a timeline has been a hobby of Zelda fans for years. The Hyrule Historia is now a decade old, having been released to coincide with Zelda’s 25th anniversary as Nintendo’s attempt to fit Zelda into a timeline, after years of wanting to leave it to the fans’ imaginations. They did so by using Ocarina of Time to split the timeline into three. One of the most intriguing ideas in Breath of the Wild (BOTW) is that it sits at the end of all timelines, reunifying what Ocarina shattered. Fitting for the two greatest games in the series.

It is interesting that the timeline with the greatest, and first games of the series are placed in the timeline where the hero fails in Ocarina. The rest of the games serve to add to the pre-Ocarina history with a couple of games in the victorious child and adult timelines. Some fleshing out of the child and adult victorious eras would be great to see in the future and see where each of these timelines converge back on the BOTW saga. It has sadly been since the early DS/Wii era where these last got touched.

The Breath of the Wild saga (Age of Calamity, BOTW, and the upcoming BOTW2) has amplified all things Zelda, so I wouldn’t be surprised if more games from the series’ history get the Wind Waker treatment or an anniversary collection akin to Super Mario 3D All-Stars. To me, it is a shame there is no direct successor in handhelds to the 3DS, as if this existed it would give so many more opportunities to add games to the series, especially in the smaller timelines. We cannot forget they remade Ocarina of Time and Majora’s Mask for the 3DS, so it is completely possible to do great games on a handheld device. I am biased, however, as the 3DS entry A Link Between Worlds is what first got me into the series.

In retrospect, it is sad that I missed out on so many previous Zelda releases. Such is the problem when the series is 35 years old and you were not even born when Ocarina of Time first released. But we have recently been blessed with remakes, remasters, re-releases, and some amazing new games with another planned for the near future. The amount of content packed into the BOTW saga – the gameplay, the story, the characters – is enough for it to be able to stand by itself even if it weren’t a Zelda title. It is a true everlasting masterpiece.

Looking back to the original Legend of Zelda, in which the game used a top-down view of a very flat Hyrule along with pretty simplistic gameplay, it’s amazing to see the leaps, bounds, and innovations since that have created a wondrous, expansive, and rich world of Hyrule. The current era with free-roaming and free-spirit is the pinnacle of the series and a great call back to the roaming explorations of Miyamoto. The gameplay, the lore, and the legend spoil us with greatness.

The puzzles, the secrets, the adventure, and the hard work make the series continuously fun and everlasting. Dungeons have been a mainstay of the series’ history, BOTW showed that shaking this up with shrines and Divine Beasts was just as good. It is just pure fun, and this is what all games should strive for.

The series has countless masterpieces. I am desperate to play A Link to the Past and A Link Between Worlds once again – the games that quietly paved the way for modern Zelda. A Link to the Past is reportedly Miyamoto’s pick for the true sequel to the original, as the vastly different choices made in The Adventure of Link was another case of Nintendo’s second games in a series opting for a slightly strange direction and design. A Link to the Past introduced the now-infamous Master Sword and laid the foundations for future Zelda with parallel worlds, multi-level dungeons, and the fan favourite Hookshot. I would personally love a full remake of this game – considered one of the greatest in history – and it would be a fitting way to celebrate the 35th anniversary, not least as I really want to play the game properly.

A Link Between Worlds is equally vital. It cemented Zelda’s commitment to non-linearity and greater freedom than any previous game, and the merging with walls concept showed just how versatile the game could be. A Link Between Worlds proved Nintendo could make bold new changes while sticking closely to its history and formula. And as a handheld title, it deserves more praise just for that too.

I, for one, cannot wait to see what creative decisions they take in the future

Since then, we have seen Breath of the Wild ditch the classic dungeon formula in favour of a grand overworld and Divine Beasts with shorter, smaller shrines. We have seen two collaborations with the Warriors franchise, culminating in a magnificent Age of Calamity that showed that it could bring the story without needing to play the exact same as normal at all. We can only wonder how Breath of the Wild will turn out, and what new innovations it may bring. Perhaps Link could be whisked away into a parallel world or will time travel, or perhaps even explore the world beyond Hyrule.

Zelda has been no stranger to taking leaps in the distant past. Majora’s Mask was a massive departure from Ocarina, yet it is just as popular, even if it is sort of a side quest of a game. We cannot also forget how the originally divisive cel-shaded graphics of Wind Waker have stood the test of time much better than Twilight Princess. I, for one, cannot wait to see what creative decisions they take in the future. With a Warriors-style game in Age of Calamity acting as a direct prequel to BOTW, I really hope this opens the doorway to expanding the timelines elsewhere. 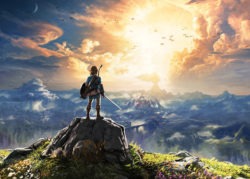 The Legend of Zelda: Breath of the Wild – Games of the Decade