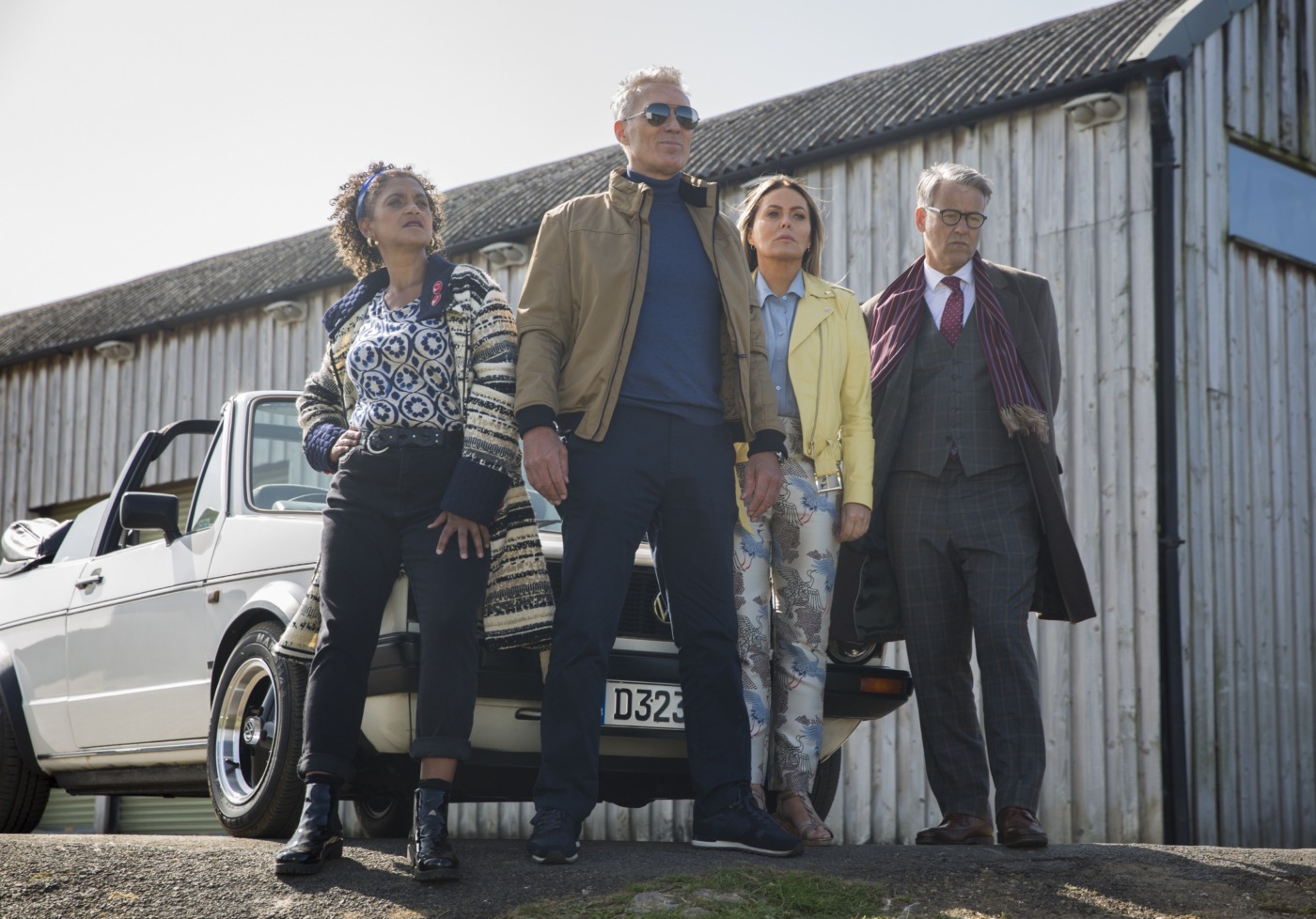 Last March, ITV aired McDonald & Dodds, a chalk-and-cheese crime show that picked up some mixed reception. In my review of the second episode, I said that I hoped we’d revisit Bath with a longer run, and my wish has been granted. And, fortunately, on the strength of ‘The Man Who Wasn’t There’, the show has dealt with some of the issues that held back its first run. This episode is quirky and engaging, and it builds on the strong dynamic between its two leads.

In picturesque Bath, five old friends go up in a hot air balloon, but things go wrong – a carabiner breaks and forces a crash landing in the middle of the city. On impact, there are only four people in the basket, and on discovery of the body of the fifth, DCI Lauren McDonald (Tala Gouveia) suspects that he was pushed and murdered. She and DS Dodds (Jason Watkins) dig into the background of the four survivors, all 1980s icons who claim to be living the dream, but their investigation is complicated by the arrival of Roy Gilbert (Rob Brydon), an air accident investigator.

This episode is quirky and engaging, and it builds on the strong dynamic between its two leads

Given the rather limited suspect pool, ‘The Man Who Wasn’t There’ would have struggled without a good supporting cast – here, we’ve four actors who are just about hamming it up enough to get away with it. Martin Kemp is the main point of focus as Mick, a former music mogul and pilot of the balloon whose easy charm rubs McDonald the wrong way. He’s joined by the ever-dependable Rupert Graves, Patsy Kensit and Cathy Tyson, all of whom thrive as a close-knit group of people who you don’t really want to like. Our other major character is Gilbert, played in a very understated way by Brydon, and I liked his kindred nature with Dodds.

I want to talk a little about the plot, because it was a bit of a mixed bag. The set-up of the mystery turned out to be far more engaging than I initially expected, going through a number of twists (both plausible and slightly less so) on its way to the truth. I really liked how the case built up, with Dodds again the source of some very impressive deductions, and I didn’t know who was responsible for a good chunk of the episode. Some of the evidence is very clever, and it builds up naturally – there’s something about the incremental deductions in this show that really works, and reminds me of some episodes of Columbo.

But this episode suffered from a flaw that I also detected in the show’s very first instalment – it reveals some big pieces of the plot far earlier than you think it should, which defuses a lot of tension. There’s a final confrontation in a cathedral that’s really well-acted, but the impact of the reveal is lessened because their identity is essentially revealed 30 minutes earlier. Just to hammer home the point, this comes with one of the least-convincing attempted murders I’ve ever seen in a crime show, and it’s the one point in the episode that I thought stretched credibility just a little too much.

There’s a big space on TV for crime shows that are a little bit nicer, and I’m glad this show is back to fill that gap a little bit

McDonald & Dodds isn’t the most demanding show, but I like its lightness and how pleasant it is – there’s a big space on TV for crime shows that are a little bit nicer, and I’m glad this show is back to fill that gap a little bit. The episode is definitely a promising step up on the first series, consolidating its cast dynamic and creating another engaging and (mostly) clever case. I’ll certainly be returning to Bath for the next two weeks, and I’m looking forward to seeing the duo crack some more cases.