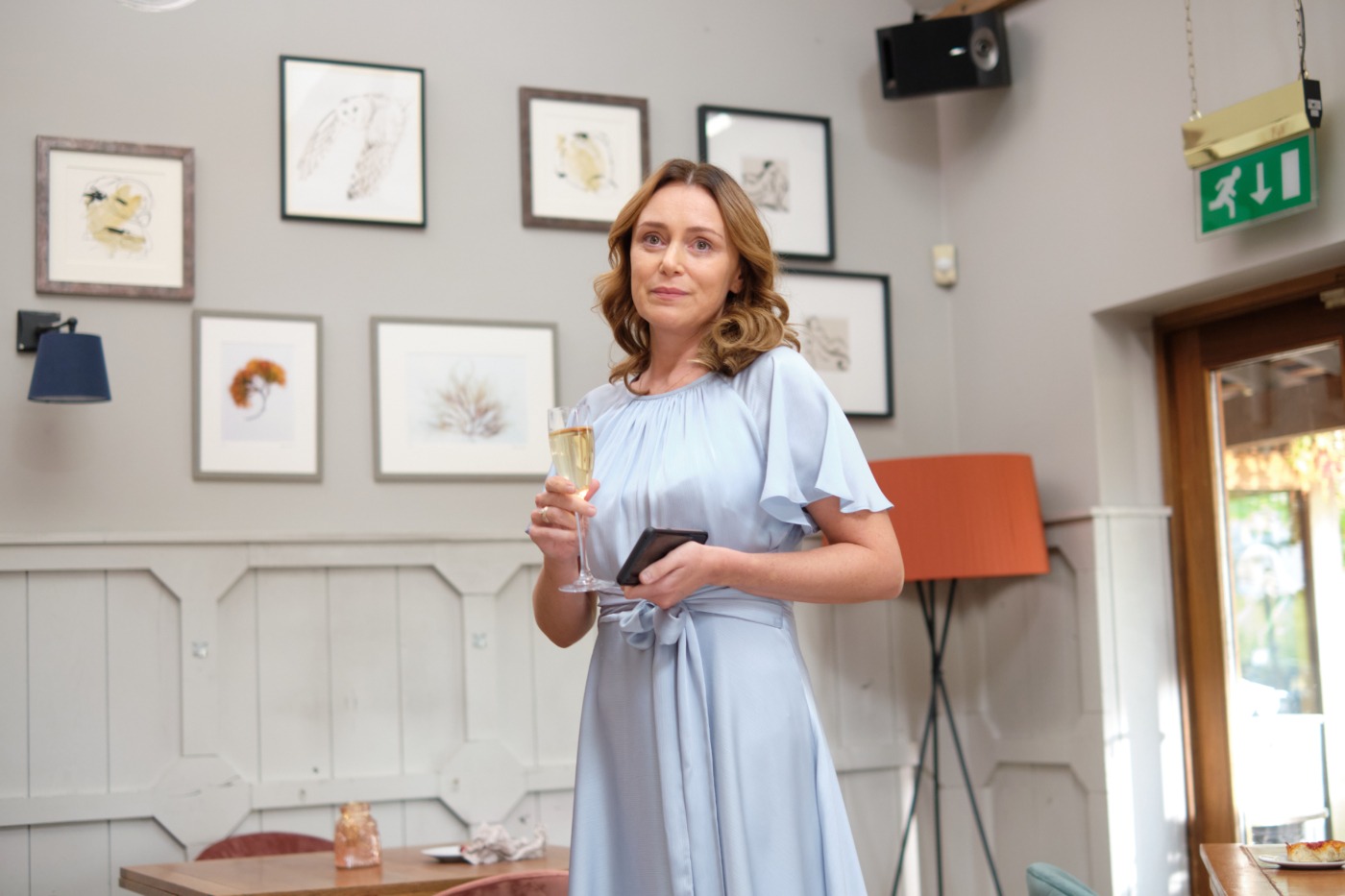 TV dramas starring Keeley Hawes are normally about as safe a bet as you can find – she’s generally brilliant in everything, and she chooses roles well. Well, there always needs to be an exception that proves the rule, and that comes in Finding Alice. ITV’s latest Sunday night drama is a confusing watch that feels very unfocused, wasting a lot of potential throughout its run.

It’s hard to describe what Finding Alice is about because, in all honesty, it doesn’t feel as if the show knows itself. Generally speaking, it follows a woman called Alice (Keeley Hawes) – she, her daughter Charlotte (Isabella Pappas) and her husband Harry (Jason Merrells) all move into a new smart home designed by the latter. On their first night, Harry falls down the stairs and dies, leaving Alice vulnerable both financially and mentally. She contends with her family and the risk of losing her home as she discovers some of Harry’s secrets.

ITV’s latest Sunday night drama is a confusing watch that feels very unfocused, wasting a lot of potential throughout its run

Plotting-wise, the series was – to put it charitably – a big mess. I initially thought that the show would concern itself with the mystery of why Harry fell, and the identity of a person caught on CCTV at the time of his death. But that wasn’t the case – this was all wrapped up by the end of episode three, and I was intrigued to see where it would go from there. I shouldn’t have got my hopes up – it staggered on, barely stringing events together, and then left most of the story open in what I can only assume is the misguided hope of Finding Alice series two.

There were a number of subplots that weren’t anywhere near as engaging as the show seemed to think – Alice’s desperate attempts to hang onto the house despite not owning it in any way, and her increasingly bizarre decision to become a property developer herself. The series-long arc of whether Harry’s illegitimate son George (George Webster) would sign away his inheritance goes exactly where you’d expect, and makes him into an unnecessary villain in the process. On the villain front, there was also a lot of confrontation with Tanvi (Ayesha Dharker), Harry’s business partner who was needlessly sinister from the off. By the time Alice tries to inseminate herself with Harry’s sperm that she’s scraped off garbage (I kid you not), you may suspect there isn’t much of a plan here.

It’s a real shame, because Finding Alice mostly squanders the talents of a really impressive cast. Keeley Hawes is normally really reliable, but Alice is too unpleasant a character to really like – rude to everyone, concerned only with herself and seemingly unable to function at the best of times. She makes so many poor decisions throughout the story that it’s impossible to root for her. We get some decent showings from Nigel Havers and Joanna Lumley as Alice’s parents, by far the funniest characters in the show, and Kenneth Cranham and Gemma Jones as Alice’s in-laws are totally wasted. They hardly feature at all, and the story is begging for their character’s presence.

The show is a mess – it can’t decide if it wants to be funny, serious, poignant, mysterious, satirical, and so it manages none of them

I was very impressed with Pappas as Charlotte in her first major TV appearance – she’s a talent, and hopefully we’ll see more of her. I also enjoyed Hawes’ relationship with pathologist Nathan (Rhashan Stone), in terms of both their discussions about grief and the suggestion of a possible romance. It seemed to me a good route for the show to explore, so obviously co-writers Simon Nye and Roger Goldby didn’t, instead matching Alice up with a grey accountant who told her he needed a kitchen and bought hers before inviting her to his house, where she could see he didn’t. If it sounds stupid written down, imagine how it feels to watch.

Somewhere, buried within Finding Alice, is a witty drama about grief and its impact on our lives, but it’s buried deep, and it makes the few good scenes all the more frustrating. The show is a mess – it can’t decide if it wants to be funny, serious, poignant, mysterious, satirical, and so it manages none of them. The end result is a bizarre watch – it feels as if it should be so bad it’s good, but it doesn’t even hit that bar, wasting an excellent cast and a genuinely interesting premise in the process.