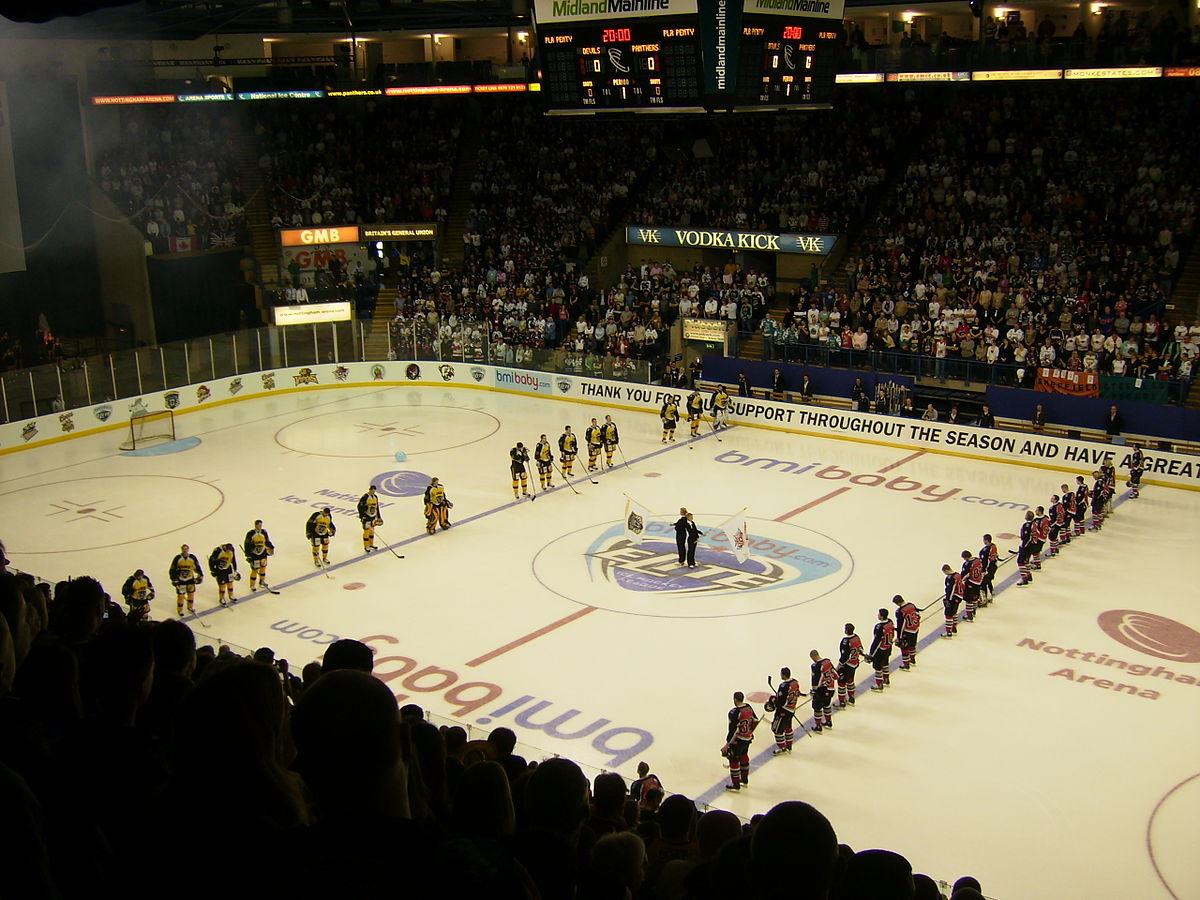 Four Elite Ice Hockey League (EIHL) clubs will return to the rink next month to contest the Elite Series. With preparations ramping up ahead of the five-week tournament, figures from around the league have revealed their excitement for the return of top-flight domestic hockey.

The Coventry Blaze, Manchester Storm, Sheffield Steelers, and Nottingham Panthers will return to the ice in April, with teams scheduled to select their players tomorrow (8 March). For the first time in EIHL history, a draft system will be used, allowing teams to build their rosters at short notice ahead of the competition.

Around 70 British players have signalled their interest in taking part, as they seek to earn a place on the plane to Latvia for this summer’s IIHF World Championships. For more information about the Elite Series Draft, click here.

Ryan Finnerty, head coach and general manager of the Manchester Strom, revealed that he has been involved in talks with players from his 2019/20 roster.

“I am delighted with the response so far,” Finnerty told the Storm club website. “Plus, if things go according to plan, we might see a few fan favourites donning the Storm colours once again.

“The chance of live hockey [being played] in this country a few weeks ago appeared to be way in the distance, but I’m very grateful for the opportunity that has presented itself to the club.”

The Storm, who ended the 2019/20 season eighth in the EIHL standings, will select the first player from Monday’s Elite Series Draft. As a result, Liam Kirk – the first British player to be drafted by an NHL franchise – could feature for Manchester next month.

Finnerty added: “I have absolutely no doubt in our ability as a franchise to assemble a very competitive squad for the upcoming fixtures and as always providing great entertainment for our fans.”

The Sheffield Steelers, as a result of their .64 point-percentage in 2019/20, will pick last in the Elite Series Draft. Regardless, head coach Aaron Fox is eager to return the bench.

“I’m so excited,” Fox told the Steelers’ website. “This has come at just the right time, 12 months since we played our last game winning the Challenge Cup.

“I’ve already made contacts with lots of players both here in Sheffield and overseas. We won’t have an issue filling our roster that’s for sure.

“I’m guessing that the team will be made up from existing Steelers players that we were hoping to bring back this season together with others from around the Country, Europe and North America.”

Fox is optimistic that the quality of play in the Elite Series will be high, with players returning from Europe to compete in the EIHL’s four-team comeback.

“Some leagues are coming to an end in Europe and many players will be looking to bolt an extra five weeks of hockey. Some others might not have played at all this season and will be looking to showcase themselves ahead of next year.

“It’s exciting times for sure and we are throwing ourselves into this series with maximum effort.”

In Nottingham, the Panthers have confirmed the return of head coach Tim Wallace. Wallace, formerly of the MK Lightning, is expected to work alongside director of hockey Gui Doucet during Monday’s draft.

In an interview with BBC Radio Nottingham, Doucet said: “[The Draft is] not something I expected, it’s not something you can fully be prepared for, there’s going to be some curveballs thrown at us, I’m sure. But it’s a challenge, it’s fun, I think I’m going to learn a tonne in the coming weeks and I’m going to work closely with my staff to make sure we get this right.

“It’s an opportunity for us to learn and try things, and use these next twelve games to get better.”