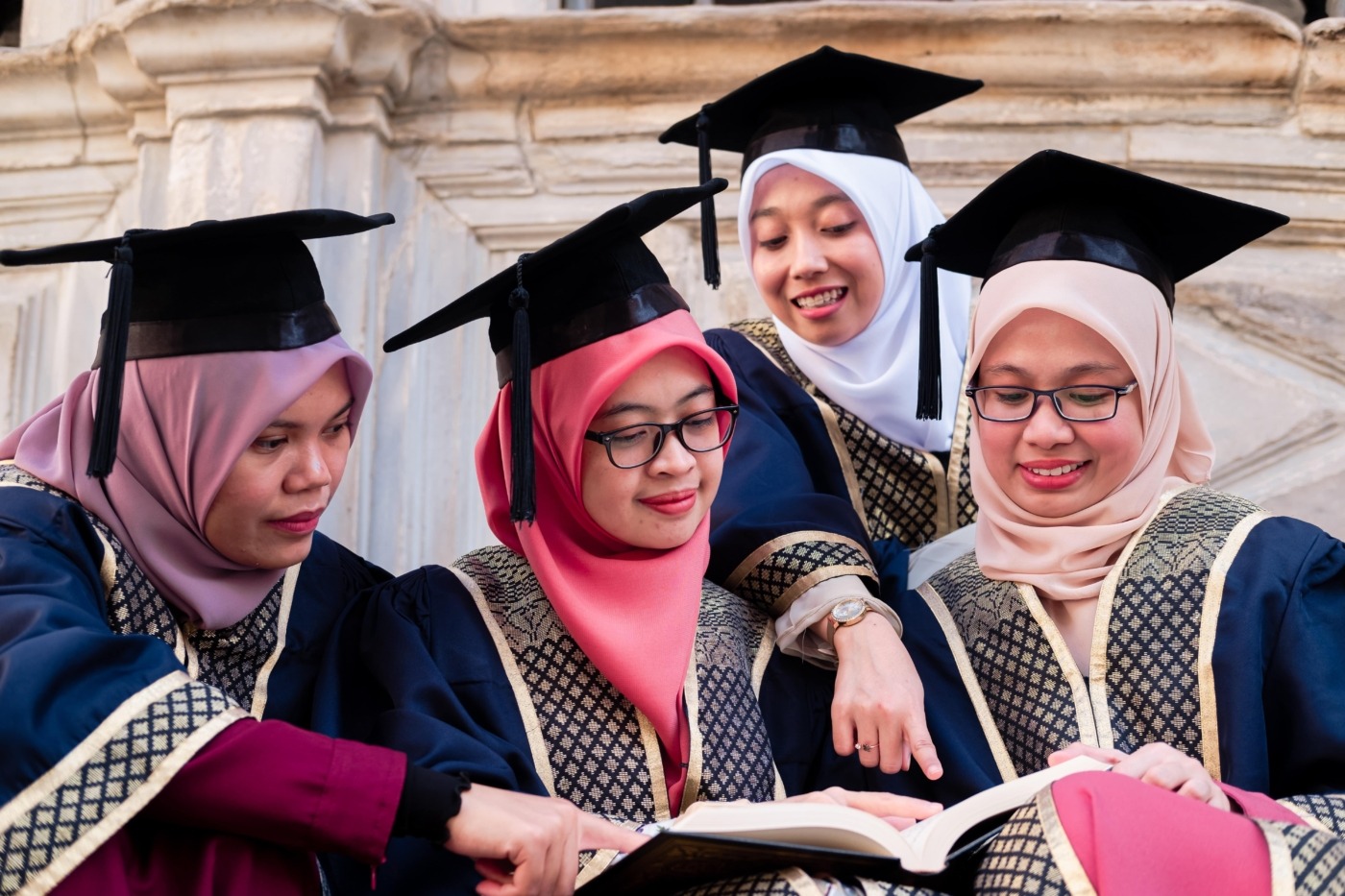 Over the years, more barriers have been put in place creating more difficulties for Muslims to be able to access Higher Education within Europe. Often, these specific barriers required Muslim people seeking higher education to choose between pursuing academia and their own religious beliefs.

This decision was subsequently made when a case involving Francisco Ferrer College being confronted by a group of Muslim women, after not permitting them to wear head coverings, was transferred to the constitutional court. The decision of the constitutional court was met with outrage from the Belgian public who engaged in a protest which consisted of an estimated 1,000 people. The peaceful protest, #HijabisFightBack, was organized by three local NGOs who specialise in battling for social inclusion and representing Muslim women. Protesters maintained social distancing and wore masks throughout. The protest included largely women who were not wearing headscarves but were fighting for their peers to be able to have the freedom to be able to wear their headscarves as they argued that there is no freedom if a woman is not permitted to wear whatever she likes regardless of religion.

Half of the country, went forward to ban teachers from clothing themselves in headscarves

Belgium is not the only country to ban Muslim religious headscarves and symbols in places of Education. Chancellor Angela Merkel stated on 6 December 2016 that the adornment of full-faced veils should be banned “wherever it is legally possible” in Germany. Following this, in early 2017, Bavaria went ahead in banning full-face veils in polling stations, universities, schools and government offices. 16 states in Germany, half of the country, went forward to ban teachers from clothing themselves in headscarves. In Hesse, this included the prohibition of civil servants wearing headscarves.

In January 2017, Austria went ahead in enforcing legal bans on niqabs and burkas in public spaces such as places of education and schools. During the initial ban of the full-face veils, the Austrian government claimed they were considering a blanket ban on other religious symbols such as headscarves. It was seen as a countermeasure to the rise of the far-right Freedom Party.

However, in 2019, Austria went on to ban headscarves in primary schools. The government stated that this law would not affect the Jewish kippa or head coverings worn by Sikh boys even though the text within the law refers to any “ideologically or religiously influenced clothing which is associated with the covering of the head”. The centre-right People’s Party (ÖVP) and the Far-Right Freedom Party (FPÖ) have made it clear that these laws are targeted at the Islamic headscarf with Wendelin Mözler, FPÖ education spokesman stating that the law was a direct gesture against political Islam.

France has perhaps been the biggest opposition within Europe to Islamic headdress with the complete ban of full veils despite the country having the largest Muslim minority in western Europe. The nation issues €150 penalties to any woman wearing a full veil and the fine of €30,000 for any person caught forcing anyone to cover their face. Additionally, France has banned the clothing of Muslim headscarves and alternative “conspicuous” religious symbols at places of education in 2004 with huge political and public support from the country.

In Britain there is no present ban on Islamic dress. However, schools are permitted to determine their dress code independently after a 2007 directive. There have been discussions on full-face veil coverings in 2010. But then-Schools Secretary Ed Balls claimed it was “not British” to dictate was people could and couldn’t wear in the street after claims by the UK Independence Party demanded full-face covering of Muslim veils to be banned.

Jeremy Brown, Home Office Minister, stated that there was a necessity for a national debate about Islamic veils in public places such as school and places of higher education in September of 2013. Following this UKIP gained first place in the European elections in Britain. Nigel Farage, then UKIP’s leader, stated that full face-covering veils are an emblem of oppression to women, threats to UK international security and an ever-increasing division in Britain. This sparked further debate in Britain highlighting that 57% of British people would be for a ban of burkas in the UK in a YouGov poll which was conducted in August of 2016.

Within the beliefs of Islamic finance, money has no value it is only used as a mode of exchange. However, all transactions must have 100% equal value. No Muslim person is permitted to benefit from borrowing or acquiring money. This creates the Sharia law that earning interest (riba) is strictly prohibited for banks and individuals.

[Some Muslim students] have to choose between financing it themselves, attaining scholarships, placing their religious beliefs as secondary or not going to university altogether

Unfortunately, for Muslim students in the UK, there is only one system in acquiring student finance. Therefore, they have to choose between financing it themselves, attaining scholarships, placing their religious beliefs as secondary or not going to university altogether. This means that many Muslim students are prevented from going to university altogether as the interest involved in student loan companies goes against their religious beliefs.

In 2013, Prime Minster David Cameron declared that they would aim to introduce new alternatives for Muslim students to be able to receive student finance without it infringing upon their religious beliefs. Additionally, he stated that never again should a Muslim person in Britain feel unable to go to access higher education because they are unable to receive a student loan.

In 2020, there are still no alternative routes to acquire student finance for Muslim students in the UK. The UK Islamic Finance Council was commissioned to create alternative routes to make higher education more accessible for Muslim students. They have put a clear framework forward to the Department for Education but have been waiting a while for approval, much to the frustrations of the National Union of Students who have stated that this is a matter of urgency.

The Department for Education responded by stating that they committed to ensuring all students can benefit from higher education, despite no responses to the UK Islamic Finance Council plan as of yet.

The combination of the ban of Islamic dress throughout institutions across Europe and difficulties in financing a pursuit in higher education has put European Muslim students in an awkward position. It requires them to choose between their religious beliefs and pursuing higher education which potentially lead to increased educational divisions between those who have Muslim and non-Islamic beliefs. It puts blockades in a way meaning that fewer Muslim students can gain the same level of education as their non-Muslim counterparts based solely on their religious beliefs and cultural identity.