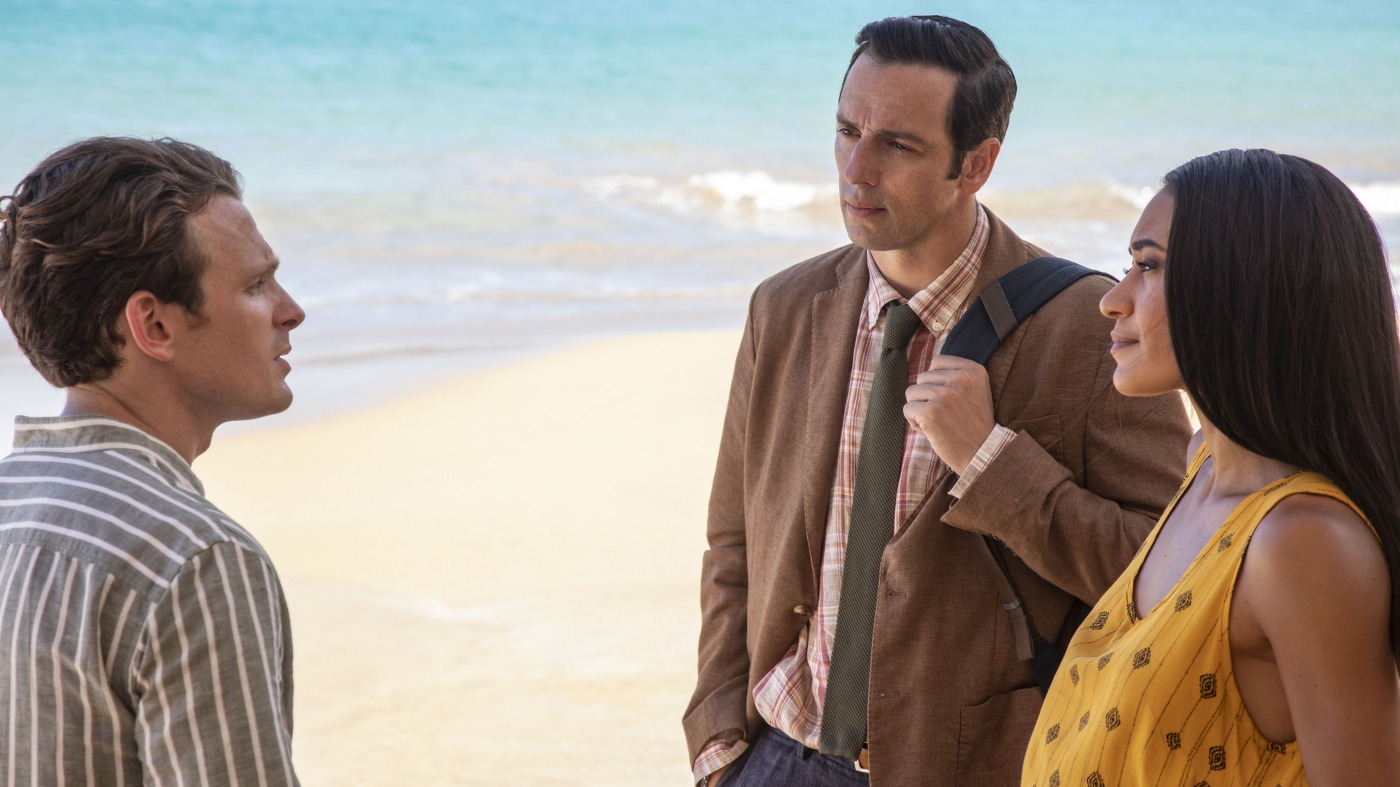 The sun has set on paradise until this time next year – by which I mean, series 10 of Death in Paradise has just wrapped up on the BBC. The murder mystery show has become a staple of the BBC schedule, and now that this run has finished, I want to reflect a little on this tenth trip to paradise and the show’s ten-year run.

In case you’re unfamiliar with the show (and you’re really missing out if you are), Death in Paradise sees a team of detectives investigate murders on the Caribbean island of Saint Marie. Our current lead detective is DI Neville Parker (Ralf Little), who is neurotic and allergic to everything, but encouraged to throw himself into island life by returning sergeant Florence Cassell (Joséphine Jobert). His team has a new addition, former young offender and trainee police officer Marlon Pryce (Tahj Miles), who is taken under the wing of the stalwart JP Hooper (Tobi Bakare).

I like solving mysteries, and I love having the rug pulled from under me, and Death in Paradise manages both

One of the joys in this show is pitting yourself against the crafty writers, and attempting to figure out how the crimes were committed. Occasionally I manage – I cracked the opening case, which pits Neville against a devious newsreader – and other times, I didn’t have a clue. There’s an episode that sees Neville in hospital, and his nurse supposedly commits suicide, and the script is really clever. I had no idea where it was going, and a lot of the seemingly-unrelated plot details turned out to be key parts of the puzzle. I like solving mysteries, and I love having the rug pulled from under me, and Death in Paradise manages both.

Death in Paradise also thrives as a character drama. I’ll be honest in that I didn’t like Neville at the end of last series – it seemed to me they had largely made him a big ball of quirks – but I really liked what they did here. He has a different dynamic with the island’s police commissioner, Selwyn Patterson (Don Warrington), in that the chief initially doesn’t like him – in my eyes, anything that gives us an opportunity for more Patterson is a good thing. His increased presence lifts the cast, which was already really good, to new highs.

The real story of this series, though, is one of relationships. Neville is infatuated with Florence – although Catherine (Élizabeth Bourgine) needs nudging him to admit his feelings, Neville is unsure if it’s the right thing to do. This dynamic, christened ‘Floreville’ by the fans and spurred on by the cast on social media, is really charming and believable. Little sells Neville’s lovelornness, and I look forward to seeing what the show does with it. The only key partnership is the charming one between JP and Marlon – JP hopes to help Marlon reform, and his efforts to do right by his partner start to pay off. Bakare has been a fixture of the show for years and is sadly leaving, but this storyline feels true to the character, and it’s a real high on which to go out.

Little sells Neville’s lovelornness, and I look forward to seeing what the show does with it

There have been a lot of good bits this series, though. One episode pits the team against a bunch of toffs who are some of the most unlikeable suspects on this show, and seeing him start to break them is really satisfying. In the final episode, a police station showdown with the commissioner is incredibly tense and well-acted – but it also hits the emotion beats, such as a touching scene by the river where Neville and Florence discuss grief on the anniversary of her fiancé’s death. And I’d be remiss if I didn’t mention the return of Camille (Sara Martins) after Catherine is attacked, and a scene she shares with former inspector Richard Poole (Ben Miller) that brought a lot of fans (myself included) to tears.

It should be noted, too, that this tenth series also marks 10 years of the show, and it’s been a phenomenal time. I still remember when it first began, touting Miller as a fish-out-of-water detective who is dispatched to paradise to solve a locked-room mystery. I like crime shows and puzzles, and so I watched – I was blown away by the plotting, the sense of fun and, of course, the revelation that one of the detectives was actually the killer. It became essential viewing, and I still remember these cases well – a bride killed with a harpoon, or the shock reveal in the finale that a minor recurring character was a lethal killer.

Death in Paradise has a winning formula, and it has swiftly become a piece of essential viewing

Years went by and, although the show never strayed far from its core formula, it gradually evolved – in ways both obvious and subtle. The third series opened with the murder of Poole, paving the way for Kris Marshall’s run as detective. His affable and lovestruck Humphrey gave way to the even more affable Jack, played by Ardal O’Hanlon, whom I really liked. Little is the fourth detective to grace the sunny shores of Saint Marie, but he feels as if he belongs there, as did all these detectives before him. Paradise opens its arms to them, and to us by extension.

Over the years, the show has been unfairly buffeted by critics, describing it as fluff, but there’s a reason that millions tune in at the start of every year. We love the sun and the scenery, and that Caribbean sun in the middle of winter. We love the clever writing and the genius puzzles, putting our minds to the test every Thursday. And we love this cast of characters and the dynamic that they share, and the wonderful team of actors that bring them to life. Death in Paradise has a winning formula, and it has swiftly become a piece of essential viewing. Thank you to Robert Thorogood – who created the show – and all the cast and crew for lighting up so many households, and here’s to many more years on Saint Marie!