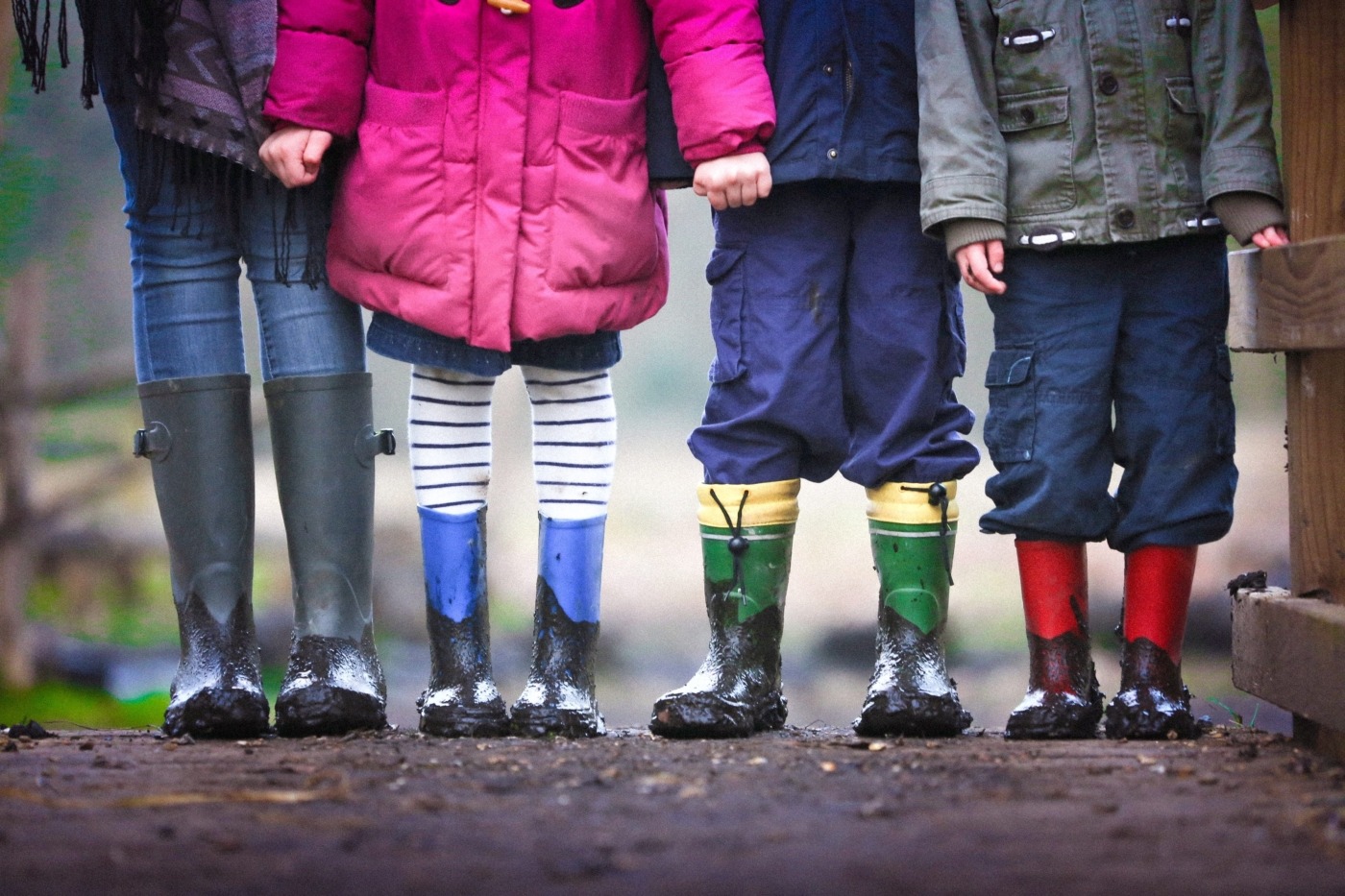 Why is Unicef feeding the UK’s children?

A domestic emergency response has been launched in the UK by UNICEF  to help feed the children worst affected by the Covid-19 crisis. According to the UN, the Coronavirus pandemic was the most serious crisis faced in the UK since the Second World War. As stated by the Labour Party, the fact that it has come to this is a “disgrace”, putting the Conservative government under fire for its lack of support to those less fortunate. The question most people are asking themselves is; how did it come to this?

UNICEF is a United Nations agency which is responsible for providing humanitarian and developmental aid to children worldwide. They work in over 190 countries with the mission of helping every child who needs it. Their work is extremely vast and includes, but is not limited to, promoting policies which ensure children’s rights, reducing child mortality, supporting equal education for all, assisting in emergencies.

From the various streams of work mentioned above, many people would assume that UNICEF only works in developing nations, not the typically “affluent” ones like the UK. However, this is far from the truth. Whilst some of their work, such as ensuring access to education, may be more prominently carried out in developing countries, other services are required in all areas of the world.

A YouGov survey carried out by the Food Foundation in May 2020 found that 2.4 million children in the UK were living in food insecure households

The pandemic has been hard on most people worldwide, and children in the UK are not exempt. A YouGov survey carried out by the Food Foundation in May 2020 found that 2.4 million children in the UK were living in food insecure households. This is very likely to have increased in the months following the survey. Food insecurity can mean a number of things, however by definition, Food Foundation declares it as “when an individual or household has insufficient or insecure access to food due to resource constraints”. This has been a problem in the UK for a very long time, however the pandemic has caused financial difficulties for many families which has accelerated the growth of this problem. Free school meals help parents who may be struggling as it ensures their child receive a healthy and nutritious lunch at school. However, due to the numerous school closures, this has been harder to access. Food vouchers have been allocated as an alternative however this varies massively based on location, organisation of the operation and availability. This means not all those who are entitled to free school meals are receiving the voucher alternatives, which has been subject to criticism in recent weeks.

As a response to the worsening situation, UNICEF has stepped in to help. They have pledged a grant of £25,000 to School Food Matters. This money will be used to supply breakfast boxes to 25 schools in Southwark, South London which is an area that has been drastically affected by the pandemic. This should provide 18,000 nutritious breakfasts with each box containing 10 portions. The founder and chief executive of School Food Matters, Stephanie Slater said: “By providing our breakfast boxes, families know that their children will have a great start to the day with a healthy nutritious breakfast.”

Numerous other organisations and charities have been working hard to help with food donations but this additional help from UNICEF is very much needed and appreciated. Abel & Cole, a food delivery firm, will also be providing 1.2 tonnes of fruit and veg to be included in these boxes.

Food poverty and insecurity has always been around. Although there have been efforts to reduce this, the pandemic has halted any progress that was being made by completely turning people’s financial, physical and emotional lives upside down.

Despite being the sixth richest country in the world, the UK’s food poverty rate, which largely affects children, is one of the highest in Europe. An estimated 8.4 million people in the UK are currently experiencing food poverty. While some people would assume that food poverty only affects the unemployed, this is not the case. An estimated 72% of children in poverty have at least one working parent.

According to The Trussell Trust food bank use has increased 74% over the past five years. This data was recorded up until 31 March 2020 just as the pandemic started to hit, so the true figures are likely to be even higher now.

Undoubtedly the biggest reason for falling into the food poverty struggle is because of a low or unreliable income. This can be caused by a number of reasons and can happen to anyone. This pandemic has shown a harsh truth which is that having a job does not always guarantee that you will be financially stable. During a crisis many jobs were lost and the number of people falling into food poverty grew.

Helping those who may be struggling financially or otherwise during these unprecedented times is vital. However, UNICEF’s involvement has caused many people to wonder why the government has failed to reduce or eliminate child hunger as well as food poverty on the whole in the UK.

Food poverty has been steadily increasing even before the pandemic hit which shows that not enough was being done to tackle it even beforehand.

The government is responsible for ensuring that people have adequate finances to live on. This means that if people do not have their own sources of income, they should be receiving benefits. However, as the food poverty statistics show, many people simply do not have enough money to have a constant supply of nutritious food and have to turn to food banks for help.

With the pandemic and Brexit to worry about, many would argue that the government has not been doing enough to support those who may be struggling with necessities such as buying food. The debate in October about whether to extend the Free School Meals scheme over the holidays caused a lot of outrage as people couldn’t believe that this was even being considered.

There are a number of organisations actively working to end food poverty for good, but it isn’t as simple as it may seem. Charities, anti-poverty campaigners, community projects are all working together. In the current crisis, it is important to prioritise getting food out to those who need it. However, in the long run, it is vital to do everything we can to tackle food poverty for good so that no one needs to rely on food banks or other charities.

There has recently been a new scandal surrounding free school meal replacements. Since schools are shut due to lockdown until at least mid February, some families who would usually be eligible for free school meals, have been receiving food parcels as an alternative. This varies by region and some people are still receiving vouchers rather than food parcels. However, some of the food parcels which have been received have caused outrage on social media. Some parents have shared images of food parcels which contain about £5 worth of food and are meant to last up to 10 lunches. The voucher alternative for this would be £30 so the inadequate food is making people question where the rest of the money is going. The company responsible for the most viral of the food parcel images was Chartwells. They responded by saying: “Thank you for bringing this to our attention, this does not reflect the specification of one of our hampers.” This caused even more outrage as they did not apologise or specify how they will be rectifying this, they simply gave a generic response to something which is clearly a huge issue at the moment

At the start of the pandemic there was a £20 a week uplift to Universal Credit. This is a great start and definitely goes a long way to contribute to essentials such as food. Unfortunately, this boost is only temporary and set to end in April 2021. There are campaigns currently ongoing to keep this change as permanent.

As individuals we can also make a difference. Of course food banks are extremely important and so any donations or volunteering you can do at them will go a long way. Apart from these suggestions, we can also help to campaign for more support and policies to be made. This can be done by signing petitions, writing to your local MP (or other organisations who may be able to help make a change) and in general spreading awareness about the issues surrounding food poverty in the UK. 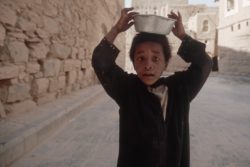 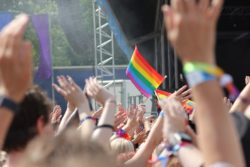