TIME TRAVEL: the legacy of the Beeching report

In a bid to boost its support in the Red Wall seats it won in the 2019 election, the Conservative government has announced £794 million investment in local rail services. £34 million of money is intended to rapidly progress plans to reopen the Northumberland line between Newcastle-upon-Tyne and Ashington, which was one of the many causalities of the Beeching cuts. The name ‘Beeching’ is a very familiar (and, for many, infamous) one in the rail world, and the consequences of the Beeching report are still affecting how we travel around the UK today. What exactly was the Beeching report, and how did it alter travel?

Britain had been running commercial rail since the first railway line was built in 1830 between the cities of Liverpool and Manchester. The network growth was really accelerated by the need to move people and goods around during the Industrial Revolution. In 1846, Britain passed the Railway Regulation Act, which authorised the creation of new private railways, with proposed routes covering 9,500 miles – a small number, however, when you note that the network comprised 23,440 miles of track by 1914.

In 1948, the railways where nationalised as British Railways, and the 1955 Modernisation Plan provided lots of money to convert stream trains to diesel and electric with the aim of making the system profitable. It didn’t pan out – the country was increasingly being served by alternative means of transport, such as cars, buses and aeroplanes, and so the rail system racked up losses. It had lost £104 million (roughly £2.24 billion in today’s money) by 1962, and that’s where Beeching enters the picture.

He died in 1985, and went to his grave knowing many held him responsible for the misfortune of UK rail

Dr Richard Beeching was a physicist and, in 1961, the Prime Minister Harold Macmillan appointed him the first Chairman of the British Railways Board. Macmillan tasked Beeching with the following: “First, the [railway] industry must be of a size and pattern suited to modern conditions and prospects. In particular, the railway system must be modelled to meet current needs, and the modernisation plan must be adapted to this new shape.”

Beeching studied rail traffic flows, and he concluded that many stations contributed very little economically, with one-third of routes carrying just 1% of passengers. The solution, to him, was clear – it was necessary to close down the bits that weren’t making money. As he said in a public information film at the time: “On one half of the whole route mileage of British Railways, there is only one twentieth of the traffic. The real question is whether you, as owners of the railways, want us to go on running these services at very high cost when the demand for them has very largely disappeared.”

The first Beeching report, The Reshaping of British Railways, was published in 1963, and it was hugely controversial. It concluded that 6,000 miles of mostly rural and industrial rail lines should close, as well as 2,363 rail stations. His belief was that trains should focus on what they did well – namely, fast transport between cities.  Over the next three years, adopting the recommendations led to the loss of around 70,000 British Railways jobs. Many small communities protested that they were losing their only form of public transport, and it hit areas in the South of England very hard.

A second report, The Development of the Major Railway Trunk Routes (1965), concluded only 3,000 miles of railway should receive further development, and that all railway traffic should be routed through just nine selected lines. The government rejected this report – its lasting legacy is the creation of the name British Rail, and the red double arrow logo that is still in use today.

Beeching defended his conclusions, saying: “I suppose I’ll always be looked upon as the axe man, but it was surgery, not mad chopping.” He died in 1985, and went to his grave knowing many held him responsible for the misfortune of UK rail. Asked whether Beeching was a hero or a villain, Monty Python star Michael Palin said: “Definitely a villain, to me, but then I have always have been a huge supporter of railways. There was something about the scale and the brutality of the attack that I remember at the time made me feel that this is wrong.”

But dislike of Beeching is not shared by everyone. Charles Loft, the author of Last Trains, Dr Beeching and the Death of Rural England, said: “Beeching has become a handy scapegoat for our frustration at the failings of the transport system and the destruction of ‘traditional’ branch line England by modern car culture.” He added that: “The real instigators of rail closures were civil servants trying to work out how adapt a country that was built around the horse and cart and steam train, to accommodate the cars people wanted to drive and the lorries business wanted to use.”

Sir David Higgins, the chief executive of Network Rail, shares some sympathy with this position: “Beeching has had a really bad press… the reality is he made the tough decisions that anyone in that position would probably have had to make, and the shame was it wasn’t followed on with investment in the subsequent decades after that.”

One of the ironies of the Beeching saga is, despite the story of the death of rail, Britain’s network is now going and busier than at any time since the 1920s. Certain analysts credit Beeching’s attempts to plan for the future as an important reason crucial railway lines were saved from cuts and have seen major investment in recent years. But for many, the end result is that the Beeching report created a two-tiered travel system – one which isolated towns and villages, and led to a brain drain to the big cities. The debate over reopening cut tracks demonstrates how Beeching’s legacy still affects our transport policy now – his actions, positive or negative, helped radically reshape how we move around the UK. 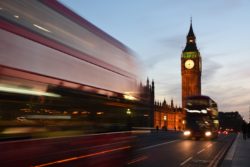 Why is a motorway tunnel being built near Stonehenge?