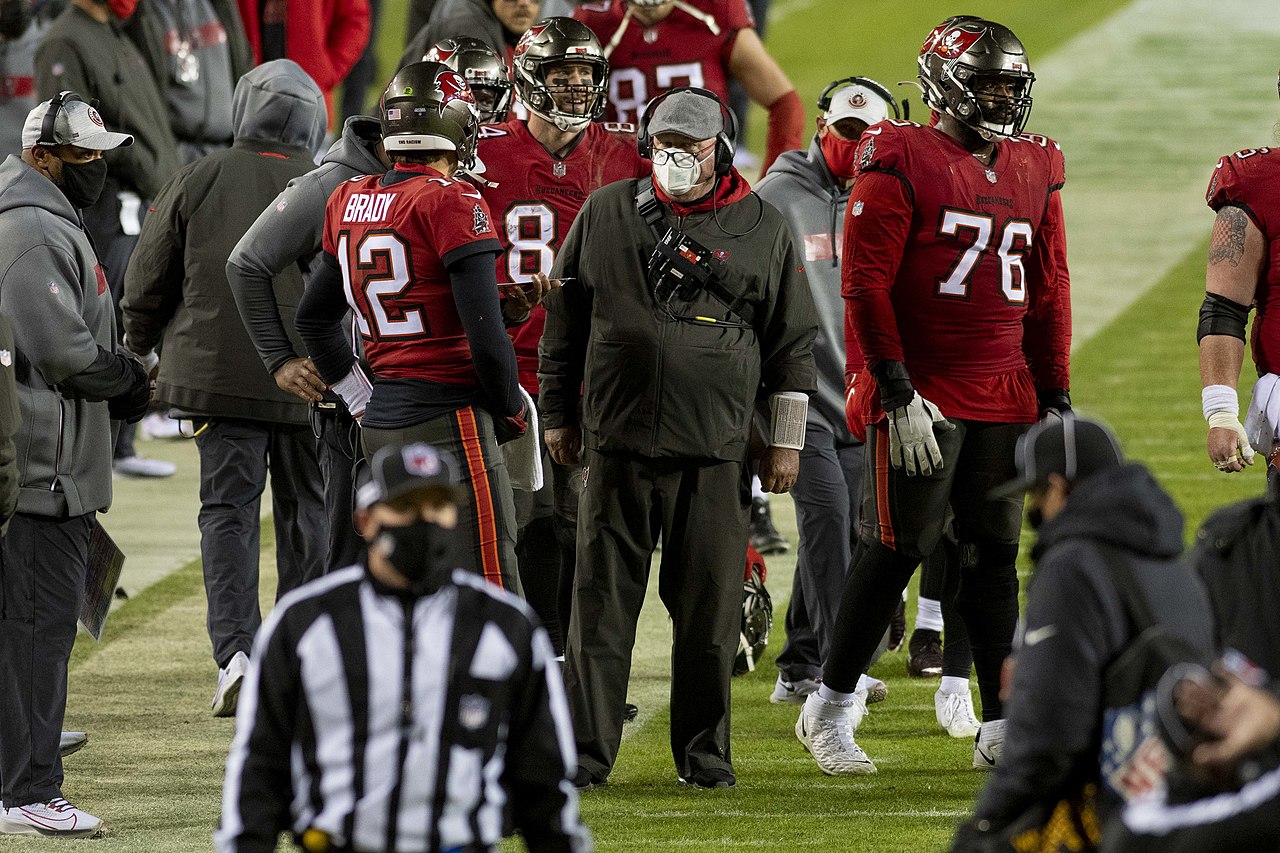 Tom Brady directed the Tampa Bay Buccaneers to a routine 31-9 victory over the Kansas City Chiefs to extend his league-best Super Bowl wins record to seven.

The evergreen quarterback combined twice with long-term teammate Rob Gronkowski in what transpired to be a mis-matched Super Bowl contest. Kansas City broke the deadlock towards the end of the first quarter with a 49-yard field goal courtesy of Harrison Butker but it wasn’t to be for last season’s champions.

Here’s what the result means for both franchises.

Tampa Bay Buccaneers show their quality with a professional performance:

In the 2020 offseason, the Buccaneers signed Brady as their starting quarterback to replace Jameis Winston. With a talented roster and experienced coaching staff, Brady was surrounded with the necessary tools to make the Bucs the first team to host a Super Bowl. He did that and more, turning the culture of the franchise around with a Lombardi Trophy in his first year in Tampa Bay.

Brady was pressured early but quickly found his groove. Despite many suggesting that the creative Chiefs defence would be able to stop Brady’s offence, the three-time NFL MVP was able to get his team moving.

A key part of the Bucs’ successes was down to their veteran presence. Outside of Brady, the Bucs found themselves utilising Gronkowski, Brown and Fournette effectively, all signed to Tampa Bay specifically for the 2020/21 season.

Tampa Bay’s offence will steal the headlines but, in truth, their defence stole the show against one of the NFL’s premiere offences. Dominating the wilting offensive line of the Chiefs, the Bucs did a great job of pressuring 2019 MVP Mahomes. Devin White was a standout performer in the middle of the field whilst cornerbacks Carlton Davis and Jamel Dean were effective in coverage.

The Bucs lost 27-24 to the Chiefs in the regular season, with Tyreek Hill being one of the key culprits in exposing the Tampa Bay defence. The Super Bowl was an entirely different story though as the Tampa Bay Buccaneers looked a rejuvenated team.

Prior to the game, there were rumours that Tampa’s Head Coach Bruce Arians would step down if the Bucs were to win. With the victory, he became the oldest coach to ever win a Super Bowl and has ultimately decided against retiring, hoping to make another run next year.

There is no doubt that the Tampa Bay Buccaneers were in “win now” mode. They did that, so now what? Brady will be returning, and it is believed that the Bucs will try to re-sign Gronkowski, but their window to reach the Super Bowl is surely limited due to their ages.

Take nothing away though – the Bucs victory has changed the culture of the franchise and has truly established Brady as one of the greatest athletes of all time. With such a lifting conclusion to their 2020/21 season, the general feeling is that the key players will return and try to make another run at the Super Bowl next year.

Heartbreak as the Kansas City Chiefs crumble on the biggest stage:

Despite being in the Super Bowl last year, the Chiefs looked nervous and inexperienced. Penalties were the story of their game as their mistakes piled up and the Bucs were able to capitalise. A defensive penalty on a Buccaneers field goal attempt set up Gronkowski’s second touchdown.

Another two pass interference penalties at the end of the second quarter resulted in the Bucs’ third touchdown of the first half.

With a makeshift offensive line, the Tampa Bay Buccaneers were able to pressure Mahomes. Despite the sacks not accumulating, Mahomes was constantly under duress as any Chiefs momentum was quickly shot by incompletions and broken plays.

The Chiefs backups were not the only ones struggling though. The Bucs were incredibly effective at bottling up Kelce and Tyreek Hill as they were often tightly covered by defenders. The inability of the Chiefs offence to gather any momentum without Kelce and Hill epitomised their lack of offensive depth outside of their stars.

Despite the loss, Mahomes was excellent once again. Though the stats will tell a different story, it often felt that the Chiefs quarterback was the only bright spot in an otherwise dormant offence. His athleticism to extend plays was impressive, but evidently not enough for his team to earn victory.

This defeat for Kansas City is not disastrous by any means. The Chiefs will retain many of their star players and can keep bolstering their young, talented roster. Disappointment is undoubtedly the feeling around the Chiefs camp but, due to Mahomes’ greatness, it is often easy to forget how young this team is.

Reaching the Super Bowl two years in a row with such a young team has been a great achievement already, and many Chiefs fans can be optimistic about their team’s successes in the future.

There is a flip side to this though. The infamous “Super Bowl hangover” is often found in the season following defeat in the showpiece event. The most recent victim? The San Francisco 49ers, who lost in Super Bowl 54 and finished last in their division the following year. Though the Chiefs are an experienced team, this defeat will surely be hard to come back from.