The dangerous impact of catcalling on women

CW: themes of sexual harassment and mention of rape

The first time a man honked at horn at me, I was 15 and walking home with my Mum.

“That happens,” she said afterwards. “Some women can take it as a compliment, but others don’t like it.”

She shouldn’t have had to talk about it the same way you say that the sky is blue or water is wet. Like periods, first loves and exams, the first experience of street harassment was seemingly a teenage rite of passage. It’s another ubiquitous experience of womanhood. Learning about our bodies is treated as much like public property as the roads on which it happens. Men are entitled to comment on our bodies and “compliment” us as they please.

Every girl I know has at least one story

What Mum didn’t know was that I had already had a taste of catcalls at school. I knew the comments made by boys about my boobs were degrading and wrong. Still, I didn’t have the vocabulary to understand that this was a common phenomenon with a name – catcalling. It didn’t matter that it was in a school; it still had the same effect. I switched schools in Year 10 when my family moved for my dad’s job, and one of my first memories was of someone shouting “GET YER TITS OUT!” at me.

The last time it happened, I was walking to the doctors in Earlsdon. It was another man in a white van. As he sped away, I span around, stuck both middle fingers up at him and said something too obscene to publish. It happened out of instinct. With rape culture, when you experience it and see how real it is, the anger grows stronger.

Every girl I know has at least one story like this. Many have worse stories – and those stories leave us terrified. We avoid dark alleys, building sites and travelling alone, whether on foot or public transport. A bad experience in a certain location can mean we travel a different route home. This should not be the normality.

450,000 women are sexually assaulted every year. 85% of 18-24-year-olds have been sexually harassed in public – 90% experience it before 17. Those equally astonishing numbers are not an accident.

Catcalling, and everything else under the umbrella of street harassment, is just the tip of the rape culture iceberg. It is the lowest level at which misogyny leaks into our experiences of the world. It comes from the same place of sexist disrespect and male entitlement as assault, rape, domestic abuse and femicide.

I can say that for myself. I’ve had my bum grabbed twice in my life. Twice too many – once in a club and once in a school corridor. Someone in my year tried to grope me when I was 13. I was harassed by someone, and kissed without my consent, barely two weeks after I came to Warwick.

Women just wanted to exist outside at night without fear

In 2018, the activist Danielle Muscato asked on Twitter: “What would you do if all men had a 9m curfew?”. There was one common thread in all the answers: women just wanted to exist outside at night without fear. Is it too much to ask, to want to walk around when you want, where you want, without worrying that some Tom, Dick or Harry round the corner would want to tell us exactly what he’d do to us – or worse? Catcalling might not be seen as serious, but the consequence of women having less freedom is.

An article written by Caitlin Moran about what she wants men to know about women sticks out to me. “We’re scared of you,” she wrote, “and we’re exhausted.”

I hope that stays with men reading this as much as it did for me. Some men are very keen to say that it’s not all men, but that’s redundant when you don’t know what that guy you pass on the street will do or say. I’ve seen this described on the internet as the phenomenon of ‘Schrodinger’s rapist’. So if you’re a man and see your friend shout anything to a woman nearby, call them out. 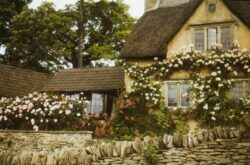 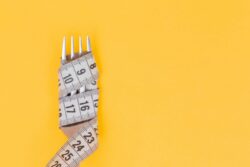 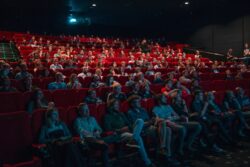 Life after exams is just around the corner