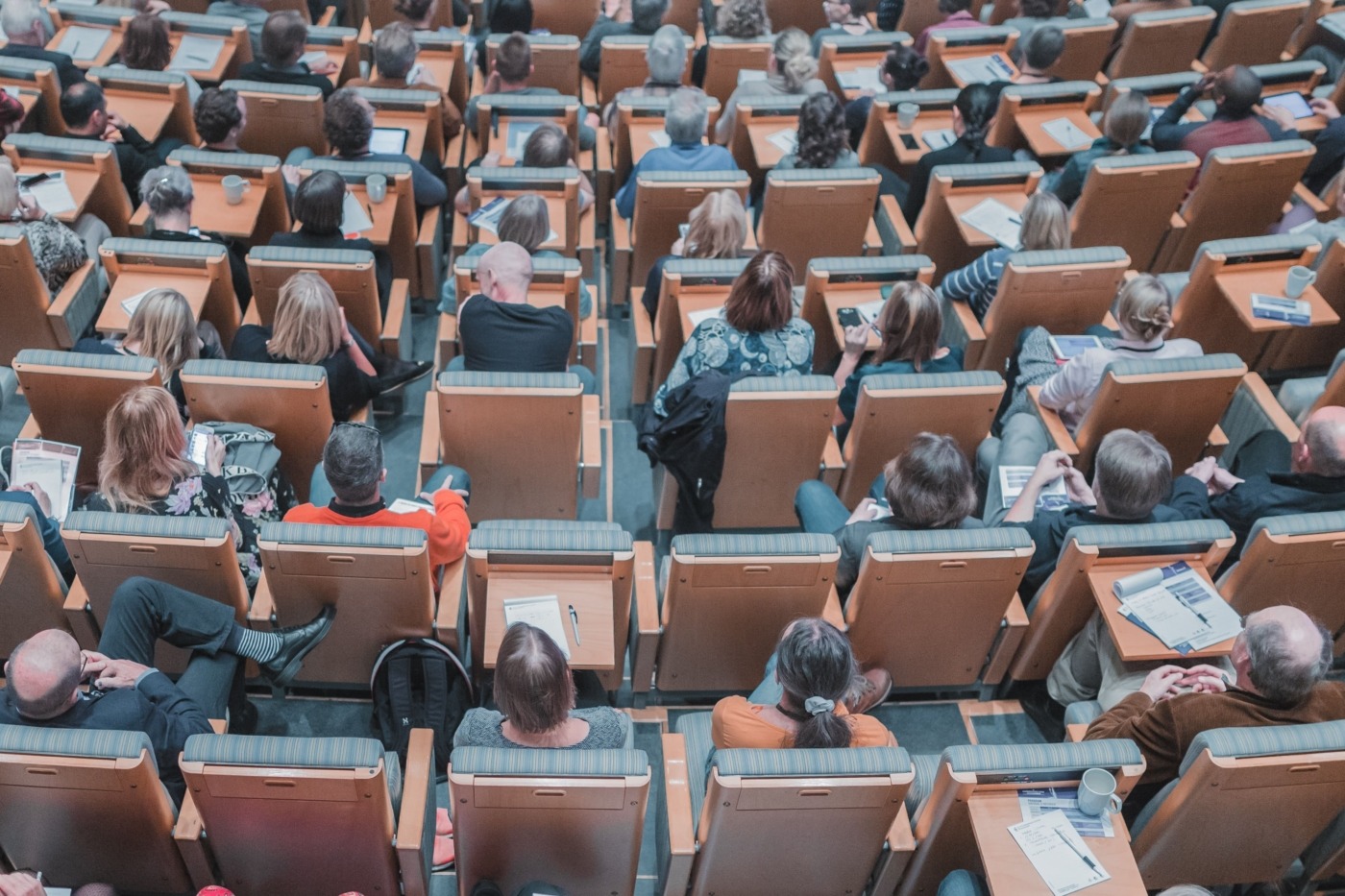 On 20 January 2021, Joe Biden will become the 46th President of the United States of America.  Since winning the US election in November, the President-elect has spoken frequently about his  different priorities upon taking office.

One of those is education. Viewed as a means for people to transform their lives regardless of  background, it is meant to provide an opportunity for deeper knowledge, better job prospects and a  greater awareness of how the world operates. Biden has offered many pledges including increased  educational investment and providing access to a free education for anyone making under $125,000 for four years of college.

However, the issue attracting most political salience is that of high student loans. Biden has made it clear student loan forgiveness will be part of his presidential agenda. The President-elect has highlighted how the House of Representatives has called for an immediate $10,000 forgiveness of student loans.

Why is this the case? The problem, according to Biden, is how such high loan payments force individuals to make choices between paying their student loan and paying their rent. An NPR report  showed how individuals in their late 50s could still be paying off their debt, with amounts owed  potentially more than a quarter of a million dollars. With more than 44 million Americans having  student debt, the total sum is more than $1.6 trillion. While this figure can seem striking and terrifying, it is also a recognition of the large number of Americans in education. Given their  education should allow them to access a higher paid job, one could arguably see such debts as investments instead.

Lots of individuals that have to resort to borrowing however, often have lower debts of debt. This is because they often never finished their degree. An individual therefore retains the debt without  having the benefits brought by a degree. Despite this worrying situation, there has been reassurance for some Americans. Because of the Covid relief package earlier this year in America,  there has been a temporary pause on student loan payments until the end of the year.

Furthermore, Democratic Senators including Elizabeth Warren have argued that the first $50,000  of anyone’s student debt should simply be written off. This would therefore more than 75% of  borrowers would no longer have any student debt whatsoever. Despite the Senate likely being held by the Republicans after the Georgia runoffs, Harvard legal opinion has suggested writing off student loans as an  executive power. A president could simply order their education secretary to do this whether or not  Congress approved.

Nonetheless, Biden hasn’t been so radical, focusing only on private student loans and those in  economic difficulty. There are a range of different arguments about the value of cancelling debt. Given that college graduates are relatively privileged, it could be argued that those who have benefited from a university education should make a financial contribution back. Were higher  education simply to be paid wholly by the federal government, those who never went to university –  those likely on lower wages – would be paying the price. Furthermore, those who have wholly paid off their debt may not feel best impressed that others who were yet to pay didn’t have to make the same financial sacrifices.

According to KSNB, forgiving $10,000 of federal student debt could erase loans for over 15 million borrowers. This would allow $429 billion to be cancelled, with more than a third of federal  borrowers seeing their debt eradicated. Around 7.9 million owe less than $5,000 in student loans while 7.4 million own between $5,000 and $10,000. It is those who owe the least who are most likely to default – be unable to pay – their eventual loan. According to the Institute for College Access and Success, 52% of those who default owe less than $10,000 of federal undergraduate  debt.

Defaulting is damaging for individuals throughout their life. By defaulting, individuals may have their  credit ratings damaged, their tax refunds seized and have restricted access to Social Security payments. Despite most students graduating with $29,000 of debt, this can rapidly increase due to  interest and graduates accepting different repayments plans that allow them to make lower repayments over a longer period of time. With nearly 19 million borrowers earning between $10,000 and $40,000, it remains ambitious as to whether Biden’s plans will truly benefit them.

While 8 million people owe the government between $40,000 and $100,000 in student loans and 3.2 million borrowers owe more than $100,000, this is paradoxically less concerning. An individual is likely to garner high debts because of taking up numerous advanced degrees. In the process, this means they are more likely to earn far more and therefore hold the financial security to pay back their loan.

Biden plans to change repayment strategies, which currently force individuals to pay 10-20% of their income over to the government

As Seth Frotman, executive director of the Student Borrower Protection Center, notes, student loans are an “albatross around their financial lives” and eliminating them would allow individuals to aspire  towards purchasing a house or saving for retirement. Biden also plans to change repayment  strategies, which currently force individuals to pay 10-20% of their income over to the government poverty line towards their student loans. By contrast, Biden would limit this to 5% of income over $25,000 with no monthly payments or interest generated for individuals earning less than $25,000 a year.

Biden’s initial proposals appear to be linked to what profession someone works in. An enrolment in the Public Service Loan Forgiveness (PSLF) programme would allow those working in schools,  government and non-profit settings up to a maximum of $50,000 of loan forgiveness over five years. Indeed, future students may not need to get loans through potentially making public colleges and universities free to those from families earning below $125,000 which would include  community and state serving colleges.

Nonetheless, it is clear that divisions within American politics are built around education levels. While the Democrats won the White House, their support among blue collar workers, not least in 2016, is volatile. Some Democrats have argued that, in a period of economic downturn, blue collar workers who didn’t go to university shouldn’t be paying the cost of those who were lucky enough to attend university. By contrast, progressive Democrats have argued that abolishing student debts,  not least in a time when unemployment is 5.3 million higher than in February 2020, could  incentivise spending and therefore drive an economic recovery. Indeed, according to Time, such a move would improve racial inequalities with 90% of African American students taking out a loan  compared to 66% of white students.

By contrast, fiscally conservative Democrats believe that, while university-educated white collar workers have adapted to working online, blue collar workers – like waitressing or hospitality jobs – have either gone altogether or been dramatically downsized. According to a Pew Research Center  poll, only 12% of people with college degrees were struggling to pay the bills because of Covid, compared to 27% of those with some college education and 34% of those with only a high school  diploma. The education, and therefore class divide, in shaping economic security, is stark.

Whether any change takes place will depend on the priorities of Joe Biden in office. Aware that college-educated voters are far more likely to swing behind the Democrats, Biden will strategically want to ensure they are on side for future Democrat electoral victories. Nonetheless, within the Democrats, there remains a diversity of opinion over how best student debt should be combatted. That doesn’t look set to go away any time soon. The question Biden will then face is whether  Congress can approve such measures. More importantly, Biden will need to win round Americans to the vision he eventually decides. It is unclear whether he holds either the personal or political will  to achieve this. 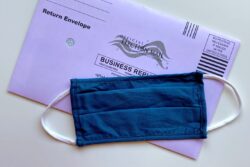 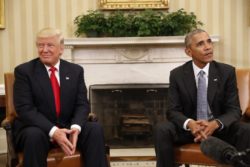