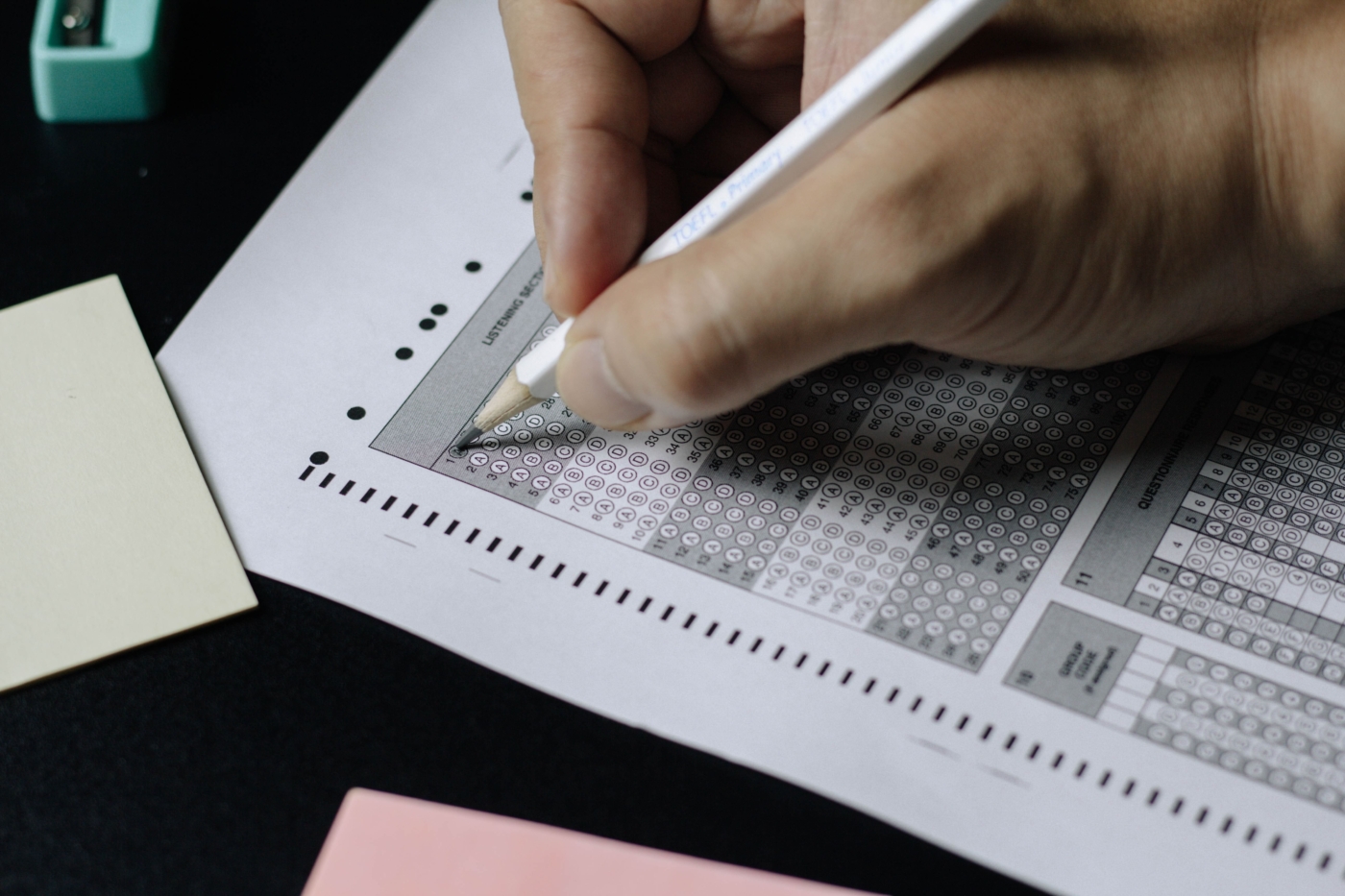 In early November the Senedd announced that it would be cancelling end of year exams for GCSE and A-Level students due to Covid-19. This was because Welsh education minister, Kirsty Williams felt that it was “impossible to guarantee a level playing field for exams to take place”. It was also said that there was “an agreed national approach” throughout the whole of Wales for this action.

However, in place of the end of year exams the Senedd is working with schools and colleges to create a structure of teacher managed assessments. Certain assessments would be delivered within the classroom under teacher supervision and marked externally.

This approach is similar in some ways to the end of year exams or controlled courseworks that are already in place in the normal GCSE curriculum. This involves students completing timed coursework under teacher supervision with the work then being marked externally.

This would mean that 2021 Wales assessments would be done in an environment that puts less pressure on students and puts their mental health before grades, especially important in light of the pandemic

This would mean that 2021 Wales assessments would be done in an environment that puts less pressure on students and puts their mental health before grades, especially important in light of the pandemic.

Many Welsh A-Level and GCSE students said they felt that this took immense pressure and anxiety off of their shoulders.

Indeed, many note that GCSE and A-Level exams are already stressful enough without the added unlevel playing field due to Covid-secure teaching conditions alongside fear of getting the deadly virus.

A year 10 GCSE student said that she felt there was a general consensus among herself and her peers that they felt better about doing assessments in class as they “didn’t feel prepared for exams this year” due to the impact of Covid-19. They also felt more comfortable with the in-class assessment setting.

Before reaching this decision, the Welsh Parliament had discussed the plan with higher education institutions over the difficulties of assessing different students from varying regimes from separate devolved nations. However, they have confirmed with the Welsh Minister of Education that “they are used to accepting many different types of qualifications” therefore there should be no issue for aspiring university students.

Many students are still unaware of how much of the percentage of these assessments will count towards the final grade. This does speak to some of the criticisms of the Senedd and their role in the assessment of education over the last few years in Wales.

As someone who grew up in Wales and was educated in Wales the goal posts were often changed. Teachers would often complain about how politicians played politics with education in Wales often changing the structure of grades or what should and shouldn’t be taught, how exams got increasingly more difficult for the years that followed.

Regardless, in this instance the Senedd has made the right decision. This is further proven by Scotland partially following Wales’ lead by announcing their National Level 5 exams (GCSE equivalent) were being replaced by coursework and teacher assessments, although Highers are still to go ahead as planned.

What does Wales’ decision mean for England?

Boris Johnson has stood firm on his decision for there being no plans for England to make a similar decision to Wales in regards to A-Level and GCSE exams. He has stated however that despite there being “no change in [his] position in relation to exams” they are planning to hold the exams “slightly later this year, to give students more time to prepare”. This is because he believes that “exams are the fairest way of judging a student’s performance”.

This belief is debatable. Over the last few years many parents and educational professionals have become “increasingly concerned about the extent to which [their] children’s education is now focused on passing exams” and  “the impact that [it] is having on their mental health”. There are fears that this could turn children “off learning” according to spokeswoman for the parent-led campaign group Rescue out Schools and the More Than a Score Alliance Madeleine Holt.

Furthermore schools have become an exam factory which has “skewed the breadth of education” according to children’s novelist Michaal Rosen. The idea that exams are the be all and end all of a child’s performance or that they are a “fair” or “accurate” measure of a chids intelligence is far from the truth. The UK currently has several different exam board with varying learning syllabuses and difficulties which currently make the system unfair depending on where you live geographically.

Furthermore, GCSEs and arguably A-Levels are an assessment of how well you can memorise facts and details rather than being an accurate measure of intelligence. There is an argument that children develop a skewed attitude to the process of learning- learning to pass an exam rather than from curiosity.

GCSE and A-Level exams can also negatively impact those who perhaps perform better in practical settings rather than in an exam hall. Why should they be made to feel unintelligent because their method of learning doesn’t conform to one standard set by Westminster?

Jarlath O’Brien, director for schools at the Eden Academy Trust, makes the important point that when exam results become “…a focus on the endpoint. When a child becomes a liability for their school’s performance, education has come to an end.” When we educate solely with the endpoint in mind rather than to cultivate curiosity education fails young people.

Furthermore, this ‘endpoint’ is not as “fair” as Boris Johnson states when the different ways that students process information and geographical location is ignored.

Many officials have agreed with the Senedd’s decision to scrap end of year exams due to Covid. The joint general secretary of the National Education Union Mary Bousted said that “the Welsh government has made clear decisions” and that England were “lagging behind” and that “ a three-week delay to 2021 examinations is simply not good enough” due to “month of classroom learning being already lost and many young people [continuing] to spend varying degrees of time out of school” due to Covid.

The Liberal Democrat education spokesperson Daisy Cooper noted that a level playing field would be impossible with it being important for the government not to continue to leave “pupils under a cloud of uncertainty”.

However, many align themselves with the decision of the Prime Minister. Deputy General Secretary of the National Association of Head Teachers Nick Brook stated that exams should go ahead in England with there being a “need to explain how they plan to mitigate the issues across all the nations”. Amanda Spielman, Chief Inspector of the English Schools Watchdog Ofsted, claimed that it could do “real harm” to young people’s interests not to have end of year exams due to her belief that “a large proportion of older pupils might not return to lessons for the rest of the academic year if next year’s exams were cancelled”.

Many would say that Brook and Spielman miss the point. Students would still be required to attend school as they would have to still complete supervised in person assessments and would still be assessed throughout the year like any other year.

Nick Brook also commented that the UK government should take a closer look at the reasoning behind the Welsh decision to not go ahead with A-Level and GCSE exams. This may have been a deragortary remark implying that Welsh students don’t perform as well as English students which is unfounded. Wales’ has a different examining body which is mostly WJEC. Furthermore, most Welsh children are bilingual which linguistically puts them at an advantage to many monolingual British students.

Regardless, the main reason for the Senedd’s decision to assess GCSEs and A-Levels differently this year is fairly simple.

Due to Covid-19 all British students have missed months of school and are under prepared to take normal exams in their traditional from. Furthermore, we are still in the height of a global pandemic, the safety ramifications of having halls full of children are huge and not only risk their health but the health of their loved ones. These factors combined put a huge amount of mental stress on students during an already worrying time therefore this decision made by the Senedd was made in the best welfare and educational interests of all Welsh students.

Throughout the pandemic the Senedd has been making better more scientifically based decisions than Westminster. For instance the decision to restrict lockdown rules over summer slower than England proved to be a correct decision for Wales. The decision to have a circuit breaker in October proved to be the right decision for the safety of the Welsh people but also the Welsh economy while Westminster ignored the advice of scientists which led them to a month long lockdown causing more irreparable damage to their economy.

Perhaps it would be in Westminster’s best interests to follow the Senedd’s lead of take a similar route to the Scottish Parliament by partially following a Welsh lead rather than putting the mental and physical health of students and their families at risk in 2021.