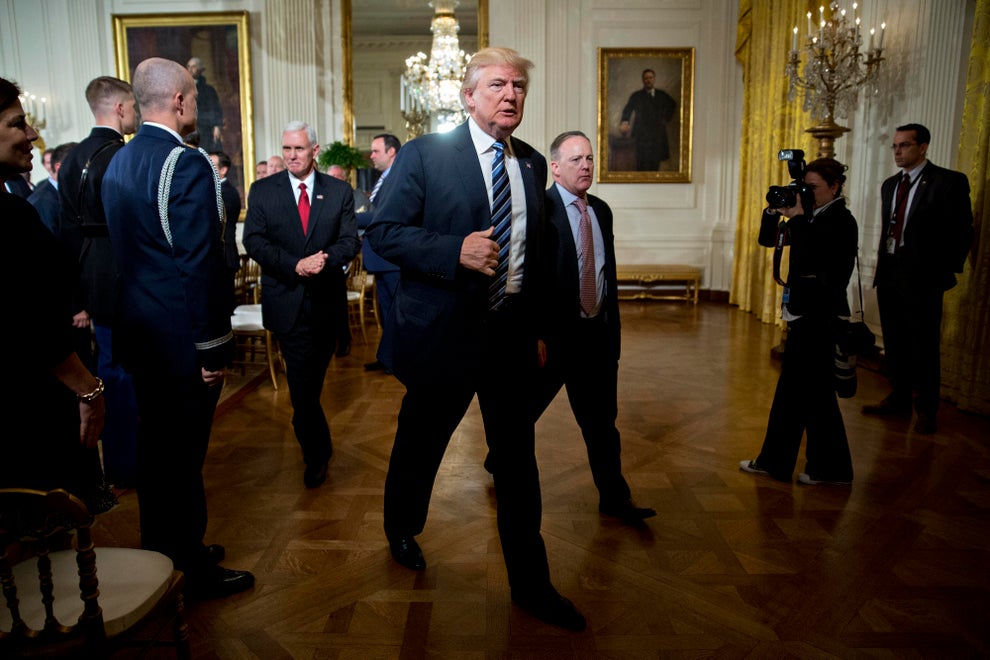 The success of a political documentary is defined by three things: how good the access is, the degree to which events are analysed rather than simply retold, and whether those interviewed reveal anything new. The Trump Show is the BBC’s latest attempt to do exactly that. Made just  before the 2020 US election, all the key players are interviewed and the events that shaped the last four years are analysed over three episodes.

It’s clear from the beginning that this is a series to be taken seriously. All the main figures are present: Sean Spicer – the President’s first press secretary, Michael Wolff – author of two books from inside the White House, and Steve Bannon – the far-right Trump strategist. The level of political access is commendable. However, this was made before the election. Meaning no current White House staff or advisers were interviewed, making the piece lacking in exclusivity and exceptionalism that may define documentaries made after Trump’s tenure.

Like most documentaries, The Trump Show is built around a mixture of interviews and archival footage. The programme reminded me how easily events can be quickly forgotten. Such was the volume of chaos and incompetence within the administration, any event which didn’t precipitate nuclear war suddenly becomes insignificant. Anyone remember the dispute on the size of crowds at Trump’s inauguration? It was somewhere at the back of my mind, but certainly not easy to find.

Neither a hatchet job condemning Trump or an endorsement of his policies would be possible, The Trump Show can only go so far in holding the President accountable.

The BBC broadcasting the documentary means it’s tricky for the director to present either side. Neither a hatchet job condemning Trump or an endorsement of his policies would be possible, The Trump Show can only go so far in holding the President accountable. Leaving it up to an array of interviewees on the left and right, it can fall into the trap of  ‘on the one hand…on the other hand’. Although this kind of debate and disagreement is essential when discussing policy, there is no debate on objective truth. Indeed, that is the very tenet the President has been trying to undermine.

Within the three hours there’s enough gripping narrative to keep the viewers amused, terrified and shocked in equal measure. The usual political events are covered like the numerous firings that took place under Trump’s administration. Alongside this are the Mueller investigations into potential Russian interference in the 2016 election, as well as the impeachment of Trump. The documentary attempts to be left-field by also spending a remarkable amount of time focusing on the Stormy Daniels scandal, including many clips from Daniels herself.

Heavily focusing on the bizarre, almost humorous side of Trump’s presidency manages to not compromise the more serious analysis. Brief passages are given to Trump contemplating purchasing Greenland amusingly. Similarly, when Hurricane Dorian was affecting America, Trump ludicrously tried to justify Alabama’s suspected danger by extending the hurricane’s projected flight path with a sharpie (if you didn’t laugh, you would cry).

Whether on coronavirus or racial equality, The Trump Show lays bare the complete levels of incompetence and active efforts to stop equality.

The real damning nature of Trump’s presidency is best demonstrated through the government’s total inaction. Whether on coronavirus or racial equality, The Trump Show lays bare the complete levels of incompetence and active efforts to stop equality. It’s a significantly horrifying watch. On racial inequality, we see Trump resorting to dangerous rhetoric rather than understanding the widespread reform needed within America.

Coronavirus, however, is perhaps the documentary at its best. Maybe because it’s an ever-present threat on our minds, The Trump Show really captures the zeitgeist of the political discussion. Given Trump’s widespread support among old people, it’s amazing that he did the bare minimum to combat a virus that significantly affects older people. Resorting to blaming the virus on China or talking about injecting disinfectant, his response was an abject failure. The documentary suggests this could be because of Trump’s psychological thinking. Based around focusing on positivity, the argument goes that if you think something is positive for long enough, it is positive. Clearly with coronavirus that wasn’t the case, and it’s also deeply ironic for an administration so based around negativity and inciting any divisions possible.

The Trump Show is nothing groundbreaking. The title brilliantly reflects how Trump views governing: like running a business or his media empire. It also suggests his entire persona – and that of his family – is built around an illusory façade that ultimately has no place in central  government. It’s unclear whether we’ll ever learn what Trump is really like and if he’ll face the consequences of his actions. This documentary is a good start, but no answer, in trying to uncover that very question.