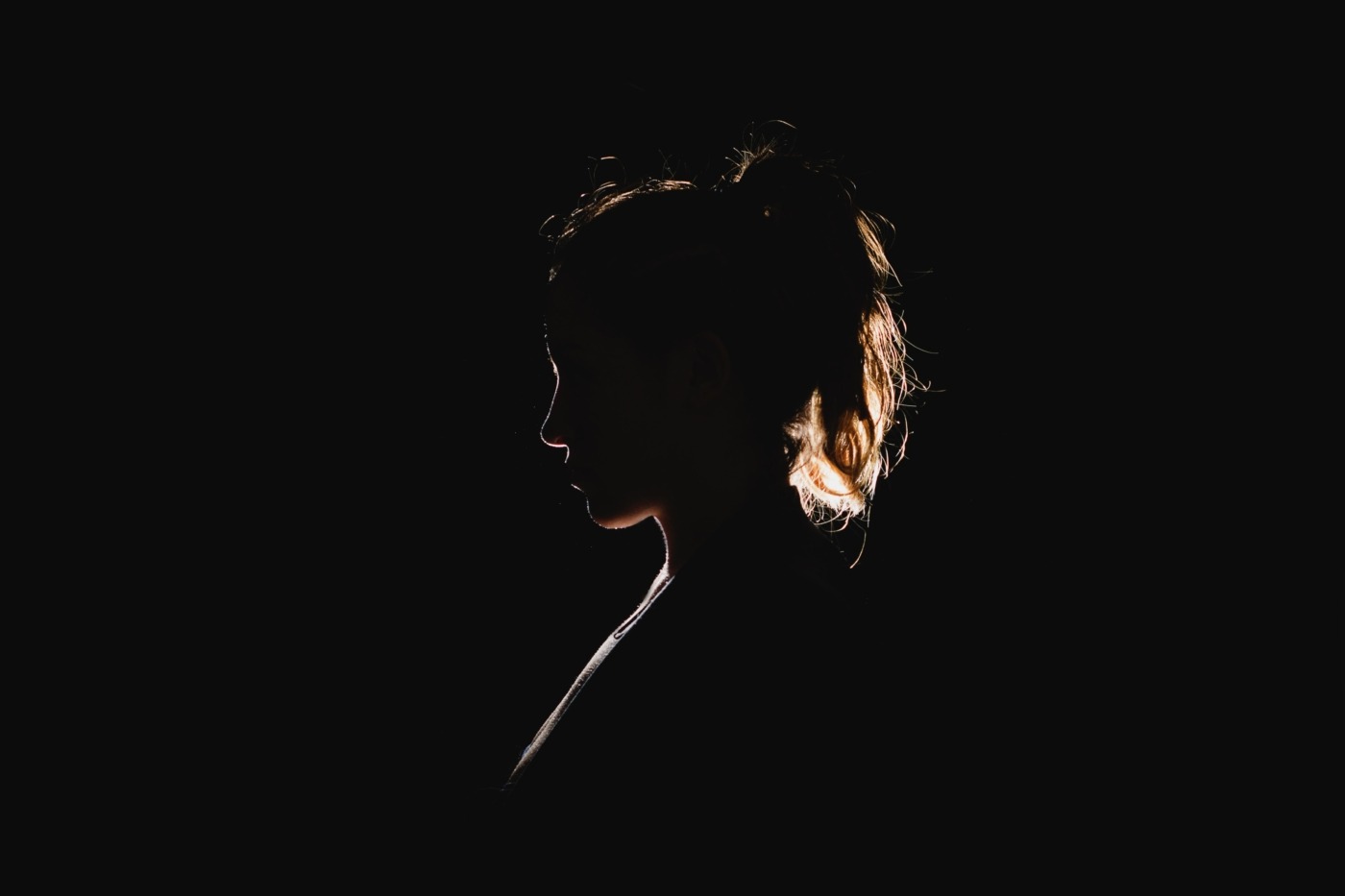 Talking about miscarriages: why is discussing miscarriage openly stigmatised?

The discussion of miscarriages in an open space is very taboo despite them being a trauma a lot of women have and will have to experience in their lifetime. According to the National Childbirth Trust, most miscarriages occurs at the beginning of pregnancy. The probability of pregnancy ending in miscarriage in the UK within the first four weeks is 25%; that is one in four pregnancies. This then decreases to 5% at eight weeks, 1.7% at 12 weeks and then 0.5% of pregnancies resulting in miscarriages at 16 weeks.

The grief of a miscarriage is unlike any other, however within our society we tend to undermine or undervalue this grief due to its invisibility. Also, we don’t discuss the loss of babies and miscarriages publicly, so when women do come forward and are open about their trauma they are often met with heavy criticism. Recently both model, television personality, author and entrepreneur Chrissy Tiegen and actress, philanthropist and Duchess of Sussex, Meghan Markle, came forward about their respective miscarriages, which were met with praise but also some heavy backlash.

Chrissy Teigen came forward publicly about her painful loss of her third child, Jack, on 1 October. She penned an incredibly raw and powerful message alongside some insightful images describing the loss and grief of her child through her social media platforms. An emotional account of a painful experience that most of us couldn’t possibly put into words, Teigen penned an open and emotional open letter about the loss of her son that she and her significant other, John Legend, had named Jack.

In this account, she remarked how they were “shocked and in the kind of deep pain you only hear about, the kind of pain we’ve never felt before”. She further directed a message to her late baby boy remarking: “To our Jack – I’m so sorry that the first few moments of your life were met with so many complications, that we couldn’t give you the home you needed to survive. We will always love you.”

Teigen bravely used her platform to be open in the most emotionally vulnerable moment of her life while also opening the dialogue for so many other women to be able to openly discuss their traumas over the loss of their babies. She demonstrated in the most real way the things we hideaway, the discussions we shy away from.

Staring at the cold white wales, my eyes glazed over. I tried to imagine how we’d heal

Recently, Megan Markle has also had the bravery to come forward and discuss the miscarriage of her second child of which she had experienced in July of this year in a recent New York Times article. She gave an account that is very real for so many women, describing in an emotionally powerful statement how she knew “as I clutched my firstborn child, that I was losing my second. Hours later, I lay in a hospital bed, holding my husband’s hand. I felt the clamminess of his palm and kissed his knuckles, wet from both out tears. Staring at the cold white wales, my eyes glazed over. I tried to imagine how we’d heal”.

Markle’s account is one experienced by many women as she remarks within her article how through their grief the couple discovered “in a room of 100 women, ten to 20 of them will have suffered from miscarriages”. The Duchess went on to further explain that “despite the staggering commonality of this pain, the conversation remains taboo, riddled with (unwarranted) shame, and perpetuating a cycle of solitary mourning”.

Unfortunately, her accounts and experiences are very true to the society we live in. Despite thinking we have come far in terms of gender equality, the stigma that surrounds miscarriages and women’s health is still as significant a problem now as it ever has been. However, the bravery of Meghan Markle and Chrissy Teigen has been met with praise by many and rightfully so. To showcase their most vulnerable and painful moments to begin this well-needed conversation surrounding miscarriages and stillbirths has helped many women in feeling more open and liberated to discuss their traumas and be open about the grief they have experienced as a result of a miscarriage.

However, both Markle and Teigen have been met with heavy criticism

However, both Markle and Teigen have been met with heavy criticism due to the openness of their grief over the loss of their children. Pro-life California Congressional Candidate Errol Webber though it appropriate to attack Teigen and Legend because they are pro-choice. During their moment of extreme grief Webber tweeted: “Hoping that Chrissy Teigen and John Legend will reevaluate their thoughts on abortion after their heartbreaking experience. It’s not a clump of cells. It’s either a baby or it’s not.”

He was not the only one to jump on this bandwagon with celebrity Trump supporters and right-wing TV personalities Diamond and Silk criticizing both Teigen and Legend for taking pictures during their painful experience and implying that the couple were using their baby’s death for attention. Sports journalist Jason Whitlock also questioned: “Who takes a picture of their deepest pain and then shares it with strangers?”

Markle too was met with heavy criticism after publishing her article recounting her experience and grief. Many have branded her, much as they did with Teigen, as “attention-seeking”. Both women were attacked for being too open about their experiences, as “oversharing” and specifically in Meghan’s case accused of lying about her traumatic experience.

The criticism of both women for discussing their grief of miscarriage and stillbirth openly unmasks a greater issue. The fact that many feel they are in a position to criticize women in how they should display or cope with their grief is disturbing.

One of the key criticisms of Teigen was for taking photos during her experience when this is a common way many people cope with grief. Professional bereavement photographers often provide an essential service to couples who are experiencing miscarriage or infant loss. These moments are the only moments that they will have with their child. These photographs help provide grieving parents with some sort of solace and memories that will last a lifetime. Meghan Markle penning her grief and experience through an article shouldn’t be deemed as “attention-seeking” or “over-sharing”. It should be considered bravery. Their openness should be praised for helping begin a conversation surrounding the stigma of miscarriage and in turn helping many women feel seen and heard in their grief.

When we negatively critique women about their miscarriages we invalidate their experiences, we continue to maintain the stigma surrounding miscarriage

All forms of grieving are valid. We as a society shouldn’t feel we can monitor, dictate or create regulations and limitations around how and when women should grieve during their miscarriages. When we negatively critique women about their miscarriages we invalidate their experiences, we continue to maintain the stigma surrounding miscarriage and we further close the door on discussing the pain of women openly. We perpetuate the idea that it is the fault of the woman. We reduce the woman to their reproductive capacity by dehumanising them in such a way.

Chrissy Teigen and Meghan Markle have both, by sharing their experiences, helped so many women feel that they can openly discuss their miscarriages and grief, as the Duchess remarked: “Losing a child means carrying an almost unbearable grief, experienced by many but talked about by few.” Their openness has given other women the strength to share their stories. It has highlighted the importance of asking other women how they are coping. “In being invited to share out pain, together we take the first steps towards our healing”, Markle remarked, continuing that the way to begin to heal “is to first ask: ‘Are you OK?’”

Both women have made huge strides in helping women feel seen and heard in their grief. Hopefully, this provides a continued dialogue for many women who unfortunately experience the trauma of miscarriage. Through their openness, through displaying their most vulnerable moments they have helped open a well-needed discussion about the stigma surrounding miscarriage and dialogue that needs to be opened. This took a tremendous amount of bravery and courage to do and both women should receive praise not criticism for being so open in a raw, beautiful, emotional and most importantly real way.

If you have been affected by any of the issues raised in this article here are some organisations mentioned in the article who can provide support.