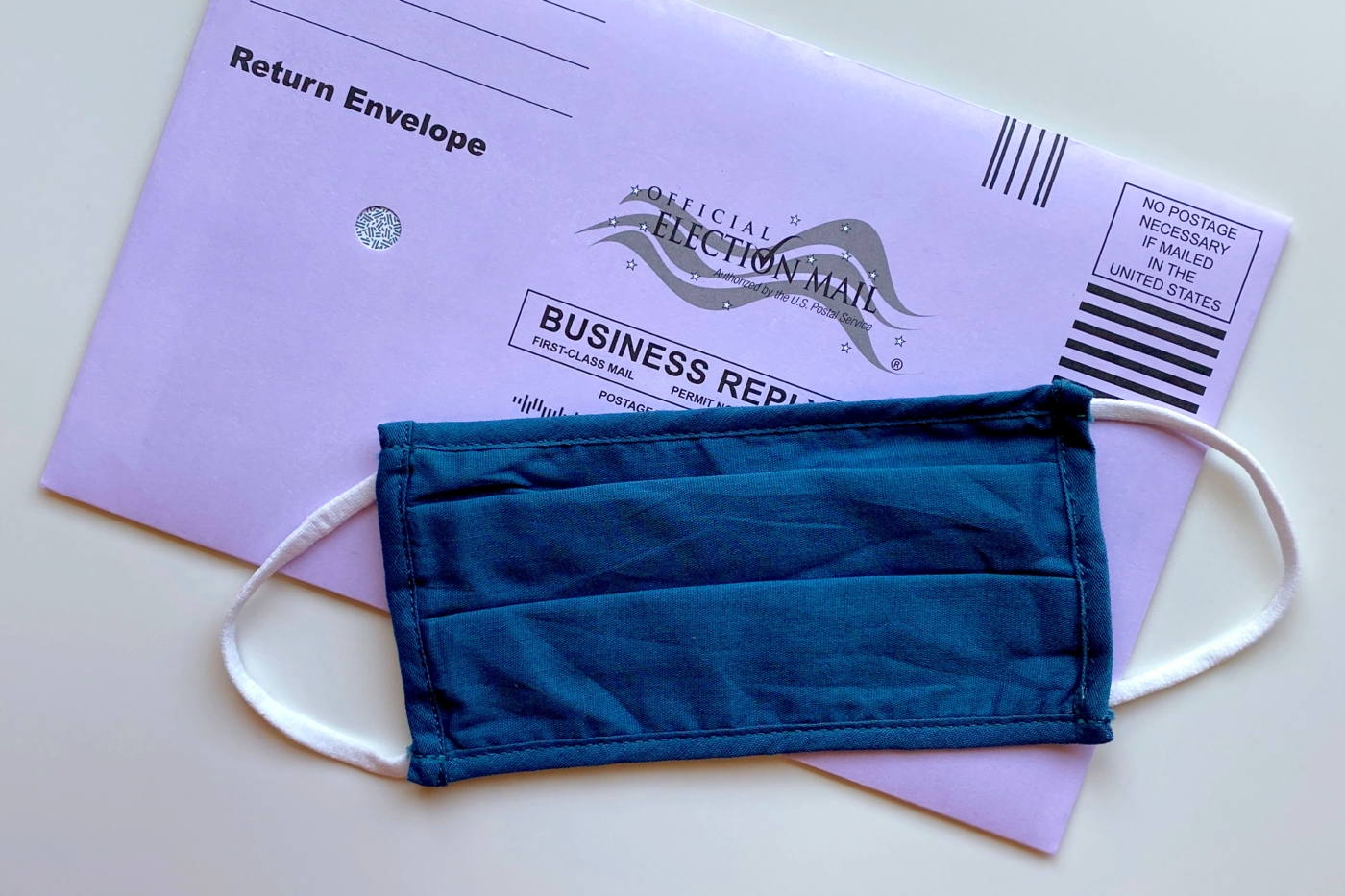 Viewed in reference to their principal aim – removing Donald Trump from the White House – the 2020 election cycle was a success for the Democratic Party. While the outgoing President and his associates have made an array of attempts (many of which exhibiting little concerted veracity) to delay, subvert and even reverse the result, there is little doubt that Joe Biden will be inaugurated as planned in January.

However, on the whole, it is undeniable that the Democrats underperformed expectations. Various key swing states, forecasted by pollsters to be firmly in Biden’s hands, were won by razor thin margins such as Wisconsin – won by a mere 20,608 votes. Furthermore, they actually ended up losing ground to Republicans in the House of Representatives, despite apportioning considerable resources to swing districts on the assumption that an expanded majority was feasible.

The most acute disappointments came in the Senate; Democrats failed to win any of the longer-shot races they spent exorbitant sums on (including $100 million in South Carolina), as well as losing elections against highly exposed Republican incumbents in Maine and North Carolina. This combination of factors has left the GOP’s Senate majority intact, albeit with a caveat: Georgia is holding run-off elections for its two Senate seats on 5 January, the outcome of which will determine who controls the upper chamber over the coming years. Needless to say, the stakes are high for both sides.

What is the run-off process, and why does Georgia have it? Essentially, the system means that congressional candidates can’t win elections by merely securing a plurality of votes, as is usually the case with First-Past-to-Post electoral systems; rather, unless an outright majority vote share of 50% or above is attained, a runoff election is scheduled whereby the top two candidates from the general election compete head to head.

This institutional curiosity may seem innocuous enough. However, under the surface is a dark history

This institutional curiosity may seem innocuous enough. However, under the surface is a dark history; implemented in 1963, it was initially put forward by Georgia state representative Denmark Groover, a white segregationist. He objected to the existing plurality system on the grounds that it enabled black voters to wield concrete political power, even as a minority. Say, for instance, that an election was fought between three candidates, one of whom was in favour of expanding civil rights provisions, and the other two being pro-segregation. If black voters, for the most part, consolidated around the pro-civil rights candidate they would win the latter 40% of the vote, but the two racist candidates split the core white vote, winning 30% each and the pro-civil rights candidate could win.

Groover, having lost a congressional race years earlier, felt particularly aggrieved toward the system. With the runoffs, the intent was to ensure that fellow white segregationists never lost again. By narrowing the election down to two candidates, the whites who supported each of the 30%-garnering candidates in our hypothetical scenario could then coalesce around the one who had prevailed in the first round, thus winning 60% of the vote in the second round and defeating the candidate with substantial African-American support.

The presence of such relics from an era of overt racial segregation nevertheless isn’t unique to Georgia. In fact, even outside the post-confederate South, several states exhibit idiosyncrasies of various forms in their political and electoral processes. However, the existential stakes of Georgia’s Senate runoff have elicited nationwide attention toward its particular institutional arrangements.

If the Democrats fail to win both seats, then the Senate will remain under the control of Republican Majority leader Mitch McConnell, an unscrupulous political operator known for his merciless use for power for partisan ends. His refusal to even hold confirmation hearings for Obama’s final Supreme Court pick, Merrick Garland (a moderate candidate intended as a compromise with the Right), most distinctly exemplified this approach.

[If the Republicans win Georgia] McConnell will maintain control over Senate timetabling, most likely obliterating the odds of Biden and his associates advancing any substantive legislation

Securing both seats would leave Biden and Harris with the narrowest of majorities, thus maximising the leverage of right-leaning Democratic Senators such as Joe Manchin, Kyrsten Sinema and the incoming John Hickenlooper. They would still retain the capacity to advance legislation when they see fit. Otherwise, McConnell will maintain control over Senate timetabling, most likely obliterating the odds of Biden and his associates advancing any substantive legislation. The White House would be able to implement some policies through executive orders, but these are intrinsically limited in scope.

Running in the race on one side are Raphael Warnock and Jon Ossoff for the Democrats, and Kelly Loeffler and David Perdue for the Republicans on the other. Judging which duo wields concrete advantages at this stage is difficult, owing to the near absence of credible polls – undoubtedly a by-product of the industry’s cataclysmic failure to accurately forecast the outcome of November’s presidential contest.

Furthermore, predicting which party will turn out more voters is also a challenge. While Trump has campaigned, his messaging has been more volatile and erratic than usual – a potential drawback for Perdue and Loeffler, considering that the enthusiasm of the Republican base has become increasingly tethered to that of the President. Most concerningly for GOP officials, his repeated claims of voter fraud seem to resonate among supporters. One would expect this to undermine Loeffler and Perdue, who will face greater difficulties galvanising supporters to partake in an electoral process which the President himself has decried as illegitimate.

However, even if doubling down on Trump’s populistic rhetoric ingratiates Loeffler and Perdue with hard-line conservatives, such an approach isn’t without downsides. Perdue notably outperformed the outgoing President in the November election, indicating that some Republicans voted against Trump out of aversion to his bellicosity, but nevertheless backed their party’s Senate candidates to signal support for a conservative policy agenda. While tacking even closer to the President will lock down the core Republican vote, it may also prevent Loeffler and Perdue from reproducing the broader coalition that brought them their strong initial performances.

[In Georgia there are] existential stakes at hand

On the other hand, while the race is certainly in play for the Left, it mustn’t be forgotten that both Ossoff and Warnock lost their respective first rounds. It is only because their opponents either failed to hit the 50% threshold (in Perdue’s case) or split the vote (in Loeffler’s case) that they have been given a second chance.

Democrats have raised substantial quantities of cash, much more than they typically would for a runoff race in Georgia (not unpredictably, given the existential stakes at hand). This has paved the way for a gargantuan campaign operation, helping them turn out greater numbers of voters and offset the natural advantage Republicans conventionally have in runoffs. However, as the general election indicated, money isn’t the be-all-end-all of electoral politics; the aforementioned failures of Democratic candidates in states such as Maine, South Carolina and Kentucky indicate as much.

Genuine enthusiasm is also required to produce a high turnout. While the context certainly warrants it, whether the central personalities do so as well is questionable. Trump’s divisive but potent populistic appeals are more than sufficient to compensate for the utter dearth of charisma exhibited by Loeffler and Perdue. On the other hand, Warnock and Ossoff , reasonably compelling candidates in their own right, are partially reliant on a lethargic Biden to drum up support (although one could legitimately retort that the widespread opprobrium elicited by Trump is an equally effective substitute).

Oppression tactics remain a threat, often surreptitious and insidious in their implementation

On top of all this, voter suppression is also a concern for Democrats, for Georgia is one among many southern states which has seen an array of systematic, concerted attempts to disenfranchise and obstruct black voters over its history. While not perpetrated in the overt, nonchalant fashion that was the norm in the 19th and early- to mid-20th centuries, suppression tactics remain a threat, often surreptitious and insidious in their implementation.

For instance, the last decade has seen a significant reduction of voting precincts in the state, with most of the losses occurring in counties with significant (25%+) black populations. Furthermore, while Georgia’s former Secretary of State, now Governor, Brian Kemp oversaw the purging of more than a million voters off of the electoral rolls – again, a policy which disproportionately affected African-Americans. Failures such as these were felt acutely in June’s presidential primaries, plagued by several hour long wait times and technical malfunctions, issues which were only somewhat ameliorated for the general election because of an influx of volunteers.

Democrats have some cause for optimism at this stage; according to data from Georgia Votes, turnout for the runoff has so far been strong, tracking only slightly below what it was at the equivalent point in the general election. This is a promising sign for Ossoff and Warnock, as Democratic voters were far more likely to cast early ballots for the presidential race than their Republican counterparts. Nevertheless, attempting to predict the results is a fool’s errand. This is an unprecedented election, taking place during unprecedented circumstances (vis-a-vis both the raging pandemic and heightened political tensions), with unprecedented stakes for both sides. Only one thing can be known for sure: the results will be immensely consequential, whichever way they go.