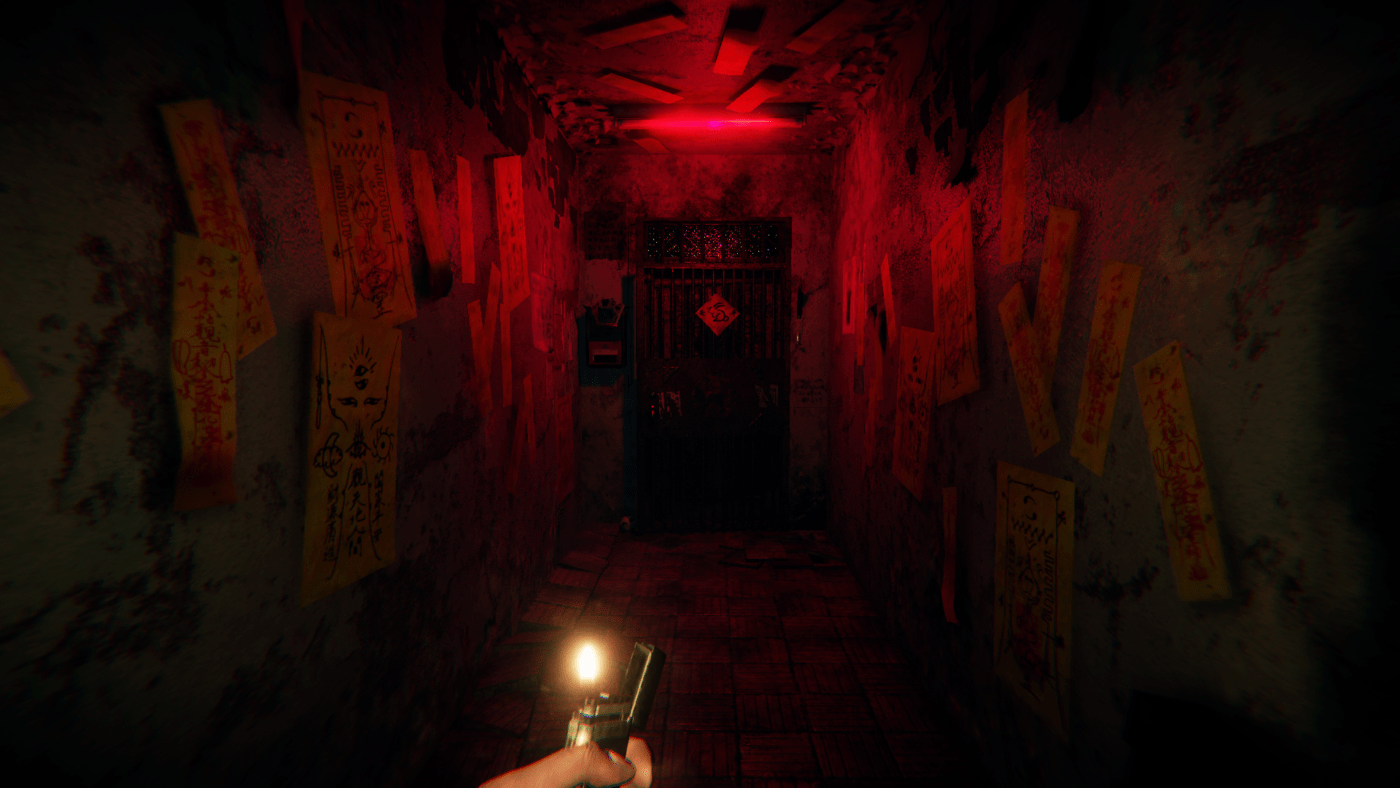 Not only did Cyberpunk 2077 crash and burn, but they reopened a can of worms by rightly trying to re-release Devotion on GOG. The game has an interesting history in its relation to China and the whims of the Chinese Communist Party (CCP), which only scratches the surface of the scary reach of the Chinese government – not only into the games industry, but by extension, to all aspects of culture.

Devotion was first pulled from Steam in 2019 following its release, where it received critical acclaim. It is a horror game which follows the life of a Taiwanese family in a religious cult in the 1980s.

The game was pulled after a poster was found in the game that said “Xi Jinping Winnie-the-Pooh moron.” To the repressive Chinese state-controlled by de facto dictator Xi Jinping, the humorous comparison between himself and A. A. Milne’s character amounts to an act of subversion and disloyalty.

Winnie the Pooh has been banned in China as it is perceived as a criticism of him – any reference to the honey-loving bear is met with uproar and censorship. Those who continue to use the joke against Xi in China risk losing their basic freedoms and rights under the social credit system, which has been used to ban millions from public transport or bar their children from good schools and universities.

Devotion was flooded by 10,000 negative reviews before Red Candle Games bowed and apologised. This seemed to not be enough, and it was later removed from sale completely.

In December 2020, CDPR announced they would re-release the game on their storefront GOG. However, they then went back on this decision, giving no explanation for backtracking after another backlash from China. It is likely that the Chinese censors stepped in to pressure CDPR to backtrack, as the National Radio and Television Administration and the Ministry of Culture and Tourism technically have to approve any games for release in China. These bodies target anything deemed a threat to the overall power of the party and its narrative.

Mockery of China’s president is not the only action which has landed games companies in hot water with the CCP. The party has spent decades trying to wipe the memory of 1989 from its citizens’ minds. Of course, I am referring to the Tiananmen Square massacre, which the CCP likes to pretend did not occur, as any talk of or proposed remembrance of those who died is treated as an act of subversion and treason.

As a bit of background, the movement did not even call for the overthrow of the party. It was students calling for party reform against corruption and basic freedoms of speech, association, press, and democratic reforms. All things we take for granted. The CCP called in the tanks, killed hundreds to thousands of protestors, and proceeded to wipe this from history.

Any talk of reform poses a threat to the party’s perception of its hold on power, and as such, when the Call of Duty: Black Ops Cold War trailer dropped with only a single second of footage of the 1989 protests, there was immediate action.

The original trailer was promptly banned in China. A day later, a new version without the footage of Tiananmen Square was released, leading to fears that the entire game may be banned in China due to the reference to the 1989 protests. While the 1989 footage garnered the most reaction from the Chinese censors, they were likely unsettled by the whole trailer.

Do not expect China’s influence on the gaming industry to decline – rather, the opposite

There are two reasons why companies bow to pressure on these issues. First, the major reason why industries, not just gaming, treads carefully around China is that they wish to be approved by the CCP and be allowed to access the Chinese market of over a billion consumers. Second, there is the issue of certain large American corporations with Chinese interests and Chinese corporations with links to the Chinese state.

Activision Blizzard not only gave in to the Call of Duty trailer issues, but Blizzard also bowed over the Hearthstone controversy. Blizzard attracted international criticism for handing a year-long ban to professional Hearthstone player Ng Wai Chung for daring to voice support for the Hong Kong liberation movement. The modern-day equivalent taboo of Tiananmen Square, where dissent is being crushed, as the ‘one country, two systems’ agreement is crumbling.

In recent days, the CCP has begun mass arrests and purges of the pro-democracy movement using the National Security Law, which only received belated coverage in the West. The banning of Ng Wai Chung led to a call to boycott Blizzard in late 2019, and employees walked out with umbrellas, the symbol of the Hong Kong protests.

IGN reports that only 12% of Blizzard’s revenues come from the Asia-Pacific region, including China and Japan, yet it is the future potential that the company sees in the Chinese market which dictates its actions, as it wishes to expand its business in China.

Tencent has a large impact on gaming relating to China. Activision Blizzard’s CEO Bobby Kotick stated in June 2020 that they had had no content approved by Chinese authorities for a year, leading them to work with Tencent and NetEase to work towards approval.

Tencent also has a large Western presence, owning Supercell (Clash of Clans, Clash Royale), Miniclip, and Riot Games (League of Legends) following a spree of acquisitions over the last decade. They also own 40% of Epic Games, whose CEO and founder Tim Sweeney announced in response to the Hearthstone scandal that he would never let the desire to make a profit in China force decisions over Epic’s games.

Tencent has close relations with the Chinese government, with Foreign Policy reporting that the CIA concluded that they received seed funding from the Ministry of State Security, compromising their image of independence. This makes sense given the company’s role in the Great Firewall and monitoring WeChat. Tencent denies the allegations.

With the financial interest of games companies set firmly on exploiting the Chinese market, combined with the issue of state-linked companies, do not expect China’s influence on the gaming industry to decline – rather, the opposite. If we thought that the CCP’s censors would only affect gaming in China, Devotion and Ng Wai Chung have shown us otherwise. Directly or indirectly, their influence is growing, so we should prepare for the games industry’s relationship with China to become more tense and heated, as it has become another realm for politics to be fought.