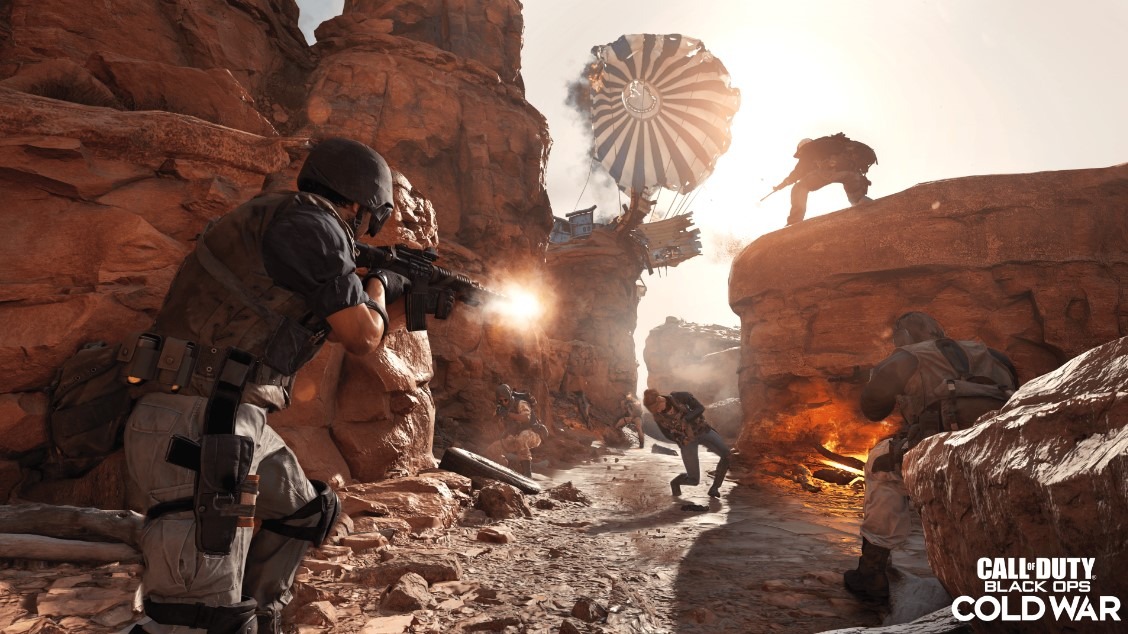 A few months ago, I wrote an article about my experience with the Call of Duty: Black Ops Cold War multiplayer Alpha and Beta. I called it a huge step back for the franchise, since Treyarch did not use the redesigned Modern Warfare engine in the development of Cold War. This means that the game is severely limited in animations, bullet physics, lighting, and sound. In short, Cold War is the same old Call of Duty we have been used to since Call of Duty 4: Modern Warfare and the Infinity Ward engine.

While these limitations persist, I confess that I may have been too harsh on Cold War. Playing the full game on the new PlayStation 5, Cold War really does look beautiful. The support for ray tracing to render shadows and increased fidelity photogrammetry rendered in native 4K literally shows the battlefields of Call of Duty in a new light. Treyarch and Raven Software have proven that an old dog can do new tricks when given the right gear. The power of the next-generation consoles (and modern PCs) has squeezed the very last ounce of tech out of the engine.

In my defence, when I did share my impressions of the Cold War Alpha, it was only available on the PlayStation 4, where the game did look drab. But I think that does reveal the limitations of this game: you only get to experience it at its best on next-gen. But far from being a criticism of last-gen consoles, I think it’s a reflection of the state of this game.

With the release of Season One content update for Cold War, the Warzone game mode was updated with a new Cold War-themed map. For whatever reason, the Activision gods decided that Warzone should continue to run on the engine used by Modern Warfare (2019), so players are essentially Modern Warfare but with Cold War weapons. Playing a short game on the new map, I could instantly tell the difference in gun mechanics between Cold War and [Modern Warfare] Warzone. Guns feel more realistic and more powerful in the Modern Warfare engine. Going back to multiplayer on Cold War, no matter how beautiful the ray tracing, just feels like a step back.

If Activision ever allowed Infinity Ward to patch Modern Warfare so it could take full potential of next-gen console features (which they won’t), I have no doubt that it would be a significantly better game than Cold War.

But I am sure you’re wondering – technology aside – how is the game? Well, the best way to describe it is that it’s a Call of Duty game. If you’ve played any of the last five COD games, you’ll know what to expect. It’s completely average, with nothing to upset the core fanbase like jetpacks or laser weapons, and no real innovations. Expect the same three-lane maps with generic names and some Cold War-themed maps with generic names like ‘Cartel’.

The lack of innovation isn’t necessarily a terrible thing. My playtime has reached over 24 hours and I am enjoying the multiplayer experience overall, and it seems most of the player base agree with me. The Call of Duty community is more than happy to be given the same first-person shooter formula year after year and really just crave a stable experience.

As with every Treyarch Call of Duty game, there is also a Zombies mode with the traditional endless horde mode and a new 20-round mode where you evacuate after the final round. Zombies isn’t of much interest to me, so I have played very little of it, but the community seems to be quite happy with it.

Finally, after some backlash for its removal in the last Black Ops title, the single-player campaign mode makes a return. Set in the 1980s (here’s your 50th reminder that this game is set in the Cold War) you play as part of a small elite team tasked with eliminating a KGB spy codenamed ‘Perseus’. While COD campaigns are never particularly long, this one felt especially short.

As a history student, I can’t help but love the Cold War theme, but it is your standard depiction of America vs. Russia war game. Ronald Reagan is also resurrected from the dead to make a guest appearance in the game, although as much as the marketing would like you to believe otherwise, he is only seen in one cutscene at the beginning of the story.

The best parts of the campaign are the stealth sequences, which are sparingly placed throughout. They are non-linear and allow you to make a number of choices, adding replayability – something rare in a COD campaign. Speaking of replayability, there are also multiple endings in the campaign, each of them quite meaningful, which again, is quite refreshing. Overall, however, like the rest of the game, the campaign is completely average, but a nice addition, nonetheless.

So, should you pick up the seventeenth instalment of the Call of Duty franchise? If you’re a lover of first-person shooter games and are itching for something to play on your shiny new console, pick it up on sale. For everyone else, I would give it a pass, there is nothing groundbreaking in the slightest about this yearly cash cow for Activision.