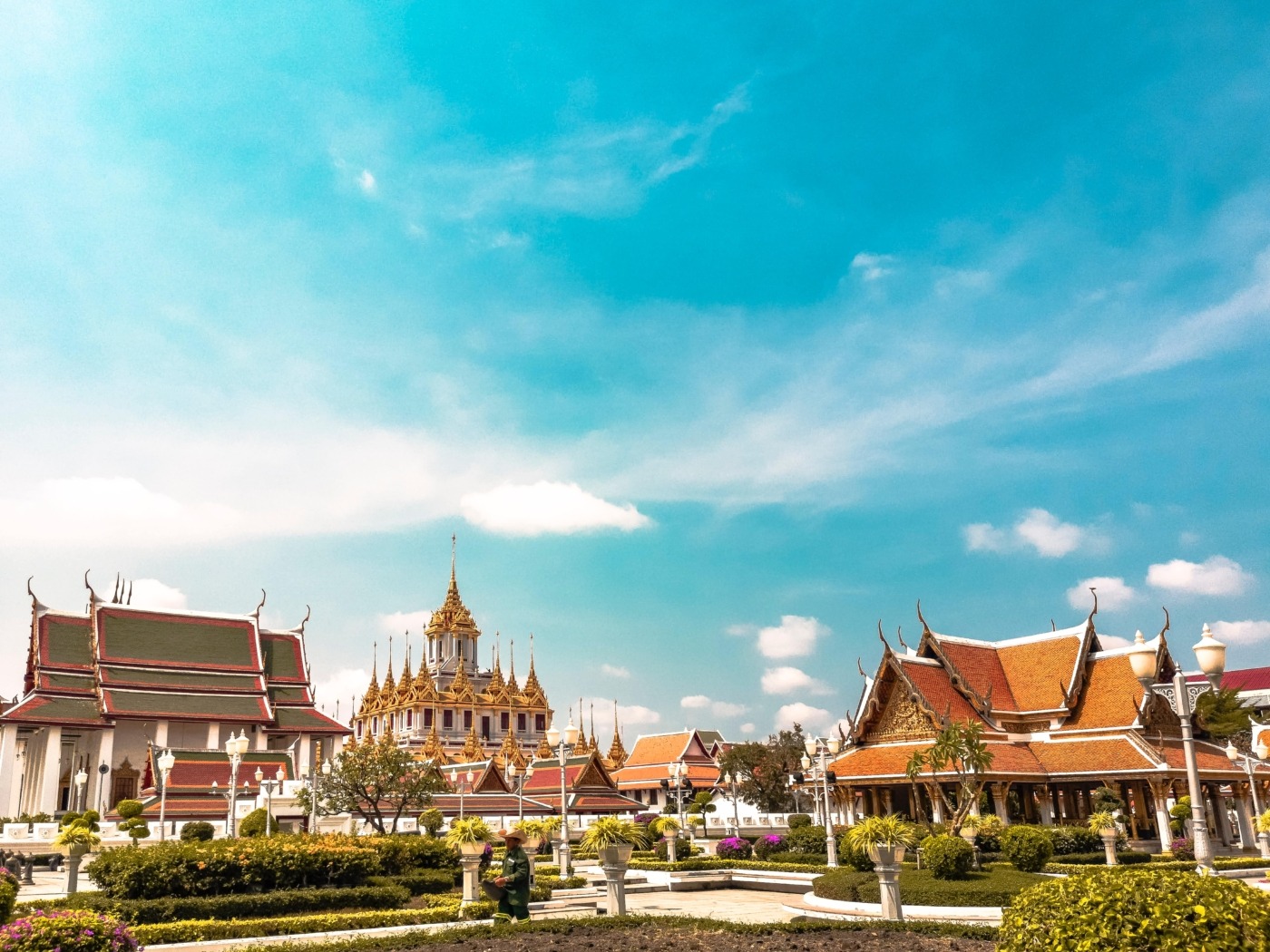 On 8 November, water cannons were used to violently crackdown the peaceful youth-led protests at Sanam Luang in front of the King’s Palace. This is not the first time. At dusk on 16 October, strong streams of water mixed with an unknown chemical were directly shot at the demonstrators who only had umbrellas to shield themselves, the people dispersed and ran away, the violence stopped, and the government’s legitimacy was gone.

Since mid-October, people have been protesting regularly, using the flash-mob strategy to pressure the government. Despite the peaceful nature of the protests, the pro-military government declared a state of serious emergency, outlawing the gathering of more than five people, completely disregarding the internationally-accepted right to demonstrate peacefully. On the day that water cannons were first employed, hundreds of police officers were brought to the capital to “control” the situation. Demonstrators gathering near the government house were disbanded and some, most of whom are students, were arrested.

There are serious problems with Thailand’s power structure, where the military, the monarchy and the elites conspire to create a system where functional democracy cannot prevail

The protests are the result of several years of tolerance and suffer. Six years ago, the military, led by General Prayuth Chan-o-cha, seized power from the democratically elected government. This is not the first time, but one of the thirteen times in the span of 88 years that Thailand has suffered from a coup d’état. There are serious problems with Thailand’s power structure, where the military, the monarchy and the elites conspire to create a system where functional democracy cannot prevail. This is why people are calling for three demands: resignation of the PM, rewrite of the constitution and reform of the monarchy. To this day, these demands are still ignored.

In the past few years, the monarchy has received an unusual increase in budget. Surprisingly, the amount granted is almost 40% of net national budget. This has been brought to people’s attention especially in the times of uncertainty i.e. Covid-19 pandemic, domestic economics downturn, and government corruptions. Despite Thailand facing the harshest times in 20 years, with all needs for funding to tackle coronavirus and support people struggling during this economic decline, the budget for the Royal Office was drawn up by 16.8%, from 7.6 billion baht (£189m) to 8.9 billion baht (£221m).

There have been wide discussions on social media platforms and amongst academics whether this particular part of the budget should be cut down. Thanathorn Juangroongruangkit, the Progressive Movement Leader, said the monarchy should be ‘more accountable’ and this is an ‘alarming’ increase.

In addition, in 2018, £22bn worth of assets was transferred from the Crown Property Bureau under the Ministry of Finance to the personal ownership of King Maha Vajiralongkorn. Vajiralongkorn also inherited properties from his father, the Late King Bhumibol Adulyadej, making him the richest monarch in the world. Furthermore, Vajiralongkorn questionably uses his influence to penetrate the army for his own interest by seizing the army power; establishing his own military unit, the Royal Command Guard, with 5000 soldiers.

In this rough year, the top 0.1% of the country is gaining substantially whereas the rest are prone to be left behind.

For the past six years, the regime had borrowed and created debt over the years creating a 20% increase in the GDP-to-debt ratio. Household debt increased to 80% with each Thai person being responsible for 200,000 Thai Baht, with minimum wage only at 300 baht/day. If this trajectory is maintained, Thailand could very likely hit the legal limit of 60% in 2021. Even with the economy in shambles, there was no head of Ministry of Finance for nearly a month, more expenses in the form of unjustifiable military expenses, and even more borrowing to pay for economic stimulus packages to be used at outlets of the largest monopolies in Thailand.

Ironically, while the Thai King is the richest monarch in the world, according to CS Global Wealth Report 2018, Thailand also takes the win for having the highest wealth inequality in the world, with the richest 1% owning almost 70% of total wealth. To make things even more depressing, the government seems to fail to recognise the importance of this matter. This is evident by their ignorance towards people’s quality of life, most notably through their failure to provide functioning and affordable basic infrastructures. Examples of these include lack of public transport outside Bangkok, broken pavements, half-century old buses and more. All these can be seen under #ifpoliticsweregoodd, where people illustrate how allocation of resources under a competent government would produce better-quality public goods and improve their living standards.

With inequality at its peak (NESDC reporting inequality is the highest it’s ever been in a decade and disparity between the rich and the poor being 20 times over), the economy being in the hands of a corrupt regime (CPF (Chareon Pokphand Foods PCL) monopolise and own 70% of the retail and wholesale food distribution market share), and the government not knowing how to properly manage funds and keep the economy afloat (not being able to even pay all of its supposedly promised Covid-19 fund relief packages), it is no wonder that the people of today came together to fight for the better.

The government does not only lack competence, the power it possesses also lacks legitimacy. Efforts have been made to reform the military-written constitution through which the current government derived its power from. It is clear that changes made to the constitution were only for the purposes of retaining their authority and enhancing their legitimacy through the election that followed. The current constitution grants power to the military-appointed senate to be involved in the election of the prime minister. Section 256 of the constitution also grants senators power over constitutional amendment, requiring at least 84 approval votes from them even if the amendment has gained majority support in the Parliament. This constitution is seen by many as undermining democracy, passing authority out of the hands of elected MPs and into that of military-appointed senators. How the constitution has come to take effect is, too, questionable as requests to monitor the referendum votes were rejected and campaigns against the draft were banned with dozens of citizens detained. This constitution contributing to the legitimacy of the government is not quite legitimate itself. As a result, the iLaw bill proposing for a constitutional amendment was supported by as many as 100,732 names (more than double of what the Thai constitution required). The bill will still need the approval of Parliament, including the senate. The fate of this constitutional reform is still undetermined but this effort has certainly shown the citizens’ desperate demand for a change ― the demand for the long-lost democracy.

Throughout Thailand’s long history of “democracy”, authorities have breached multiple basic human rights, such as, enforced disappearances of activists, and violations of free speech and free press. The United Nations report that from 1980-2018 there have been at least 86 confirmed cases of enforced disappearances in Thailand. Most recently, Wanchalearm Satsaksit, a pro-democracy human rights activist who was charged with posting slanderous comments about Prayuth Chan-O-Cha, was forced to disappear. Wanchalearm was last seen in Cambodia on 4 June 2020. His last words, “I can’t breathe”, were heard by his sister who was on the phone with him when he was abducted. Currently, forced disappearance is not yet recognised as a crime in Thailand, and existing laws do not have mechanisms that allow families to find justice or closure.

To make matters worse, violation of free speech and free press is common in Thailand

To make matters worse, violation of free speech and free press is common in Thailand. Atrocities like Wanchalearm’s case, especially whether his disappearance is related to the monarchy, cannot be fully investigated or discussed in the press. This is because of the use of some laws, or in some cases, the law itself, that hinders freedom of expression. In the current military regime, the most prominent laws that the government uses to arrest dissenters are Article 116, which broadly prohibits speech that causes disturbance in the country, and the infamous Lèse majesté law (Article 112), which states that whoever defames, insults or threatens the royal family shall be imprisoned. Both articles have been used to arrest and scare those who oppose the government and the monarchy. Pongsak or “Sam”, was sentenced to 30 years in prison for posting insults to the King and Queen on Facebook, and at least 24 other people like Sam are still suffering in prison for similar offences. Most recently Panusaya, one of the leaders of the current non-violent protest, was charged with Article 116, and was forced to cut her hair short, dye it black and change her glasses to a black frame in accordance to the jail’s rule.

The corruptness of this regime extends to the education sector, welfare sector, legislation, the military; this incompetence costs people, it costs people’s entire life and future. It is time for change. A change for truly competent governance, where the country is not the billionaires’ playground. A change for a people’s constitution and a functional democracy, where the people, not the military, dictates the future of the country. A change for a respectable monarchy, where the royal family is under the law like everyone else, not above it. A change for the upholding of human rights, where freedom of expression is not a death sentence. 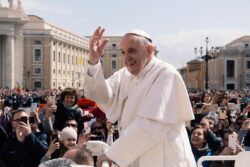