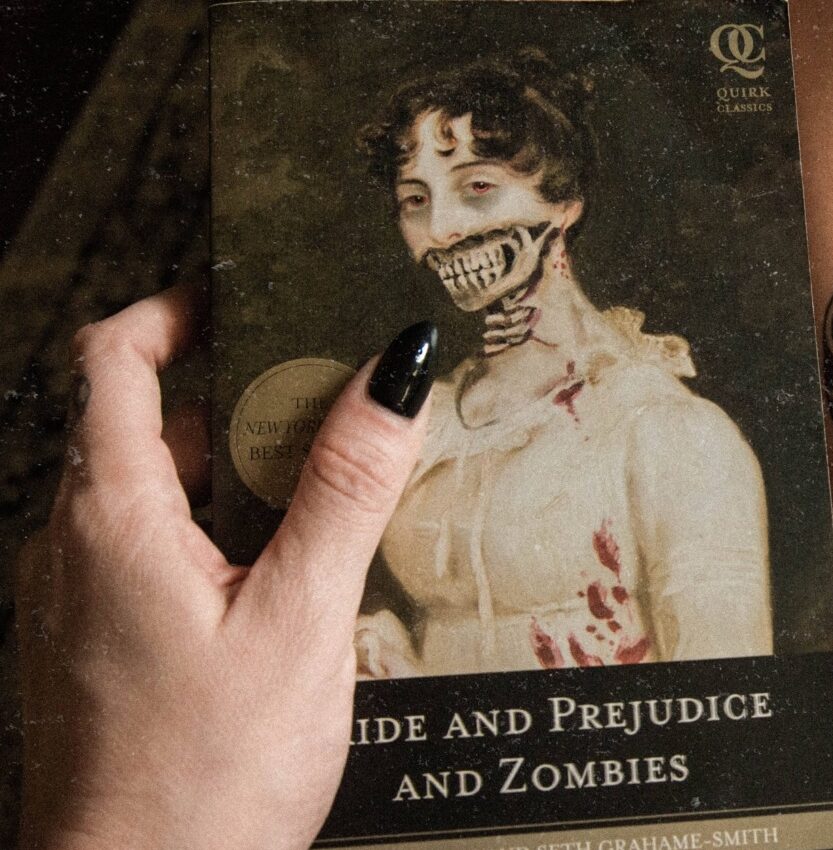 The Diagram Prize is an award for the oddest book title of the year, awarded by The Bookseller magazine. Its latest winner is titled A Dog Pissing at the Edge of a Path – yes, you read that correctly. And things get even more confusing upon being told this is actually an academic book.

It does make sense once you read what it’s about, but by now the title has done its job and lured you in. It is about animal metaphors among the Nage people, an Eastern Indonesian society. A rather niche topic, hence the sneaky intelligence of the title in drawing you in. Although, if I told you the Amazon price you would likely recoil; it’s currently at 99% off, making it £27.50 for the paperback version. The full price being a whopping £2,750 – even the hardback is only £99. This takes the problem of the price of academic texts to another dimension.

Paradox is a clever way to lure in people, especially if it draws ire, condemnation, or confusion before someone reads the book

The runner-up for the Diagram Prize also has a clever trick. It’s called Introducing the Medieval Ass, so automatically you’d assume it’s something about the human body; but it is nothing so dirty minded at all, it is merely about the animal. A bit more boring, but it is another academic title that plays with your expectations. Another trick is paradox, see Classical Antiquity in Heavy Metal Music and The Slaughter of Farmed Animals: Practical Ways of Enhancing Animal Welfare, the latter being my pick of the Diagram Prize contenders as the paradox makes you chuckle at the absurdity of it.

Paradox is a clever way to lure in people, especially if it draws ire, condemnation, or confusion before someone reads the book. Bernard Mandeville, an eighteenth-century Anglo-Dutch philosopher and master troll, pulled off the greatest feat of paradox with The Fable of the Bees: Private Vices, Publick Benefits. The main title about bees and fables is odd enough at first glance, but it was the subtitle summarising his argument that private vices are really public virtues that enraged people for years, much to his delight. He relished how even the title riled people up and even got taken to court over the book. The blatant and weird paradox in the title is indicative of a great way to draw readers to your books. We are curious creatures and if we are confused by, or feel like taking a step back from, the title we are more inclined to investigate it.

Of course, one has to mention Philip K. Dick’s Do Androids Dream of Electric Sheep? in a discussion of weird and wacky book titles. I haven’t read the book myself, but many English students have attempted to explain it, so the title is familiar to me. Another classic book with a seemingly random title is Douglas Adams’ So Long, and Thanks for all the Fish, the fourth in the Hitchhiker Trilogy, and yes, I said trilogy. Douglas Adams was a master of wacky titles and plots, and I highly recommended him to all.

The sheer randomness of titles is to be appreciated. They do not even need to be lewd or full of innuendo to work: confusion alone is enough to capture the eye of the unwitting browser. It is odd, though, to think that the fiction and non-fiction books mentioned so far would be difficult to separate along those lines going in blind.

The New Scientist is particularly skilled with wacky titles for its science Q&A collection books, my favourite being Why Don’t Penguins’ Feet Freeze?, for obvious reasons for those who know me. Another is Will We Ever Speak Dolphin?, along with the sadder sounding Do Polar Bears Get Lonely?, and the very odd How to Fossilise Your Hamster. The books are more serious and fun than they sound but the titles are enough to draw in curious people.

The weirdest (although maybe not as out there as some of the above) titled book I ever got set at university was Theories of International Politics and Zombies: Revived Edition – revived, not revised, for obvious reasons. It contained theories of international relations against a zombie apocalypse. It is always surprising to see academic texts have odd titles, but it does make a change from the dry, stale, and boring normal titles we are used to. On that note, I wonder what the weirdest book titles you have come across are, or do you have an idea for your own?