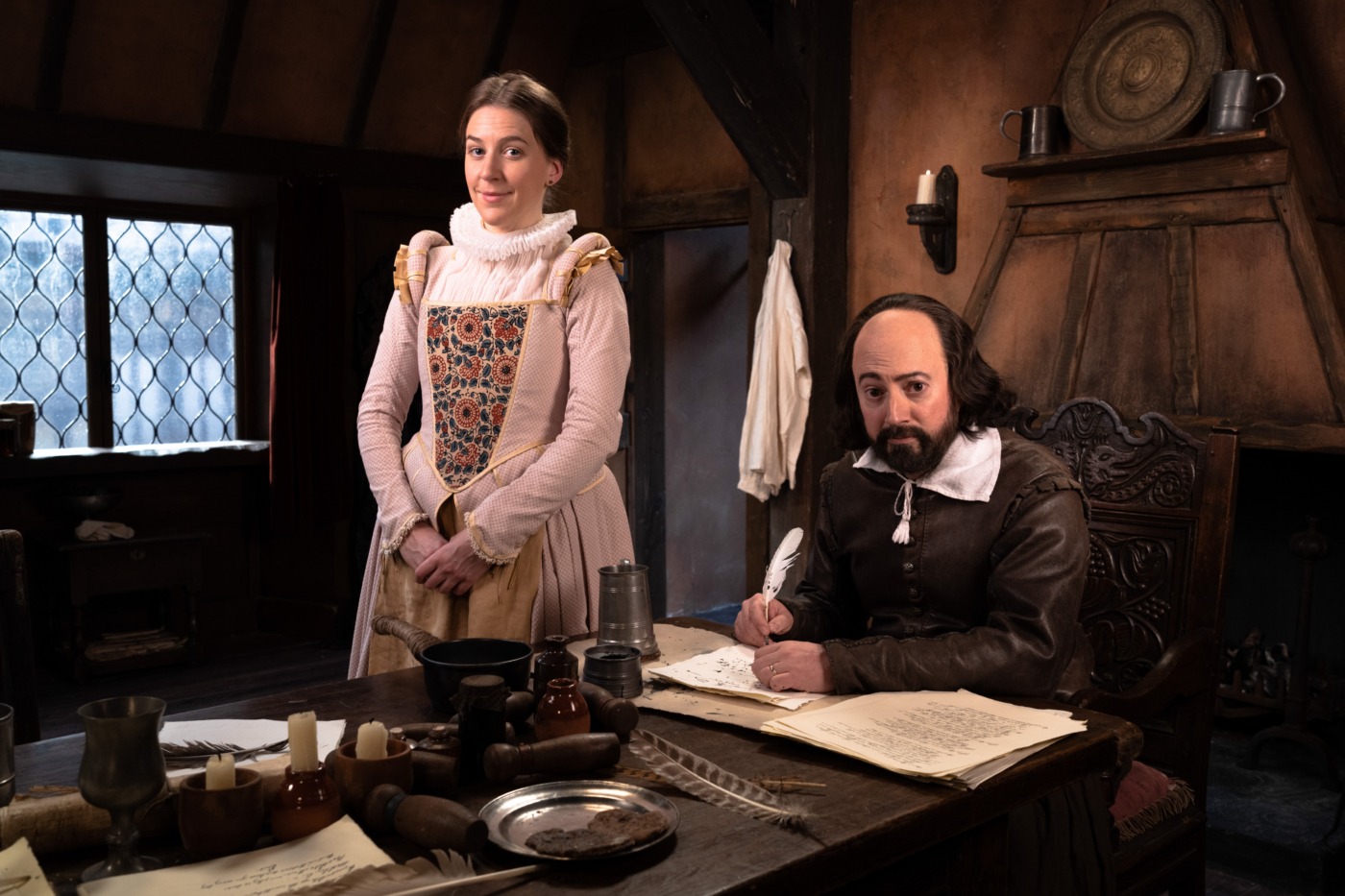 Shakespearean sitcom Upstart Crow was created in 2016 to mark an anniversary of the Bard’s death, and one of its most effective comedy weapons has been transposing contemporary events to the past. It turns out, however, that there were more parallels than we knew – an epidemic of plague hit London in 1603, mirroring our present-day situation, and a Christmas special of the show imagines what might have happened. The acting is strong – the jokes, a little less so.

London in the early 1600s, and a new wave of the plague has restricted William Shakespeare (David Mitchell) and his landlady’s daughter Kate (Gemma Whelan) into lockdown in a single room. In anticipation of currying King James’ favour when the theatres eventually reopen, Shakespeare is hard at work on a Scottish play about a king, but he’s unable to find that one speech that will elevate the play to greatness. Kate, meanwhile, is frustrated with the passage of time and the boredom she’s feeling during the lockdown – her attempts to keep occupied involve baking, cutting her hair and driving Shakespeare to distraction.

Mitchell was born to play this slightly curmudgeonly and show-offish version of Shakespeare, and he delivers an assured comedy performance here

‘Lockdown Christmas 1603’ is a two-hander between Mitchell and Whelan, and they’re both brilliant, holding your attention throughout despite nothing really happening. Mitchell was born to play this slightly curmudgeonly and show-offish version of Shakespeare, and he delivers an assured comedy performance here. Whelan is full of energy as Kate, boasting the best lines as usual, and she gets an opportunity to show off her moves as she explains the absurdity of creating 15-second dance routines to pass the time. Upstart Crow has seen some impressive character work throughout its run, and it pays off here.

However, the limited scope and the focus on lockdown and comparing the situation to the present day really hurts this episode. There’s little of the customary Shakespeare deconstruction, outside of a discussion of The Comedy of Errors and Love’s Labour’s Lost, which sets up a great line about how being needlessly complex and dull essentially allows snobbish people a way to show off. Whelan also gets to do a bit of Macbeth straight, and it’s a beautiful scene, especially balanced against all the comedy. There are a few little nuggets about Shakespeare’s life, too. His father (played by Harry Enfield in other episodes) has now died, and his mother hurt her ankle – that she did so dancing on his grave feels entirely apt.

But it’s the comedy, bizarrely, where this special really falls flat, and that’s largely because it’s all the same joke – here’s something that happened during our lockdown, but transposed to 400 years ago. Face masks are replaced with plaguey beaks, and Shakespeare angrily rags on those who wear them around their necks. There’s talk of hoarding, of banging pans to celebrate the corpse collectors, of actors virtue signalling – all staples that we’re well familiar with by now, and Elton’s script doesn’t really have anything new to do. Some of the lines do get chuckles, but it’s disappointing quite how many you’ll see coming a mile off.

Face masks are replaced with plaguey beaks, and Shakespeare angrily rags on those who wear them around their necks

Don’t get me wrong, it’s certainly a pleasure to see a new episode of Upstart Crow – Mitchell and Whelan both shine, and it feels like a bit of poetic justice that, having been forced off-stage by Covid earlier this year, the cast and crew now have a chance to mock it. But it’s also true that ‘Lockdown Christmas 1603’ is one of the show’s weaker episodes, and although it ends on a message of hope, it spends a little too long drowning in the misery. If you’re a fan of the show, check it out for the chance to see Mitchell and Whelan bouncing off each other, but don’t expect to laugh too much as you do. 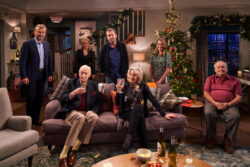