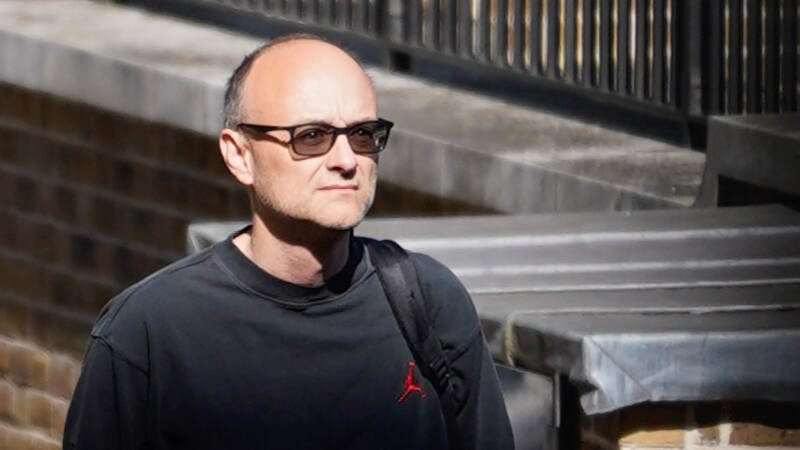 The rise and fall of Dominic Cummings

At the heart of the biggest realignment of British politics in the last 20 years was one man. Working for the Conservatives, but not a Tory, targeting the working-class, but married to an aristocrat, the enigmatic Dominic Cummings took the Conservatives from a party of liberal metropolitan constituencies to the toppling of the red wall. He helped bring Euroscepticism from the fringes into the heart of Number 10. He lurked in the shadows for a decade, before capturing the media’s attention. So, who is this man who rose so quickly to the top of British politics and why was he ejected so unsanctimoniously?

Always a political outsider, Cummings arrived on the British political scene as Campaign Director for ‘Business for Sterling,’ an anti-euro group. He worked for this campaign from 1999, spinning off a think-tank from the organisation after the campaign succeeded. Here, he cut his teeth in Eurosceptic campaigning and laid out a long-term plan to change the media landscape in the UK to be more receptive to Conservative messaging. In particular, Cummings was a vocal opponent of the BBC. Later, Cummings was a leading voice in the campaign against devolution for North East England. This saw his first foray into populist rhetoric and populism. His background in referendums and pressure campaigns taught Cummings how to rapidly build diverse coalitions from across the British class system.

Despite not being a member of the Conservative Party, Cummings’s campaigning soon drew the attention of the establishment. In 2007, he went to work as an adviser for Michael Gove, then Shadow Secretary of State for Children, Schools and Families. He then followed Gove into government at the Department for Education (DfE), in the role of Special Adviser (SpAd). While at the Department for Education, Cummings gained a reputation for being simultaneously effective – he helped Gove drive through significant reform – and exceptionally unpopular. The Cummings-Gove reforms included a widespread push towards academy or free-school statuses, with mixed long-term results. They also instituted a significant reform of the way the department operated, the first step in Dominic Cummings’s extended ambition of civil service restructuring.

Known for overt rudeness, particularly towards Conservative MP’s, Cummings was also accused of bullying

Despite getting things done in the DfE, Cummings was intensely unpopular. Known for overt rudeness, particularly towards Conservative MPs, Cummings was also accused of bullying. In 2013, it was reported that DfE settled a case out of court alleging bullying of a senior civil servant for £25,000. This unpopularity played a role in David Cameron’s movement, in 2014, of Michael Gove out of the Department for Education and into the role of Chief Whip. This was seen as a demotion by many, and left Dominic Cummings out of a job.

The following year, Dominic Cummings entered the role he is most famous for – campaign director of ‘Vote Leave’, one of the two official campaigns to leave the European Union. He proved highly successful in this role, guiding the group’s strategy, coining their slogan (‘Take Back Control’), and delivering a surprise victory. In the campaign, he worked closely with both his former boss, Michael Gove, and his future boss, Boris Johnson, who were both leading politicians in the campaign.

When Boris Johnson became PM, therefore, it was naturally assumed that he’d bring his right-hand man with him. He served as Boris Johnson’s foremost aide, exercising enormous control on other advisers, cabinet ministers, and policy decisions. He led the 2019 General Election campaign, again coining the three-word slogan ‘Get Brexit Done’ and helping to attract working class voters in the North to provide Johnson with an enormous majority. He increasingly became seen as politically indispensable to Johnson and began to attract increasing media attention.

Despite his apparent success, both as a Policy Adviser and a campaign director, Cummings was undeniably hated by many on all sides of the political spectrum. His long standing political rivalry with Nigel Farage led to Farage calling him “a horrible, nasty little man”, many Conservative MPs disparaged him in private, and he described them as not caring about poor people. Following the election, he instituted a government-wide boycott of the Today Programme, drawing intense criticism from the media, and made a call for ‘weirdos and misfits’ to join the civil service, attracting the ire of the government machine. The latter of these initiatives was, in principle, a sensible attempt to bring in more technical experts from a diverse background into a stodgy and homogenous organisation. As became a pattern for Cummings’s ideas, it sounds good when you read it in a blog post but failed when it came into contact with reality. One of his early hires turned out to have expressed eugenicist views online prior to his hiring.

Cummings’s first of many personnel missteps came before the election, in August 2019, when he helped to orchestrate the sacking of Sonia Khan, an adviser to then-Chancellor Sajid Javid. The incident permanently soured the relationship between Treasury officials, including Javid, and Cummings. This came to a head when, at Cummings’s insistence, Johnson told Javid that they would be combining the Treasury and Number 10 advisory teams. Javid promptly resigned, establishing a vocal and influential power base in the Conservative backbenches to oppose Dominic Cummings.

By this point, Cummings had established a fragile equilibrium. The media, Conservative MPs, and his colleagues all hated him. Johnson, meanwhile, heavily relied on him. He wasn’t well known in the public at large, but where he was, he was associated with Brexit and Johnson’s successful election campaign. So long as he proved useful to Johnson, he could survive the indignation of Conservative MPs. However, the fortunes of Dominic Cummings changed substantially when Covid-19 hit.

The coronavirus crisis was generally bad for Dominic Cummings. His usual interests and expertise, investment in infrastructure and research, restructure of the civil service, and catchy slogans, proved useless in the face of a deadly virus. His ambitions were mostly put on hold while the government scrambled to cope with the unfolding tragedy.

Things only got worse, however, when it emerged that during the national lockdown, Cummings had taken a 264-mile trip to his family’s home in County Durham. Amid frenzied media speculation, it emerged that Cummings had discovered his wife was feeling sick on the same day the Prime Minister was diagnosed with Covid. Rather than self-isolating, as his own government’s guidelines dictated, Cummings instead went to work, potentially exposing his colleagues. At this point, concerned that he might also get sick, he and his wife decided to relocate to County Durham. Allegedly, this was out of concern for his son, for whom they would need childcare if they both got ill. To the public, however, this seemed dubious at best. The idea that Cummings had no way of accessing childcare in London seemed preposterous. Did he, instead, just want the additional space of his family’s estate to self-isolate?

To those who knew Cummings, it played into a broader story of contempt and unpleasantness in a man who thought he was better than others. For those who didn’t know him, it showed a Conservative adviser acting as though he was above the law

After the story broke, Dominic Cummings’s unpopularity came back to bite him. Many Conservative backbenchers as well as those in opposition called for him to resign. He faced a media onslaught, with his name and face plastered on national papers for days. Where all his drama had been contained within the Westminster bubble, this story broke through. To those who knew Cummings, it played into a broader story of contempt and unpleasantness in a man who thought he was better than others. For those who didn’t know him, it showed a Conservative adviser acting as though he was above the law. For all his work to convince Britain that the Conservatives were the party of working people, this single act made it look like they didn’t care about the little people. It reinforced the idea that there was one rule for the governors and another for the governed.

Nevertheless, Johnson stood strong. He refused to condemn what Cummings had done, saying it was ‘what any father would do.’ Whether to show the media that they cannot force out advisers when they want or because he genuinely valued Cummings, Johnson did not sack his adviser. However, Cummings took on a level of social media notoriety rarely seen for British political figures, with Barnard Castle memes entering the lexicon. Cummings’s net approval ratings sank to -66, some of the lowest for any modern political figure in the UK. With public unpopularity to add to his existing dislike among Conservative MPs, Cummings’s days were limited from then.

In November, following speculation that an ally and former ‘Vote Leave’ colleague – Lee Caine – might be promoted to Chief of Staff, Dominic Cummings became embroiled in a personnel battle at the heart of Number 10. Tensions were very high in Downing Street between Cummings’s allies and everyone else. He’s reported to have taken to miming throwing a grenade over his shoulder every time he left a room. Opposition from all quarters – the media, Conservative MPs, cabinet ministers, even allegedly Carrie Symonds, the Prime Minister’s fiancée – drove both Lee Cain and Dominic Cummings from Number 10. Cardboard box in hand, Cummings faced reporters and left Number 10 for the last time.

Dominic Cummings was effective at his job – he was a talented strategist with a good read of the electorate. He helped deliver to Johnson victories in both the 2016 Referendum and the 2019 election. In government, though, he found that empty rhetoric is not enough. Poorly conceived ideas, like bringing in more ‘weirdos and misfits’ to the civil service, are fine on the campaign trail, but damaging in power. Likewise, attracting enemies is sometimes an unavoidable cost of being an innovator, but Cummings’s obnoxious attitude and arrogant demeanour were ultimately his downfall. The man who helped turn Boris Johnson from liberal Mayor of London to a populist Conservative Prime Minister turned out to be aloof and contemptuous of the general public. Had he maintained support among Conservatives, he might have been able to hide from the public. Had he maintained popular support; he could’ve stayed despite the opinion of Conservative MPs. In Number 10 as in any workplace, if you have no friends at all, it’s only a matter of time before you end up getting the sack. 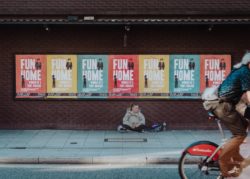 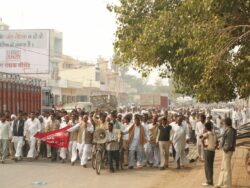