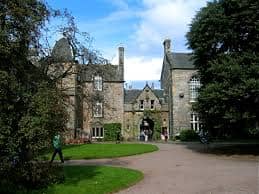 Students have been fined more than £170,000 by universities for breaching coronavirus safety rules during the Autumn academic term, according to the Guardian.

28 institutions gave students fines for breaking rules set by the university, local areas and the national government, including household mixing, failing to wear face coverings and failing to adhere to social distancing.

The information was provided by Freedom of Information (FoI) responses from 105 universities.

Students from the University of Nottingham paid a third of the total, with 91 fined totalling £58,865 up to 12 November, which exceeds the amount students at the university were fined by police.

While most universities only disclosed fines given in the first couple of weeks of term, a number said the money would be paid into their student hardship fund.

53 universities stated that they disciplined and cautioned a total of 5,122 students with Nottingham sanctioning 672 and Leeds Beckett sanctioning 403.

– A spokesman for Universities UK (UUK)

None of these fines include figures imposed by the police, with four Nottingham Trent students being fined £10,000 each by the police after more than 30 people were found in their household.

Larissa Kennedy, the president of the National Union of Students, stated: “It is absolutely unacceptable that universities have felt it necessary to issue obscene fines and harsh punishment.”

She added that universities “should be providing care packages with food, household products, wellbeing  materials and general necessities at no extra cost”.

Most universities said they were providing online and telephone counselling services, buddy systems and food delivery measures in order to accommodate for their students.

A spokesman for St Andrews University remarked that “it’s grossly false and disingenuous to claim the only way to make friends is to break the rules”, and that “support for our students remains our paramount concern”.

A spokesman for Universities UK (UUK), which represents 140 higher education institutions, remarked that “universities are taking Covid safety measures and government guidance very seriously and students will have been informed of the consequences of breaking these rules”.