Why is a motorway tunnel being built near Stonehenge?

Think of British tourist attractions and numerous options spring to mind. The Tower of London, The British Museum, The Houses of Parliament. Cliche merchandise usually containing the royal family, big red buses, and telephone boxes explains why stereotypes of Britain see the nation as living in the 19th century. The tourists within London give the impression that many people’s definition of visiting the UK is simply seeing the capital.

Indeed, all those attractions that initially sprung to mind are based in London. There are plenty worth seeing – and lots that remain on my bucket list – outside this most famous of cities. Stonehenge, a 5000-year-old monolithic stone circle, is one of the most iconic sites in the UK and its presence in southwest England and has drawn visitors for years. The fact that it has become a UNESCO World Heritage Site highlights its cultural and historical importance.

Just as the stones are valuable, so are the grounds surrounding it; they all make up this icon of British history

With such history can come a desire for the stone circle to be retained exactly as it was 5000 years ago, along with the area surrounding it. In an age of modernity, an area will not attract attention for its history if even the surrounding areas shows the marks of our current civilisation. Just as the stones are valuable, so are the grounds surrounding it; they all make up this icon of British history.

Concern has therefore been caused by the British government authorising the building of a controversial tunnel near the historic site. The Transport Secretary Grant Shapps gave development consent to the A303 Amesbury to Berwick Down project, with a new dual carriageway section aiming to ease travel and congestion. While new road developments always attract a level of opposition – normally due to NIMBYism – a modern development near such a place of historic significance will always create a clear contrast.

The Stonehenge Alliance is an organisation that has tried to ensure the site’s future is protected and sustainable. Kate Feldon from this group told Lonely Planet that the “decision is disastrous – not only for the physical damage the tunnel scheme would cause to a World Heritage Site of global value to mankind but also for the message it sends to the world about our government’s lack of concern for our heritage”. The group are also concerned that part of Stonehenge’s history stems from items, artefacts, and sites of interest underneath Stonehenge, and it is more than possible that there are many left to be discovered. A new development would therefore alter this landscape and change it forever.

It took hundreds of years to discover that the remains of Richard III were buried under a car park in Leicester. It is unknown what else could potentially be discovered and shape Stonehenge’s exciting, ambitious history

Any consultation before a project is approved needs to ensure that a wide range of interest groups and views are heard. Time is needed to be given to ensure a fair allocation of opinions that represent the diversity of options. With any such move, the balance between heritage – maintaining the site precisely as it was – with meeting the present needs of communities need to be struck.

Such a move could benefit Stonehenge, counterintuitive though this sounds. English Heritage, which maintain over 400 sites including Stonehenge, have welcomed the decision to build the tunnel. Their Chief Executive Kate Mayor has argued that “placing the noisy and intrusive A303 within a tunnel will reunite Stonehenge with the surrounding prehistoric landscape and help future generations to better understand and appreciate this wonder of the world.” The separation a tunnel then provides between history and modernity could allow preservation of the natural world and enable people to visit.

However, environmentalist groups are yet to be convinced. Richard George, the head of transport at Greenpeace UK, has argued that the new road tunnel is a “disaster” as it would “trash one of our most important heritage sites”. While public transport should be desired, a demand for road usage by car clearly remains. The need for a new tunnel would suggest that a large number of people still want to visit the site and the surrounding area.

Nonetheless, as much must be done as possible to try and ensure the items from Stonehenge’s past can be protected and still adequately investigated. It took hundreds of years to discover that the remains of Richard III were buried under a car park in Leicester. It is unknown what else could potentially be discovered and shape Stonehenge’s exciting, ambitious history. While a tunnel in the short term could cause disruption, in the long term, the nearby towns and its tourists could be served. But this may ultimately come at a great cost, and the history currently undiscovered underneath Stonehenge may remain permanently unknown. 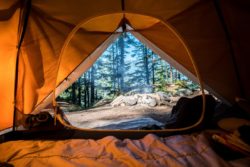