John le Carré, an espionage writer known for iconic works including The Spy Who Came In From The Cold and Tinker Tailor Soldier Spy, has died from pneumonia at the age of 89.

His agent Jonny Geller paid tribute to him as “an undisputed giant of English literature” who had “defined the Cold War era and fearlessly spoke truth to power in the decades that followed”. Mr Geller said that “his loss will be felt by every book lover, everyone interested in the human condition”, and that “we will not see his like again”.

Le Carré’s career spanned 58 years, during which time he wrote 25 novels and one memoir, selling more than 60 million copies of his work worldwide. His work was adapted into a number of films, including the Oscar-winning The Constant Gardener and 2011’s Tinker Tailor Soldier Spy, and several TV shows, including Smiley’s People and the BBC’s recent The Night Manager.

It was a distinctly different form of fiction to the glamorous image of spying painted by Ian Fleming in his James Bond novels – Le Carré’s books showed spying that was drab, grey and organised by the minutiae

The author was born as David Cornwell in Dorset in 1931, and he was educated at the universities of Bern and Oxford, before embarking on a career in undercover intelligence. He joined the Foreign Office in 1958, and was initially based at the British Embassy in Bonn, where he worked in the intelligence records department, giving him access to files with insights into the workings of the secret service.

He wrote his first novel, Call For The Dead, in 1961 and adopted his famous penname due to the Foreign Office rules that officials were not allowed to publish under their own name. But it was his third novel, The Spy Who Came In From The Cold, which was his most perfectly plotted book and brought him worldwide success. Le Carré later said that the manuscript was approved by the secret service because they “rightly, if reluctantly” concluded it was “sheer fiction”. It was a distinctly different form of fiction to the glamorous image of spying painted by Ian Fleming in his James Bond novels – Le Carré’s books showed spying that was drab, grey and organised by the minutiae. This was a world full of complex and flawed characters, engaged in events that were framed with a total lack of sensation.

Le Carré’s career as a spy was shortly to come to an end as, in 1964, his name was one of many given to the Soviet Union by a double agent. This incident inspired a plot line in Tinker Tailor Soldier Spy, which would be published in 1974. It was one of the nine books to feature his most iconic creation, George Smiley. A polite and unassuming figure with glasses and an unfaithful wife, Smiley was deviously cunning and a genius with a mastery of the spy game, and he would ultimately become one of the most powerful intelligence officers in Britain. Smiley stories were frequently adapted, and he was most famously played on TV by Alec Guinness.

The author frequently turned down literary honours, and he rejected both a CBE (offered by Margaret Thatcher) and a knighthood. In 2016, Le Carré published a memoir, The Pigeon Tunnel, and he continued writing until his death – his final novel, Agent Running in the Field, was published last October. It is set in the upheavals of Brexit, a project that Le Carré was outspoken against; he decried “the jingoistic England that is trying to march us out of the EU”. His incredible longevity is impressive – his early works are clearly born of the Cold War and an atmosphere suspicious of spying, but he diversified to explore such topics as Big Pharma and the War on Terror. His books engaged in the issues of the day and raged against certain injustices.

The huge outpouring of grief, from industry figures and readers alike, is illustrative of the impact he and his work had on the world. Le Carré’s novels are taut, tightly-plotted and endlessly readable, and his talent was immeasurable. So much of what we imagine in model spy thrillers was down to him. As Bea Carvalho, the fiction buyer for Waterstones, said: “Right up until his last novel in 2019, he was innovating the genre and providing readers with the highest class of fiction: his words and his wise and generous spirit will be sorely missed.” 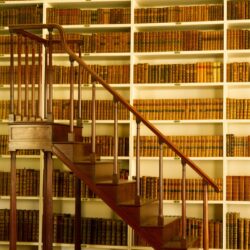 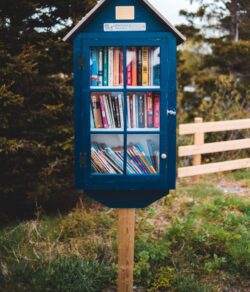