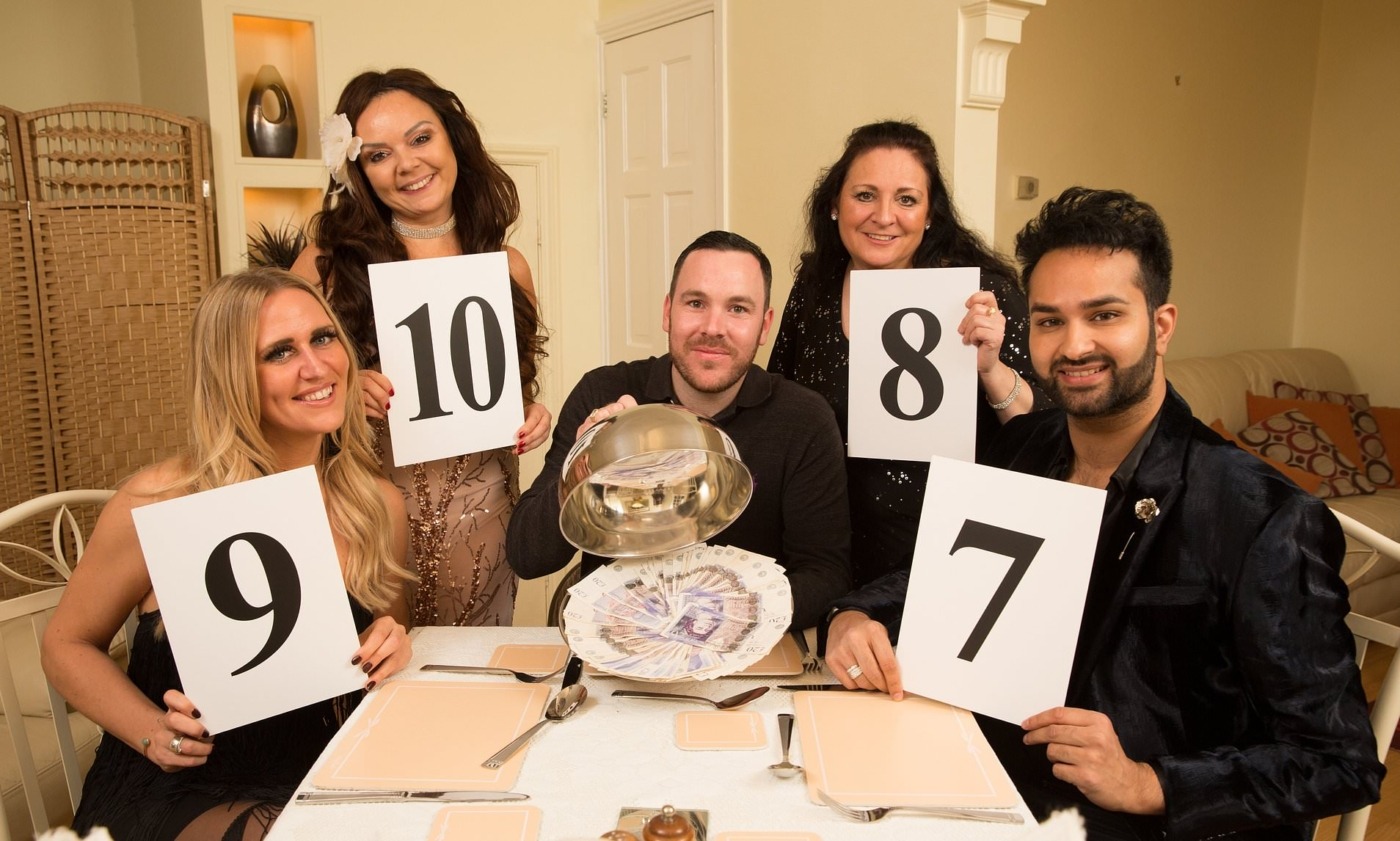 Flick through the Channel 4 schedule and it’s likely that at least one episode of Come Dine With  Me will be served up every single day. First airing in 2005, it follows the adventures of four – supposedly ordinary – people cooking up dinner for one another. Travelling from home to home, the audience and guests witness who is the best host, who cooks up the highest quality food and who deserves the £1,000 cash prize.

Created over a decade ago, it’s amazing that the series is still going strong. Even for those who don’t watch every episode, clips of the best bits remain popular across YouTube reaching all parts of the world. It’s remarkable for such a simple format. People cook food for one another, attend a dinner party to eat it and judge one another. Why dear reader, that is the oh so not secret ingredient to its widespread success.

Britain is a nation obsessed with cookery shows. Masterchef, Saturday Kitchen or Gino D’Acampo on This Morning, we love to see expert chefs showing us how food should be made. Multiple cookery books are released around the Christmas period in the knowledge of numerous sales. TV programmes are aware our obsession with cookery stems from the desire for culinary perfection.

Apart from Come Dine With Me. At last, there is a show that recognises, embraces and even smothers the reality of normal cooking. Gone are the polished surfaces, posh island kitchens and beautifully shaped food. In are the shop-bought ready meals disguised as freshly made, grotty kitchens and mismatching cutlery. The reality and honesty of CDWM contestants is both refreshing and soothing.

It is a show that never takes itself too seriously. The producers and audience are aware the market for professional cooking is perfectly served. TV that displays the reality of cooking was clearly smaller back in 2005. What a treat we’ve been given ever since. With voiceover from Dave Lamb, a Warwick alumnus, Come Dine With Me provides constant amusement and easy pleasure.  Indeed, one thing the programme makes perfectly clear is that the answer to the title is always no thanks.

Come Dine With Me is a programme defined by judgement. At last, an audience would think, a programme set right at our level. Whatever we think of Michel Roux Jr’s creation, there’s no way it can be properly judged unless you’re a Michelin starred chef. Cooking from ‘ordinary’ members of the public however allows that experience to shine through.

In reality, their cooking is just the start. Although their menus and choice of start, main and dessert are carefully presented in case any viewers are inspired, the food is not the most important part. Alongside cookery programmes, Britain similarly enjoys an obsession with property shows. Location, Location, Location, A Place in the Sun, Grand Designs, Escape to the Country: we love  seeing a property purchase and renovation. In reality, it’s all part of a trait we would rather hide and one I celebrate: nosiness.

When you’re hosting a dinner party and cooking for four strangers on national television, ramp that awkwardness up by ten

We enjoy being nosy whenever we go around someone else’s house. Let’s face it, asking where the loo is a euphemism for exploring their entire upstairs, bookshelves, photograph collection and drawers. If you’re sticking to the law, lockdown has put paid to that. Exploring other homes through a screen then has never been more essential. It’s Come Dine With Me which can deliver that.

With any social interaction for the first time comes a degree of awkwardness. Knowing when to speak, giving the mandatory ‘How are you?’ And acting like everything’s fine. It comes with hosting a dinner party of any occasion, something which even coronavirus hasn’t made a distant memory. When you’re hosting a dinner party and cooking for four strangers on national television, ramp that awkwardness up by ten. As we experience awkwardness so much, we also love to see it too. It creates a bond of social solidarity, recognising that, whatever our jobs, hobbies or social class, every dinner party will commence in the same way.

The programme is brilliant for showing every single element of the dinner party so perfectly.  Whatever the differences between houses, the same formulaic elements always apply. After 15 years, the developers have clearly wondered why they should ever fix something that clearly isn’t broken. The frantic nature of trying to make sure every bit of food is cooked and perfectly presented on time. Ensuring all dietary needs are catered for. Laying the table with utter precision.

By the laws of probability, that will go wrong for at least one of the guests. The sense of anticipation over how these four nights could unfold always remains gripping and intriguing. Alongside the food has to come the quality of entertainment. Often, this can just stem from conversation. With every night comes a closer intimacy, the feeling that the contestants know each other far better.

It only takes one drunken error for that all to go wrong. A joke only needs to be taken just a bit too far for someone to storm out and retreat to the upstairs spare bedroom. Throughout, we see the tension between someone’s external demeanour and their true internal thoughts. It is an intrinsic part of being human. While someone may feel perfectly comfortable with the discussion on the  surface, they are internally furious. On first glance, someone may be enjoying their meal. In reality, they would almost certainly rather be anywhere else.

The gathering of the five people, sometimes over five nights if Channel 4 are desperate to fill space, culminates in seeing who has won the £1,000. In a sense, this is the perfect prize fund. Large enough to incentivise someone to win and genuinely try hard but not so much as to be life changing. Indeed, if a host has spent a significant amount of money on their cookery, their winnings may just be having the money paid back.

Come Dine With Me is not some half baked alternative to Masterchef: The Professionals. Rather, it is in a league of its own: tender, warm and overwhelmingly good-hearted

It is important to remember these voting decisions are usually made drunk in the back of a taxi. Nonetheless, whoever the contestants each anonymously give the most marks to wins, with potentially catastrophic results. Just as someone can be judged by how they treat hospitality staff, so an individual can be judged by their reaction to the result. Are they still a child, a bad loser? Or have they grown up a bit?

Fundamentally, Come Dine With Me is entrenched in its universalism. Food, property, social interaction – they concern every single one of us. There are plenty of TV programmes that present the idealised, succulent, perfect versions of these categories. There is a time and a place for them, especially when an audience want something to look up to. In reality though, we like nothing  more than the honesty of things going wrong. Come Dine With Me is not some half baked alternative to Masterchef: The Professionals. Rather, it is in a league of its own: tender, warm and overwhelmingly good-hearted.