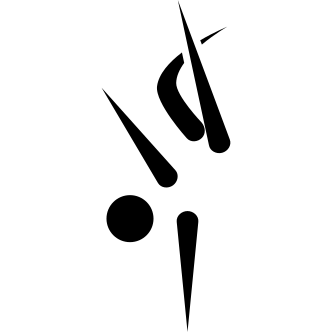 Breakdancing to become an Olympic sport

Breaking, a competitive form of breakdancing, has been confirmed as part of the final line-up at the Paris 2024 Olympic Games.

This was confirmed as part of plans by the International Olympic Committee (IOC). The IOC’s president, Thomas Bach, said that it will help make the Games “more gender balanced, more youthful and more urban”. Breaking will join surfing, skateboarding, and sport climbing, which are expected to make their debut as part of next year’s Tokyo Olympics.

Breakdancing evolved in New York in the 1960s and 1970s, making its Olympic debut at the 2018 Summer Youth Games in Buenos Aires.

Breaking blends artistry and athleticism with key elements, including top rocks (typically a competitor’s introductory dance move), footwork, power moves and freezes. Power moves are explosive displays such as spins, while freezes are when a performer sticks a pose. Competitors – known as b-boys and b-girls – are not only judged on technical skill but also creativity and style, with strength, speed, rhythm, and agility all considered.

In a statement, World DanceSport Federation president Shawn Ray said: “Today is a historic occasion, not only for b-boys and b-girls but for all dancers around the world. The WDSF could not be prouder to have breaking included at Paris 2024, and we thank everyone who helped make it possible: the executive board of the IOC, the Paris 2024 organizers, the WDSF staff and, most importantly, the breaking community itself.”

British breakdancer Karam Singh said: “It’s going to be great for breaking as it gives us more recognition as a sport. And for the Olympics, it will attract young people who may not follow some of the traditional sports.”

However, there has been a mixed reaction, with Australian squash champion Michelle Martin saying the Games have become a “mockery”. She said: “You just look at the whole thing and you just go ‘where’s the Olympics going?’ I know some people say breakdancing’s a sport but … I don’t understand. The Olympics was all about a score, or it was a running race. There was a definitive answer and results to sports. You bring in all these judging things and it just gets so corrupt and so out of control. I just don’t get it anymore.”

There have also been concerns from those in the breaking community, who fear that the sport’s inclusion in the Olympics could compromise its authenticity. “There’s been quite some controversy inside the scene,” said Logan ‘Logistx’ Edra, a 17-year-old B-girl from San Diego, California. “It’s basically making sure that we preserve the essence and the culture, and that it doesn’t get lost in the competitive grind as we continue to progress and make steps into the Olympics.”

In order to make way for breaking and the other new sports, the IOC will cut the number of weightlifting and boxing categories. It has also rejected requests for other new events, such as mixed relay cross-country athletics and coastal rowing. The overall athlete quota will be reduced to 10,500, 500 fewer than those expected in Tokyo.

Under new IOC rules, Olympic host cities can hand-select sports and propose them for inclusion in those Games if they are popular in that country and will therefore add to the Games’ appeal. 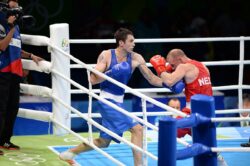 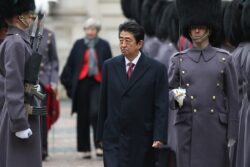 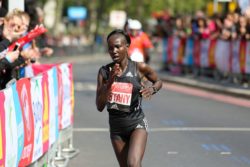