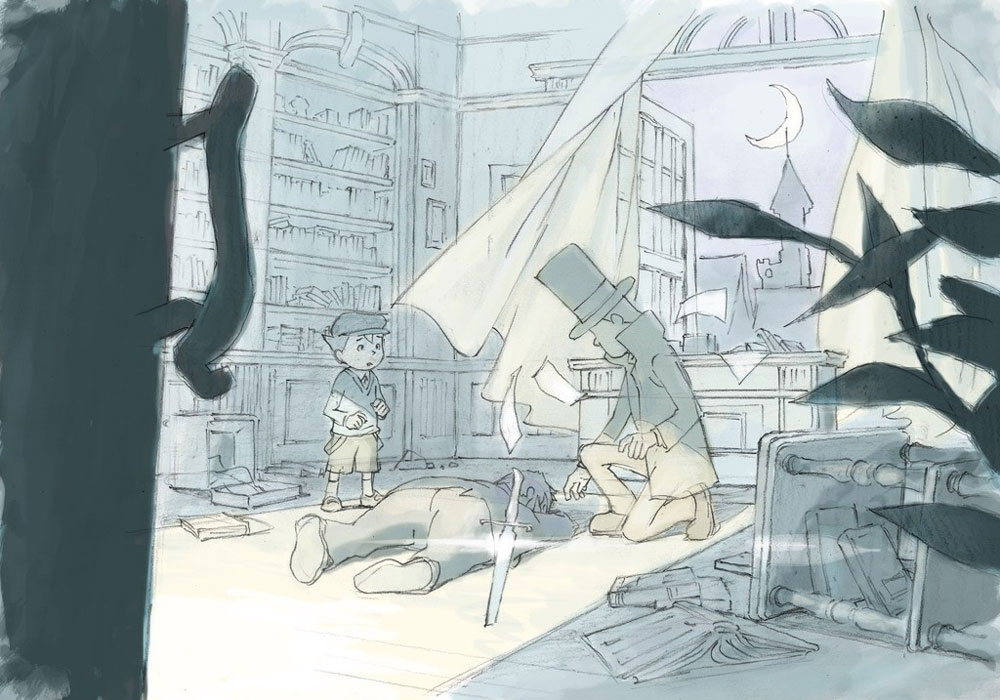 If your childhood was anything like mine, it involved playing on a Nintendo DS for hours on end.  Having received one for my birthday, I would spend hours entertaining myself with the different games on offer. Pocket money would go towards DS games, with their rather disproportionate cases (compared to the cartridges). Many games like Sonic and Sega All-Stars Racing filled my days with hours of amusement.

However, there is one game series that has stuck with me far more than the others. Even though it has been many years since I last played it, I’ve remained attached to it, considering it a warm memory from my childhood. I am talking about the Professor Layton series, which involves Professor Layton, an intelligent individual, and his companion Luke.

The above-mentioned characters and other features of the game contribute to it being a pleasurable experience for the players.

Firstly, it’s important to mention the puzzles. These consisted in a variety of challenges present throughout each game that were essential to completing the story. Fail to guess the puzzle correctly and you would only be able to go so far.

If I wanted to do well, thinking was required

Understandably, I can see why this would create frustration for many people. The desire to do well and progress successfully through the game would be inhibited by the failure to understand one of the puzzles. It required a level of perseverance and forced my brain to think carefully about the correct solution.

I’ll be honest, that didn’t stop me from occasionally looking up the answers online. Professor Layton’s popularity around the world is such that many people have played the games and kindly posted online the correct solutions. But this wasn’t my default option. It only took place when I couldn’t go any further.

Looking back, I enjoyed the idea that the solutions weren’t easy. If I wanted to do well, thinking was required.

Puzzles like this couldn’t just work on their own. The series wouldn’t have been so popular otherwise, and people would have given up playing it long ago, in light of their frustration at something so immensely complicated. Whenever irritation arose with the puzzles, it was then easily compensated for by the fascinating stories.

Created by Akihiro Hino, the plots within each game were enough to draw me in. It was like reading a gripping book or taking part in a Choose Your Own Adventure Series.

For example, in Professor Layton and the Curious Village, Layton and Luke travel to St. Mystere to deal with the will of Baron Reinhold. While this might sound trivial on the surface, the intrigue and excitement provided by the game was far more than one could’ve thought. With 138 puzzles, there was ample time for entertainment and for meeting different characters.

Indeed, the eccentricities of the different characters our main protagonist stumbled across are what helped drive the plot forward. The long dialogues in-between puzzles and the moments of exploration did not detract from the amusement in any way. Sometimes the conversations would be deeply humorous, showing that the game creators were trying to reach across to the audience for their amusement.

The games would often have serious, emotive themes at their core

Crucial in order to understand the plot – alongside the dialogue- were the long video sequences that highlighted the beauty of the graphics and the intensity and attention given by the creators to details in the games. No element was spared or left overlooked. It was remarkable to see so much attention for the games.

After all these years, I still remember Professor Layton and Pandora’s Box’s beautiful graphics, able to neatly display the speed at which the train moved along the tracks as the protagonists travelled to their next destination.

The games would often have serious, emotive themes at their core, exploring the struggle and perseverance of the different characters. In the last mainline Professor Layton game I played (Professor Layton and the Unwound Future), Luke and Layton are thrust ten years into a future London after the Prime Minister has gone missing in their own time. Though dramatic and adventurous on the surface, the story is a far more moving and solemn tale then one would think. With over 170 puzzles to take part in, it ensured constant amusement and entertainment for the viewer.

Across the world, the combination of factors such as clever puzzles, intriguing stories, stunning graphics, humorous characters and the inspiring duo of Layton and Luke ensure that the Professor Layton series, across a number of gaming devices, will continue to connect with the generations to come for many more years.