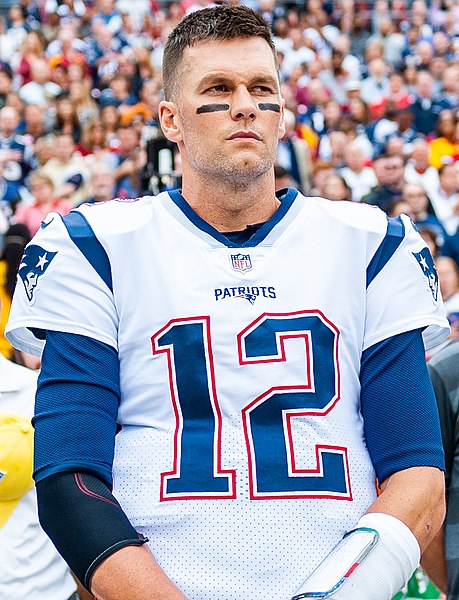 After over 20 impressive seasons in the National Football League (NFL), former New England Patriots star Tom Brady has become a household name and is generally agreed to be the greatest quarterback of all time. To disagree with this would be to foolishly ignore the years’ worth of statistics which proves him so, including nine Super Bowls, four Super Bowl MVP awards and six Super Bowl wins to his name, more than any other person in history. At 43-years-old, Brady is currently the oldest active player in the NFL, however, despite his long-lived undisputed success, he still isn’t slowing down.

At the end of the 2019/20 season, Brady shocked fans with his decision to leave the Patriots, after having played exclusively for them throughout his NFL career. His successful relationship with Coach Belichick and affiliation with the club altogether had made him an icon, forever associated with the Patriots franchise. However, his sudden decision to move to the Tampa Bay Buccaneers signified a new chapter in his career.

Allegedly, this move had actually been in the works for some time, due to a number of different factors. Reported disagreements and frustrations with decisions made by Coach Belichik contributed, alongside a desire for a specific contract and more respect and security that the Patriots failed to give him. With recent changes made to the Patriots, such as the retirement of legendary tight end Rob Gronkowski in 2019 and a lack of success from wide receivers like Julian Edelman last season, it is unsurprising that Brady felt the time was right to leave and prove his ability to win without Belichik.

Now starting number 12 for the Tampa Bay Buccaneers, Brady has done well so far this season, with the team winning 7 games out of the 10 played (at the time of writing). He is working with some of the best receivers in the game, including Mike Evans and Chris Godwin, as well as his former teammate, tight end Rob Gronkowski, who has returned to the NFL after his year-long retirement with just as much strength. With the reunion of the dynamic duo of Brady and Gronkowski, this partnership has been successful so far this season, with both players being on the end of a touchdown against the Green Bay Packers in Week 6.

With decades worth of experience to offer, Brady makes a unique contribution to the Buccaneers both on and off the field

With decades worth of experience to offer, Brady makes a unique contribution to the Buccaneers both on and off the field. Head coach Bruce Arians explained that Brady has been working well with the younger players on the roster: “I think the biggest thing is how great a job he does with young players…he’s like having another coach out there.”

The Bucs’ evidently prepared well for this years’ season, making major moves and strategic decisions during the 2020 offseason. Their signing of Tom Brady and then later trading for Rob Gronkowski set the NFL world on fire and has since lead to countless rumours and speculation as to what is next. Tom Brady is constantly making headlines with the Bucs’ and there are reports that he has his eye on taking his new team to the Super Bowl, especially as he missed out on reaching it with the Patriots last year.

Famous for impressively prolonging his skills despite a more mature age, Brady himself has not yet experienced the drop off level in a performance that many have long anticipated. He is often referred to as the ‘GOAT’ of American football and is known within the sport to be a disciplined, hard-working player.

He has a rigorous and demanding training style all year round and does not take as much time off as his contemporaries, who praise his impressive focus and how much it is responsible for his long-lasting career. Belichick admitted that Brady wasn’t blessed with overwhelming athletic skill, rather, it’s been learned through his incredible work ethic: “He’s not a great natural athlete, but he’s a very smart, instinctive football player.” Brady himself agrees that he has always felt more mentally equipped for the game than physically equipped. He details this in his 2017 book The TB12 Method: How to achieve a lifetime of sustained peak performance.

Brady’s high level of performance has maintained into the 2020/21 season, with him playing just as well as he has for the past few years. However, many still wonder how long such quality will last before he experiences his downfall due to age. Brady is contracted to play for the Buccaneers for two years, but when this time is up, many expect he will be looking to retire.

Although his performance so far this season has not been disappointing, the fact remains that he does lack certain key attributes that the new generation of young quarterbacks have. Notably, he is criticised for his lack of movement, speed and diversity on the field. Whilst he uses his arm well, he functions much worse if under pressure or hit, meaning that his offensive team need to work twice as hard to protect him.

Some also criticise Brady’s inconsistent performance and argue that he is showing signs of decline. Matt Johnson, from sportsnaut.com, writes: “Overall, it’s been an up-and-down season for Brady and the Buccaneers’ offence. He hasn’t quite lived up to the expectations some had for him entering the year. But this is the reality for a 43-year-old quarterback, even an all-time great.”

However, this unfairly ignores so many of Brady’s key qualities. Dubbed ‘the best athlete of our generation’, Brady specialises in his unmatched strategic thinking and football vision. He has an exceptional eye for the game and being a quarterback, by nature, is a position bound to lead to some inconsistent performances on the field. Brady can see plays which others often miss and his ability to avoid turnovers, get rid of the ball quickly, and diagnose opposing defences has long made him one of the best in the sport. These are all traits are that the Bucs’ struggled with when Jameis Winston was quarterback for the past five seasons.

It seems that whatever Brady is doing in Tampa Bay is working. He has the ability to take a good team and turn them into a great one and has raised the Bucs’ championship odds from nothing to something. He has improved the team’s quarterback play hugely and helped them to have already matched last year’s win total.

The Bucs’ are still in the thick of the NFC playoff race heading into the latter part of November, meanwhile, the rubble is continuously piling up in New England. It seems that Brady’s decision to ditch Foxborough for Florida has been validated and Brady is reportedly loving playing for the Bucs’. From what we have seen so far, things are looking promising and it is exciting to see what is in store for Brady and the Buccaneers this season… will they reach the coveted Super Bowl?