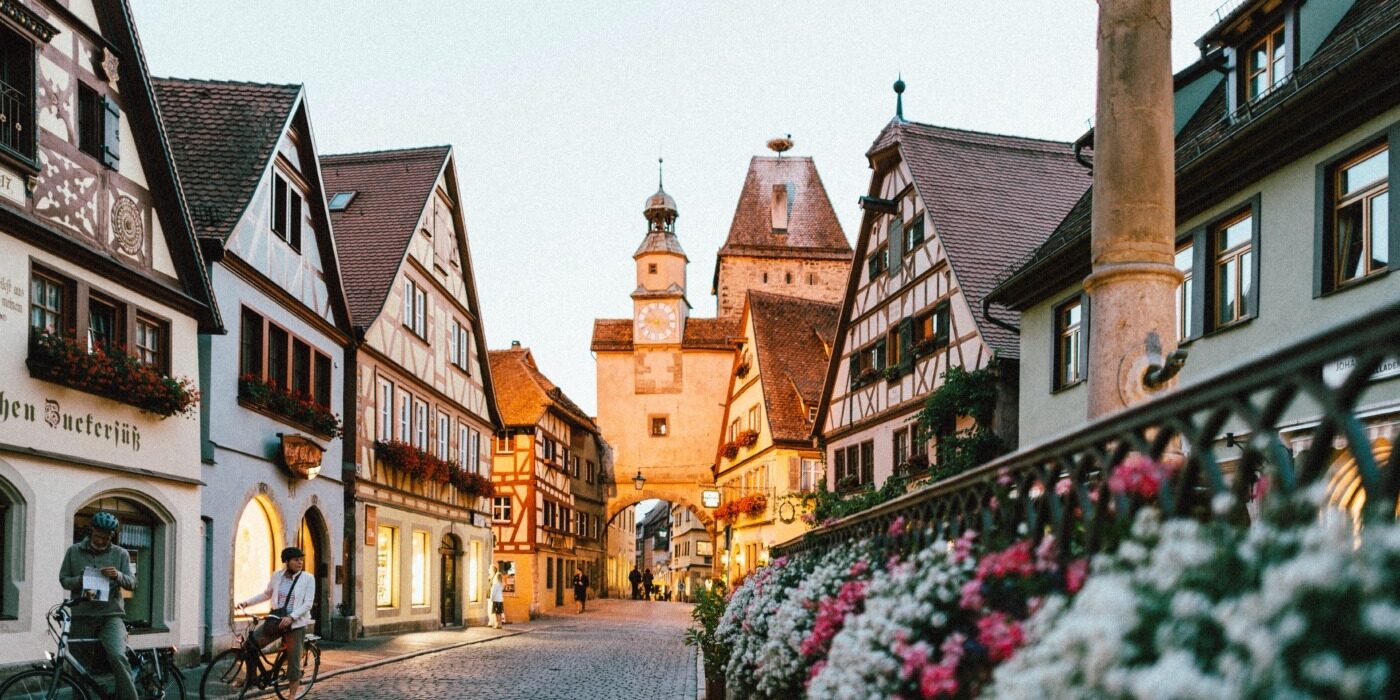 The origins of Oktoberfest

Hearing the word Oktoberfest would make most of us think of Germany and lots of beer. Whilst the original festival occurred in Munich, over 200 years ago, the traditions have now spread to bars and pubs far and wide.

The origins of the festival date back to 12 October 1810, when the Crown Prince of Bavaria married Princess Therese von Sachsen-Hildburghausen. The Prince was best known as a patron of the arts and transformed Munich into one of the most artistic places in Germany.

The wedding ceremony took place in Munich and went on for five whole days. It had many celebrations and concluded with a horse race. This was a huge deal at the time as this couple was now in line to the throne. By 1825, the couple were King and Queen of Bavaria and their reign lasted up until 1848.

This festival was such a success that it very quickly became a yearly tradition. Celebrations and entertainment increased in volume every year with more and more people getting involved. Even though there was no royal wedding to celebrate, people did not turn down an opportunity to have a good time. The horseracing became a custom that stuck around all the way until 1938.

Beer is now undoubtedly the symbol of Oktoberfest. However, it was not a feature of the original festival. Beer and food stalls were only introduced in 1818.

Oktoberfest has become a huge festival that attracts about six million people, most of which are tourists, every year. Costume parades, live music, and lots of food and beer are all to be expected. However, as you might expect, the celebrations were cancelled this year due to the pandemic.

Usually, the festival is kicked off by the Mayor opening a keg of beer. This is another tradition that dates back to the early days of the festival! Once the tapping of the first keg is complete, 12 gunshots are fired as a signal to all the tents that the festival has begun and beer can start flowing.

As mentioned, beer has become the highlight of the festival for many tourists – about two million gallons are consumed each Oktoberfest. Munich’s modern-day Oktoberfest features 36 beer and food tents, all of which serve beer from six local breweries.

Unlike in the beginning, Oktoberfest now goes on for two whole weeks. This allows for plenty of time to attract tourists from all over the world. However, despite the name, it usually begins in September and ends on the first Sunday of October. This is because October can get quite chilly and so it seems wiser to host the festival in slightly milder temperatures.

Another iconic feature of the festival is traditional Bavarian clothing. You may be familiar with a traditional dirndl dress which is often worn by women at Oktoberfest. This dress dates back to the 18th century and although it is nowhere near as popular as it was then, it is a symbol of culture that lives on through the festival. It is not essential to wear traditional clothing when attending Oktoberfest but some keen tourists do enjoy it! The popularity of this trend has meant that you can easily purchase an outfit like this from Amazon or eBay.

The festivities take place in Munich but the spirit of Oktoberfest has spread worldwide. Many pubs and bars host Oktoberfest themed events throughout September and October. These may last a day or a weekend though rather than the full two weeks.

Even though a lot of people who have been to Oktoberfest would only have good things to say, this isn’t the case for everyone. For some, the festival seems overhyped and overpriced. There are rival festivals, most of which are in Germany, whose focus is also on food and beer stalls. Whilst these may not be as well-known, they are a great choice for those who want something a little bit more lowkey and away from millions of tourists.