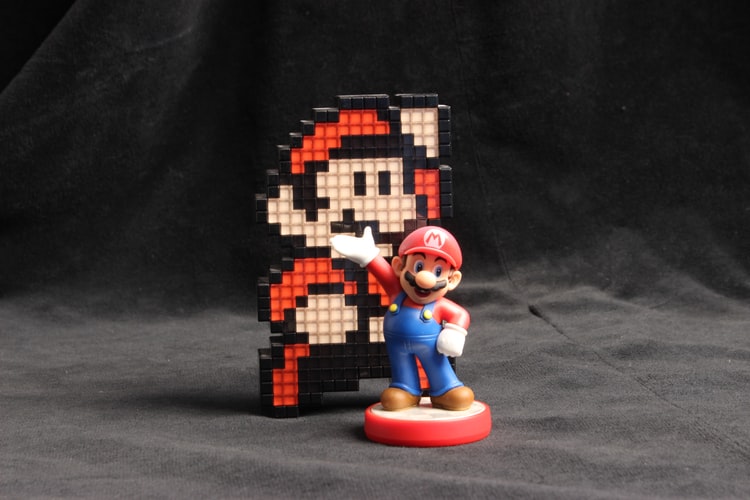 As part of Mario’s 35th anniversary, Nintendo has experimented with the original Super Mario Bros and created something unique. Super Mario Bros 35 is an addictive battle royale experience that is really enjoyable, despite certain pacing issues, and it has already proven a deserved hit.

The premise of the game is surprisingly simple, and it really breathes new life in the game’s formula. 35 players start off on the same stage with 35 seconds on the timer, and they must progress through. If you defeat an enemy, you’ll gain a little extra time and that enemy will be sent over to an opponent’s screen.

You progress through the levels and the aim of the game is to be the last player standing – if you die or if you run out of time, you’re eliminated.

This battle royale mechanic is really easy to get hold of, and the joy of the game is then in figuring out how to win

After a few plays of Mario Bros 35, a game of survival also becomes a game of strategy. You need to balance eliminating enemies and moving through the levels with collecting coins. Coins have no time value, but collecting 20 triggers a power-up roulette, giving up an item that may help you win and devastate your rivals.

A simple key to playing is to hold onto a Fire Flower if you can – in this game, they are most definitely your friends. It’s about finding a good balance, planning where you want to send your defeated enemies and ensuring you don’t perish.

As a result, this game feels like a genuine competition, making it pretty addictive. As it gets more chaotic, and your screen is full of more and more enemies.  It’s a rush to survive and inflict that stress on someone else. You’ll be ruthless in a way that Mario games don’t usually encourage, and winning a long fight to claim that gold medal is an intensely satisfying feeling.

Mario Bros 35 is a fun game, but it suffers in the early stages for two reasons. You just loop around the same three levels for the first few hours, making it quite the repetitive experience that struggled to hold my attention.

At this level, it also becomes quite hard to die because you get into a flow, meaning battles frequently come down to a really lengthy clash between the final three or four players, sending those same enemies back to each other’s screens. This becomes less of an issue when you advance into the game, toppling enemies like Hammer Bros, but it’s hard to fear the early game Goombas.

The game does try to throw off some of its repetition with the addition of daily challenges, and these have varied in quality. I’d steer clear of the Special Battle section because it’s just the usual game with a few extra restrictions that don’t change very much.

There’s also a level-up mechanic, but it’s not worth very much – you get some new icons for your profile, and you can spend some coins on power-ups for the start of a new match. It’s nice to have all of these extra features, and it does make it feel as though Nintendo was actually interested in this game, but you won’t spend much time on them.

For some reason, Nintendo has decided to remove the game from the Switch on 31 March 2021, so there’s a limited window to experience it. I would recommend playing Mario Bros 35 before its removal. It does something new and exciting with the game’s formula and, in those moments when everything lines up right, it feels wonderful to play. But it’s also very likely that you’ll find the lustre vanishing at points due to frustrating repetition and pacing issues. If you play this game, I can tell you two things – you’re bound to love it, and you’ll never want to see World 1-1 again.