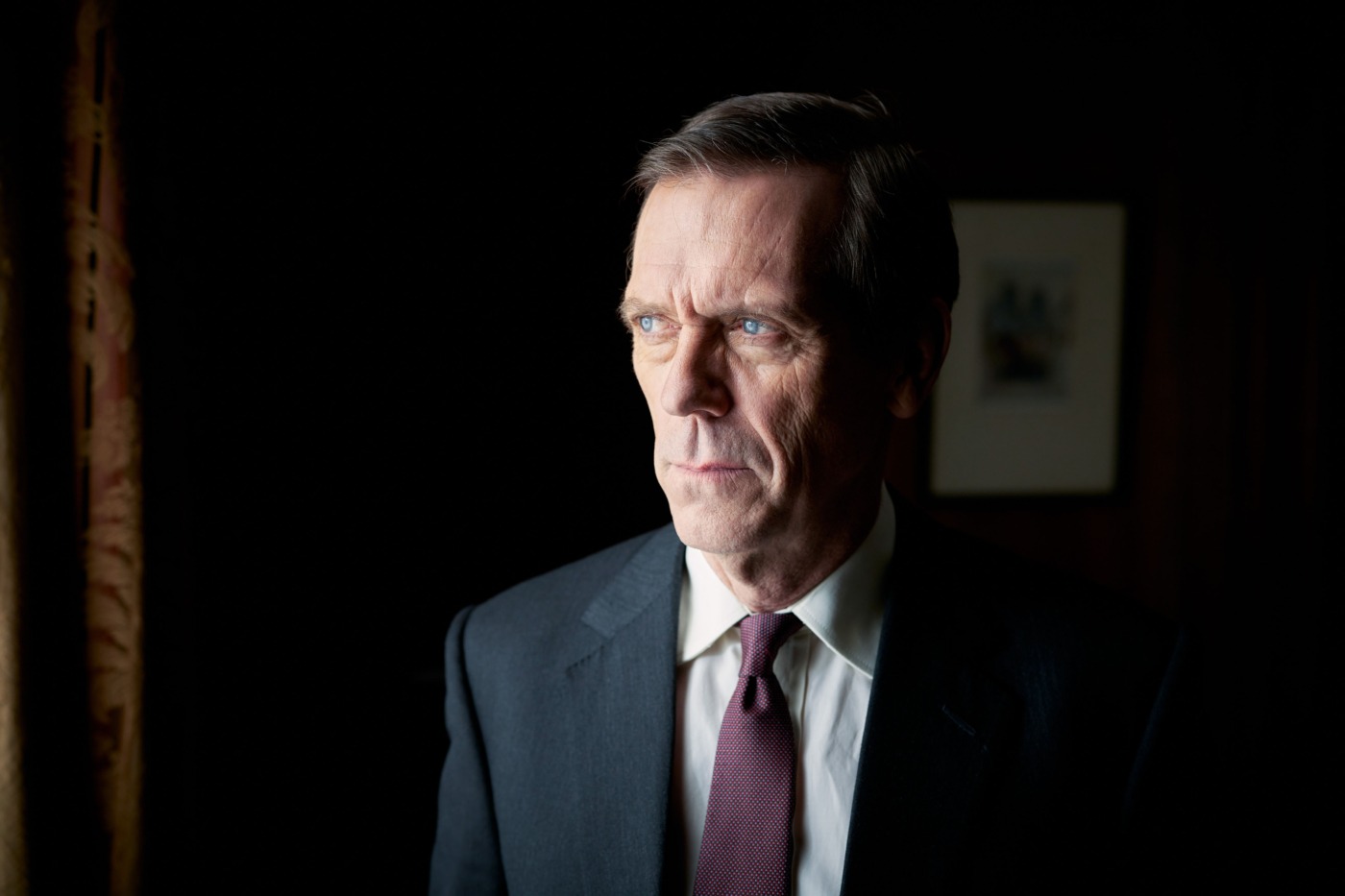 We’re now halfway through Roadkill, and the political drama is still nowhere near as clever as it thinks it is. It’s coasting by on the strength of Hugh Laurie as the lead, because so many of the other elements aren’t working that well.

Peter is making waves in his first days as Justice Minister, talking about prison reform and rubbing up against the Prime Minister. His comments are knocked off the front page, however, when his aide Duncan (Iain De Caestecker) calls him with news – scandalous photos of his youngest daughter Lily (Millie Brady) taking drugs are about to hit the newspapers. Suspicions soon arise within his family that he hasn’t been entirely faithful, especially when his mistress Madeleine (Sidse Babett Knudsen) confronts him with her intention to reveal their affair. Meanwhile, in Washington, Charmian resumes her investigation into Peter Laurence’s business dealings and starts making some breakthroughs.

It’s coasting by on the strength of Hugh Laurie as the lead, because so many of the other elements aren’t working that well

Once again, Hugh Laurie shines as Peter, whose intentions to reform are continually stifled by the Prime Minister (she gets two scenes this time – it’s not enough) and his emerging personal life. His easy charm comes through even as the pressure starts to pile up, and he gets some good scenes with some cracking lines. Sadly, he’s not on-screen that much, and Roadkill struggles every time he vanishes.

So many parts of this second episode plod along, and the writing continues to frustrate and baffle. Lily comes to meet with Peter after being caught doing drugs, and we’re meant to think of him as the villain because he tells her that she needs to take some responsibility for her own actions. Her response is to go to the family home, realise that her dad hasn’t been there for a while and then follow him around London. It goes on for far too long, and it drags. So many things here drag – Rochelle meets with Margaret, for example, in a scene that is about handing over a file that lasts ages.

So many parts of this second episode plod along, and the writing continues to frustrate and baffle

When episode two of Roadkill doesn’t feature Hugh Laurie or meander, it’s frustrating. I’m still struggling to understand the Charmian storyline – she’s a journalist who, after being thrown out of court and fired for not being able to prove a story, decides to actually do the research. There, she meets a bigwig in the think tank she is investigating – she lies about her identity, but he clearly knows who she is, because she was just involved in a major court case about their dealings. Hare wants Charmian to be this brilliant journalist, and yet she’s written as painfully naïve, and the dissonance is striking. Her story this episode concludes in a sequence so stupid I was actually shouting at the screen.

The same thing is true of the sequence that wraps up the episode. Peter receives a phone call from Duncan about the identity of his daughter, and makes the decision to take his phone off speaker to hold it to his ear. There’s no reason for this other than to help cause the resultant accident, and it’s such lazy writing. Peter is one of the few characters in this show who actually feels like a real character, but this doesn’t make sense – it’s not what a character would do. So much of Roadkill is like this – the characters feeling like means to propel the plot, rather than characters in their own right.

So much of Roadkill is like this – the characters feeling like means to propel the plot, rather than characters in their own right

Halfway in, I’m still unsure about Roadkill. I feel like I want to like it, but so much of my interest is centred around Hugh Laurie’s fantastic performance. But outside of him, everything else doesn’t work – the plot is equal parts simplistic and annoying, and it mostly wastes a hugely talented cast. I’ll keep watching and hope it picks up soon. 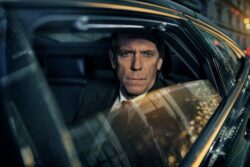 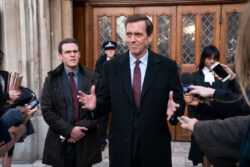