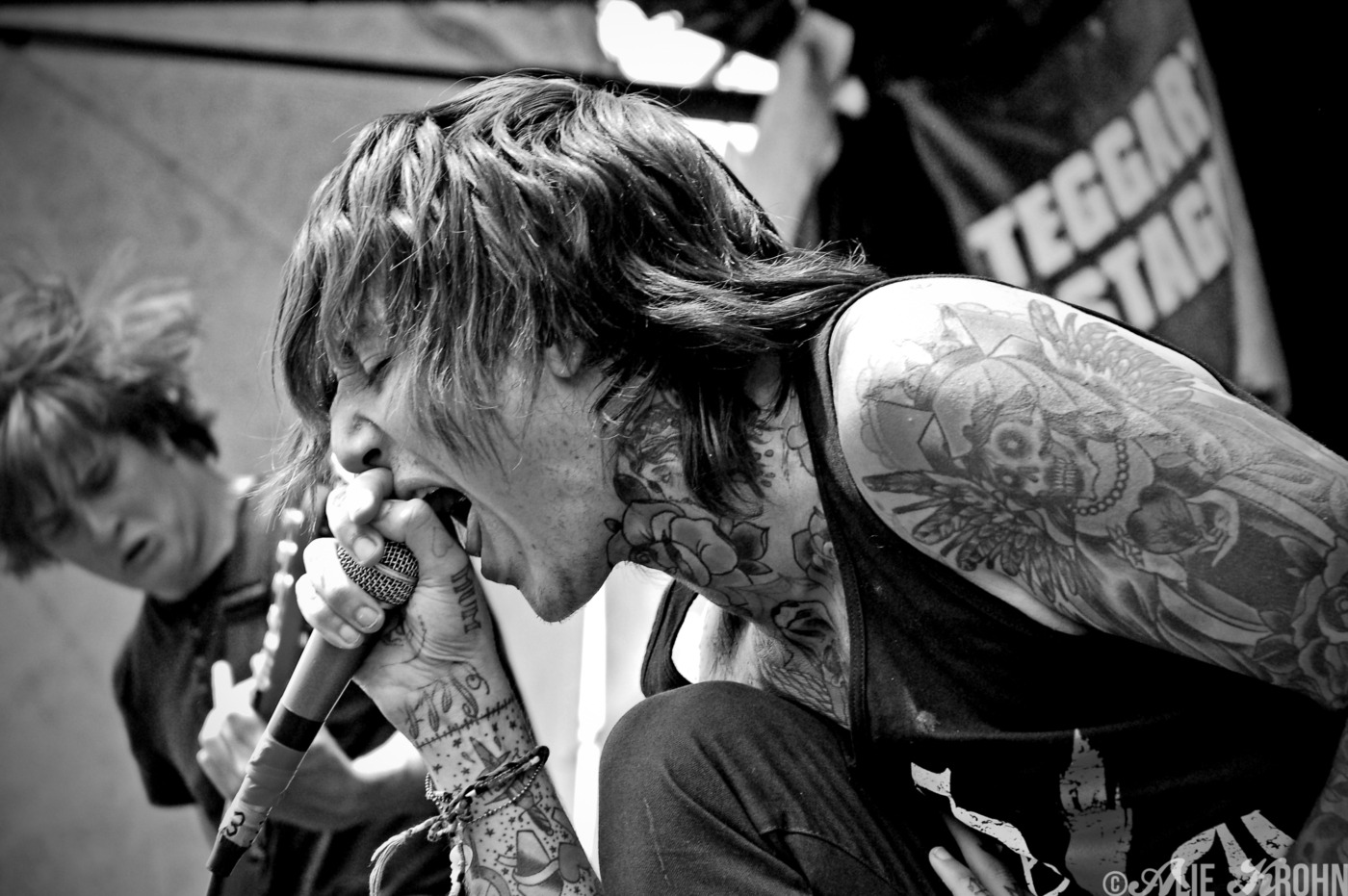 If Bring Me The Horizon’s lead singer Oli Sykes had started practising clairvoyance round about this time last year, it wouldn’t be surprising. The first in a series of four EPs – recorded during what we can now unfortunately call the first lockdown – arrived just hours before speculation of another shutdown was splashed across the front of every paper in the country. It is clearly a diary of the past, but now, eerily, it has become a soundtrack to the present moment. Regardless, Bring Me The Horizon has incidentally given us the cathartic lockdown rock record we didn’t know we would need.

Post Human: Survival Horror is full of eerie resonances, some intended, others not. Only those who have read interviews with Sykes would know that the futuristic electro-rock of ‘Parasite Eve’ was written about a Japanese superbug rather than a virus originating from just across the East China Sea. Equally, the inclusion of last year’s one-off single ‘Ludens’ feels just as apt – it’s difficult to ignore the uneasy jolt that hits when Sykes asks “How do I form a connection/ When we can’t even shake hands?” in the context of the EP as a whole. Those songs are the foundation, both musically and lyrically, of the most complete, layered and conceptual collection of songs that the Sheffield five-piece has ever put their names to.

Sonically, this record is a case of evolution rather than revolution. BMTH are developing off the back of 2019’s sixth record amo, but the result is a more polished and assured version of the changes they made when we last heard from them. One thing is clear: they are here this time around to remind us that whatever experimental direction they go in, they are a rock band, and one whose rise to mainstream success is no accident.

Furious opener ‘Dear Diary,’ is the heaviest song they have released since 2013’s landmark record Sempiternal, but nothing like we’ve ever heard from them before. The thunderous drums, guttural screams and even the flash of metallic shredding in one instance smack more of hardcore than the electronic-tinged metalcore of old. The inventiveness is admirable, but it is hard to imagine Bring Me ever doing anything beige. Elsewhere, ‘Teardrops’ is simultaneously a lament of society’s numbness to tragedy and a love letter to Linkin Park that remains rooted in the moody, electronically charged riffing that the band do best.

This may be the sound of dystopia, but if so, dystopia has never sounded so good

That is not to say that Bring Me The Horizon has finished scratching their itch for experimentation. They show a surprisingly delicate side on ethereal closer (*deep breath*) ‘One Day The Only Butterflies Left Will Be In Your Chest As You March Towards Death’ featuring both a stellar guest appearance from Evanescence’s Amy Lee and the most emotional vocal performance from Oli Sykes in the entirety of his career. On the other hand, the Kawaii drum ‘n’ basscore of ‘Kingslayer’ (featuring BABYMETAL) is absolute chaos, capable of making the listener imagine what a drug trip would sound like put to music. Is it a bit too all over the place? Quite possibly, but it won’t be a turn off for every fan.

The amount of ground covered across these nine songs (although ‘Itch For The Cure’ is so short, virtually only a prologue to ‘Kingslayer’, that it feels more like eight) is impressive to say the least. A lot of ground is covered lyrically too. Naturally, coronavirus and all the facets of living life alongside it is a primary theme: ‘Dear Diary,’ captures in detail the duality of impending apocalypse and lockdown-induced boredom (“The sky is falling/ It’s f**king boring”) while ‘1×1’ (featuring Nova Twins) tackles the mental turmoil (“Put me out of my misery/ My mind feels like an arch enemy”).

However, Sykes and Co are looking beyond the confines of a world made smaller by the pandemic. The aforementioned ‘One Day The Only Butterflies…’ is a particular success, providing a thoughtful and moving take on the environmental destruction that will plague the world long after Covid packs up. Yungblud is brought along to stick a middle finger to power and corruption on ‘Obey’, and although his guest spot suits both the song and the band’s sound, it is at times a little cliched and offers little more to say on the theme than what bands have been saying for decades.

These subjects feel loosely tied to the pandemic related lyrics, however, making for a listen that is richly varied but could almost pass for a concept record. It also ensures that the lyricism never feels as depressing as Covid-related records so easily could (see The Rolling Stones’ ‘Living In A Ghost Town’). This is a record that is never mopey, but is instead relatable and fuelled with livid energy.

Have the BMTH boys outdone themselves with this one? In spite of the odd flaw, they seriously might have. This may be the sound of dystopia, but if so, dystopia has never sounded so good.