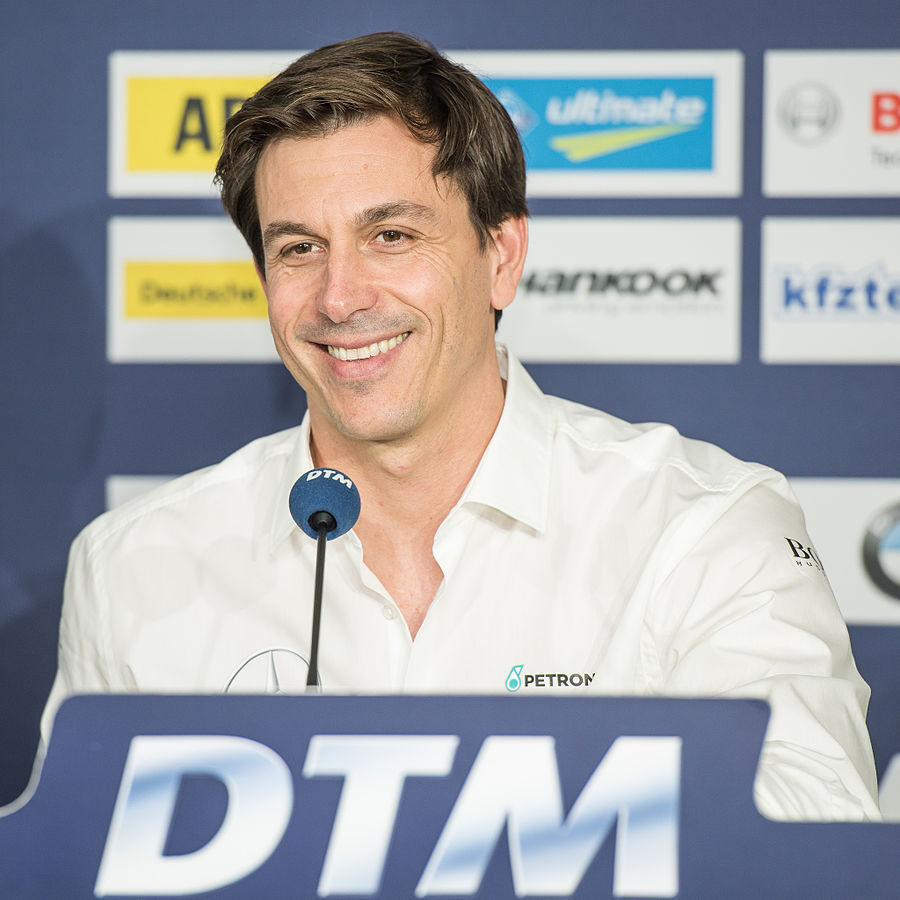 Mercedes won a record seventh consecutive constructors’ championship at the Emilia Romagna Grand Prix, with a victory for Lewis Hamilton.

A one-two finish, with teammate Valtteri Bottas in second, secured the historic victory for Mercedes, and all but guaranteed Hamilton his seventh championship title. The Mercedes drivers were joined on the podium by Daniel Ricciardo, who benefitted from a tyre problem that forced Max Verstappen out of the race, and the top five was rounded out by Daniil Kvyat and Charles Leclerc.

A poor start by Hamilton dropped him to third place off the start line, but he stayed out for longer before his pit stop, trying to extend a lead while Bottas and Verstappen changed tyres. He had gained a 28-second advantage after setting a series of fastest laps, enough to stop and retain the lead, but he was helped by the virtual safety car called after Esteban Ocon retired. The field slowed, he emerged comfortably in the lead from Bottas, and it was later revealed that a chunk of debris from Sebastian Vettel’s Ferrari had been slowing the Finn’s car.

Verstappen looked to pose a challenge to Hamilton, especially after Bottas ran wide on lap 42, but a right-rear puncture 10 laps later smashed his suspension and sent him into the gravel. This led to an exciting final 10 laps, kicking off with a disaster for George Russell – the driver was on track for his first F1 points, but a driver error trying to warm his tyres after the safety car led to him crashing into the barriers and retiring on lap 53.

A safety car restart with six laps to go ended badly for Alex Albon – he spun as Kvyat passed him, and came last of the finishers, something unlikely to dampen speculation about his future. But he did make it to the end – a power-unit issue knocked out Pierre Gasly on lap 8, and Kevin Magnussen was forced to retire as upshift issues got too much in lap 47.

Hamilton said: “It was an exhausting race, the speed we were having to go after a poor start.

“It is very overwhelming right now. I look at my crew and I know all the men and women here and back in the factory and they are the unsung heroes. They are the ones that have continued to graft away, never given up. People watching think we are used to it but it always feels like the first because of the spirit of this team.

“We have a great leader in our team and a big, big thank you to Mercedes.

“Seven is unbelievable. While we have great performances it is not easy to continue to deliver weekend in and out. The guys are so precise in how they take the car apart and put it together again weekend after weekend.

“Seven times champs – something to tell my grandchildren.”

Bottas said: “I think [the damage] made quite a big impact today. The start was good, that was one of the main things to get right today.

“Out of Turn Seven there was the debris, I didn’t have time to avoid it – I saw it in the middle of the car, I tried not to run over it with the tyres but obviously it caused some damage that made the car tricky to drive.

“I was pushing hard to avoid Max getting through. I had to push over all of my limits which led to a few mistakes. Unlucky.”

Ricciardo said: “It was a bizarre one, I’m not sure what happened to Max but that put us in the fight for a podium.

“Kvyat had a charge late on but I managed to hold him back, it was fun out there! [Team boss] Cyril [Abiteboul] will not be getting another tattoo though.”

F1 will return in two weeks with the Turkish Grand Prix, which will see the sport head to the Istanbul Park circuit. It’s a great track that has hosted some exciting races in the past, and is likely to gift us a new seven-time world champion. 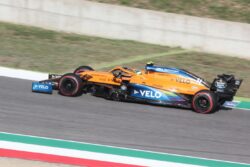