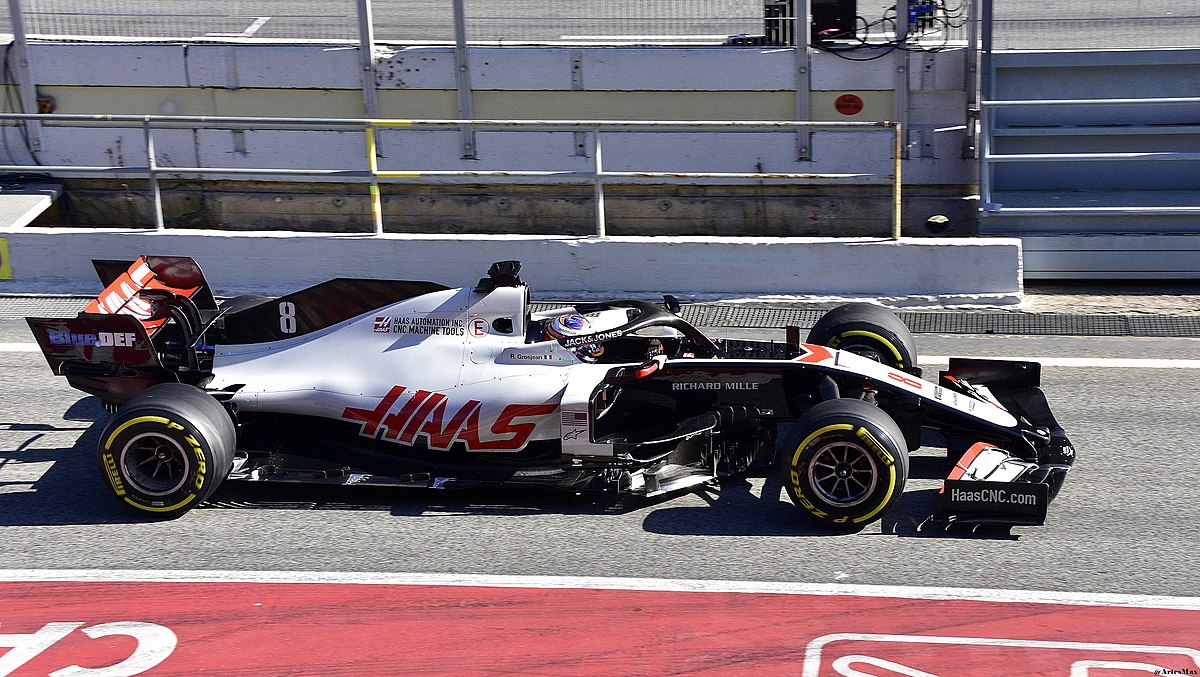 Lewis Hamilton won the Bahrain Grand Prix, but the real story was Romain Grosjean’s miraculous escape after a terrifying crash that left his car in flames. After a period of comparative safety, this race has highlighted the extraordinary danger of motorsport.

On the opening lap, Grosjean suffered an accident, clipping Daniil Kvyat’s car and going straight into the barrier at turn three. His car was split in half and was engulfed in a fireball – Grosjean had been in the burning vehicle for 18 seconds before he managed to climb out. The medical car was swiftly on the scene and the marshals helped Grosjean out, saved by the halo cockpit protection device. Miraculously, it appears that the driver only sustained burns to his hands and ankles, although he was taken by helicopter to hospital with suspected broken ribs.

Haas team principal Guenther Steiner went to find Dr Ian Roberts and driver Alan van der Merwe, who were in the medical car and vital in helping Grosjean. Steiner later said: “If you see the barrier it is unbelievable, we were lucky. We got away with it, I think. I would like to thank all the marshals. They did a fantastic job to get him away as quick as possible from the fire. It was amazing what they did.”

The race was red-flagged and there was serious doubt over whether it would restart. An hour and a half after the crash, the barriers had been replaced by concrete blocks, and a standing start was called. It began on the third lap, and we saw another accident, one that saw Lance Stroll’s Racing Point flipped upside down. He, fortunately, was unharmed. Another safety car was called, and the race truly began on lap nine.

Hamilton held the lead, made no mistake at the re-start and he essentially controlled the race from there, holding off pressure from Max Verstappen, who came second. The drivers both struggled with tyre management issues, linked to the massive pause in racing. Verstappen said that bolder calls on pit timing may have enabled him to push the world champion harder – he finished just over a second behind Hamilton, although he did take the bonus point for fastest lap.

Sergio Perez was on track for a third-place finish until an engine failure with three laps to go – he deserved the podium, but his retirement eventually saw Alex Albon promoted to third under a safety car finish. The top five was rounded out by Lando Norris and Carlos Sainz, the latter doing incredibly after a brake issue put him in 15th.

Down the field, Valtteri Bottas made a poor start and, after struggling with a slow puncture, clawed his way to eighth place. Ferrari, meanwhile, had a bad race – Charles Leclerc only picked up a point in tenth due to Perez’s retirement.

After the race, Hamilton said: “It was physically very demanding. With the break we had at the beginning – you get into a mindset of going out and getting a good start – but with that 45-minute wait we had, it is so easy to step out of the zone. [The Red Bulls] had a lot of speed today so I was flat out all the way trying to keep them at bay. It’s physical, this track has always been physical. We’ve got lots of high-speed corners so I was definitely feeling it.

“I managed to just about reply to [Verstappen] when I needed to but I was sliding around a lot out there and I wasn’t really quite sure how it would play out at the end. So, I’m massively thankful to my team. They did a great job with the strategy and what a privilege it is to get another result like this.”

Verstappen said: “I was lacking a bit. I tried to keep close but they were ahead and we didn’t have an answer and we didn’t really go aggressive enough with the strategy, we also had a slow pit stop. It is what it is. Second isn’t too bad. Hopefully we can find a little bit more pace [next week] and we’ll see again.”

Albon said: “It was obviously a bit of luck with what happened to Sergio. He had a good race, but the guys did an amazing job to get the car ready. A double podium for us and I’m happy. I felt the last few races getting better and better and results not showing so this is a step forward for us. All good.”

Next week, F1 will return to the same track for the Sakhir Grand Prix, but questions over safety will hang over the heads of everyone involved with the sport. F1 boss Ross Brawn has already promised a “deep investigation”, and the findings will likely be discussed throughout the week, but everyone in the sport will sleep a little better tonight knowing that a hugely improved safety record definitely helped save Romain Grosjean’s life.