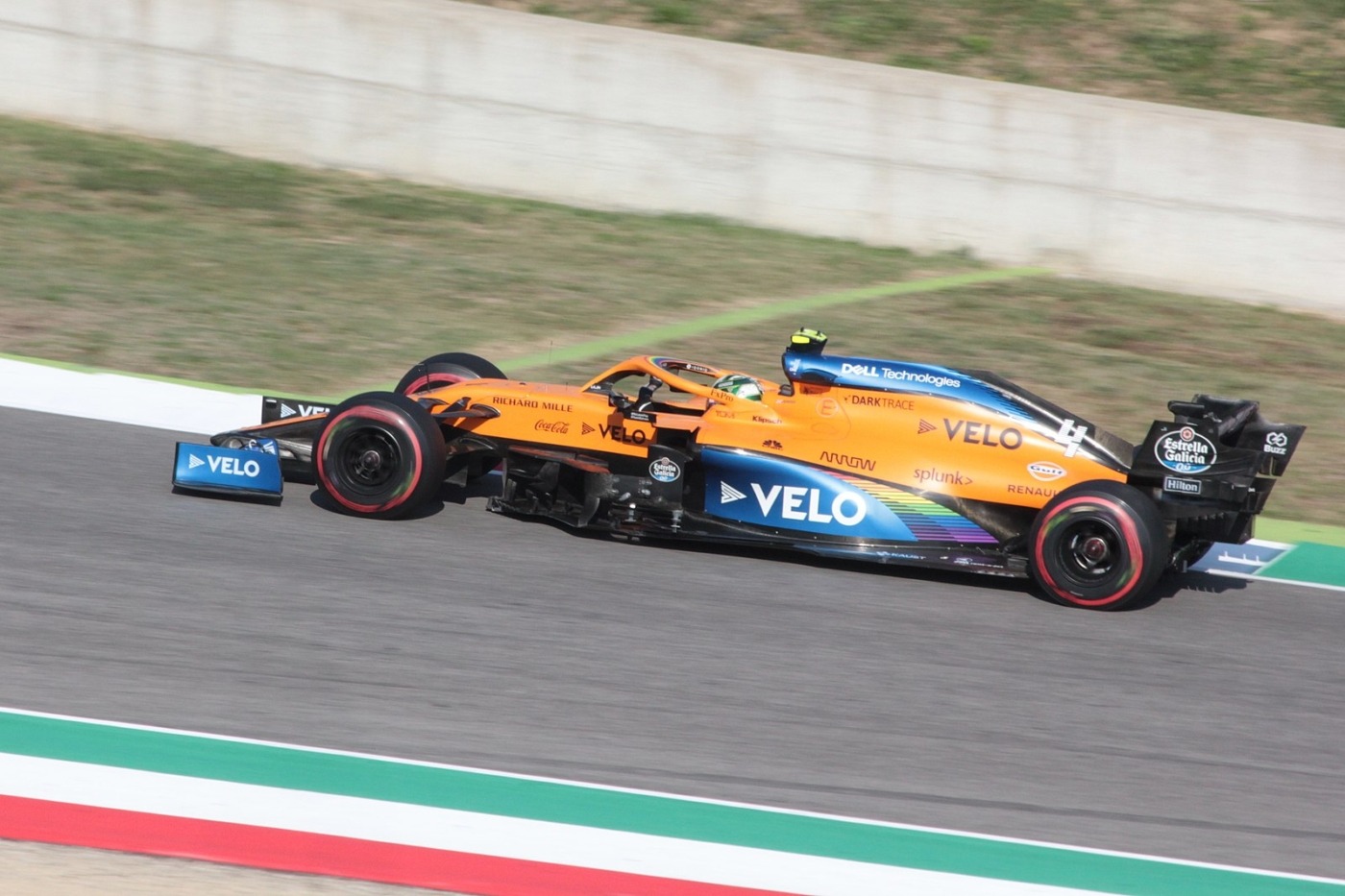 McLaren’s Lando Norris has issued a public apology for “stupid” comments made at the Portuguese Grand Prix.

Despite Norris’ well-established persona as the paddock funny man, the young Brit has recently been caught in the media firing line for all the wrong reasons.

At an eventful Portuguese Grand Prix, tensions were high and remarks were made, forcing the McLaren driver to issue a public apology on Twitter.

Norris said: “I’ve been stupid and careless with some things I’ve said… I haven’t shown the respect I should have to certain people.”

“I’m not that kind of person, so know I should apologise to them but also everyone reading/listening. Sorry.”

On lap 18 at Portimao, Stroll sized up the McLaren Driver along the main straight before trying to sweep past him in a daring outside manoeuvre into Turn 1.

Stroll misjudged the available space and clipped the McLaren, puncturing Norris’ tyre in the process. Stroll was later issued with a five-second time penalty for the debacle.

Not realising that his radio channel was open, Norris then used several expletives to describe Stroll’s actions immediately after the crash.

The young Briton later went on to denigrate the Canadian further by saying: “He obviously didn’t learn from Friday, but he doesn’t seem to learn with anything he does. It happens a lot, so I just need to make sure I stay away.”

The Turn 1 incident mirrored a similar collision during Friday practice where Stroll turned in on Red Bull’s Max Verstappen, causing another spin and, sadly, another irate driver.

To make matters worse, in a post-race interview, a clearly emotional and despondent Norris also downplayed the achievements of Lewis Hamilton

To make matters worse, in a post-race interview, a clearly emotional and despondent Norris also downplayed the achievements of Lewis Hamilton, who secured a record-breaking 92nd F1 victory that weekend, by remarking that the achievement “doesn’t mean anything to me, really. He’s in a car which should win every race, basically.”

At the Driver’s Press Conference for the Emilia-Romagna Grand Prix, Norris confirmed that his apology was primarily directed towards Lewis Hamilton.

“I also apologised to Lewis himself, I messaged him.”

“I respect everything he’s done to achieve what he’s done,” he added.

Last weekend at Imola, during an interview with Ziggo Sport, Norris was asked about his experiences in F1. A somewhat dejected Norris responded, “The last few days have probably been the worst it’s been.”

On the one hand, we have a disgruntled F1 driver who, in the heat of the moment and packed full of adrenaline, made a few choice remarks about his rival after a frustrating collision. Whilst these comments are, perhaps, difficult to accept, we can at least understand that emotions were running high as Norris’ race was severely impacted.

On the other hand, Norris’ remarks about Hamilton were a real head-scratcher. Why would he play down the talent and skill of a man who is, statistically, the most successful driver F1 has ever seen? Was it jealousy?  Or, perhaps, a genuine lack of admiration for one of the sport’s greats?  Either way, the comments were hard to hear and seemed surprisingly unlike the cheerful, friendly Lando Norris that we’ve all grown accustomed to.

In terms of the apology… that’s a tricky one. It was definitely the right thing to do and I think it’s helped ease the tensions, but surely in a public statement of apology you’d at least try and make it sound a little bit more sincere by using ‘I’m sorry’, instead of just “sorry”, right?