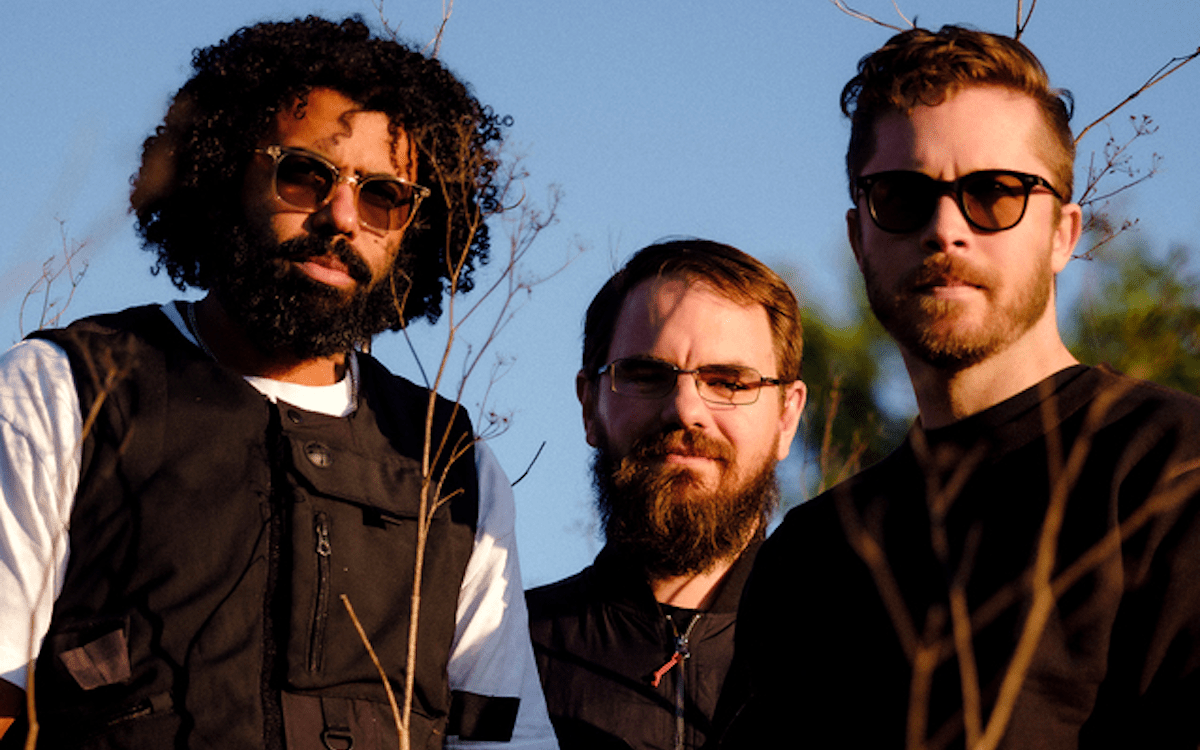 Horror is a rich vein for music to tap into, but serious artists have been reluctant to draw on it at length, favouring instead its aesthetics and tropes in fear seeming too gimmicky. Consequently, many of the artists left to attempt horror-inspired music have been those too reliant on a gimmick, or perhaps too myopic to understand how cringe they were.

However, there has been a revival in recent years of ‘horror done right’, as I would call it: something warranting critical engagement. Horrorcore in rap was influential in introducing many of our modern critical darlings  – Earl Sweatshirt, Tyler the Creator, Frank Ocean – and this style, as well as filmic and written horror, is where clipping draw much of the inspiration for their new record Visions of Bodies Being Burned.

It is clear from the outset this is more mature than any of the aforementioned inspirations. Like last year’s There Existed An Addiction To Blood, the Los Angeles experimentalists expertly blend noise, ambient electronica and foley – using everyday or found objects in sound design for a completely new purpose. (See also Fiona Apple’s Fetch The Bolt Cutter).

Every click, every drum, every cannon blast of bass is mixed perfectly and placed exquisitely. The rushing beat switch for the third verse of ’96 Neve Campbell’ is the best example, the motif of the door knocking is immediately dragged under by a swirling and impetuous beat and a vicious verse that knocks you off your feet. The mechanical clicks and whirs interlock with the precise yet demented planning of a serial killer on highlights like ‘Body For The Pile’.

This production is not overbearing, however, especially on tracks like the standout, ‘Check The Lock’. There is enough numinous space left between one part of trio’s Daveed Diggs’ half-rap half-campfire story delivery and the unorthodox beat that moves and shifts like some mechanical spider. It is in moments like this that show why clipping are truly a unique group. Other highlights are numerous across the 16-track record but include the immediate beat switch of ‘Enlacing’ and the sinister house throwback of the titular track itself.

That isn’t to say it is without fault – if anything there are moments when it tries too hard. I felt ‘Something Underneath’ was a little too left field and was more an exploration of technique than adding to the atmosphere of the record. Throughout Visions of Bodies Being Burned, you may occasionally head scratch as they take experimental tracks in even more unconventional directions instead of making satisfying conclusions, so much so that it feels as though the record is pussyfooting when its attack could be more direct and effective. Listening to some of the backend of this record has a touch of the late 2000s Arsenal about it.

Clipping may have lost the opportunity to really drive the album’s horror home. I’d rather we get what we got than focusing too far on visceral or shock horror, or making the album too unrelenting. There is too much deftly balanced inspiration and experimentation here for it to be worth risking falling into genre tropes. Indeed, the main takeaway from Visions of Bodies Being Burned is that it feels like an adult, nuanced horror album. It is intelligent. It pushes boundaries. Its use of space and atmosphere is by and large exquisite. As it conjures, the Visions of Bodies Being Burned exemplifies a vision for a genre growing up.