The entire world is embroiled in an unprecedented health and economic crisis. Amidst such dire circumstances, why the personal drama in Number 10? The spat arose when Boris Johnson appointed Allegra Stratton, previously Rishi Sunak’s spin doctor, as his press secretary despite Lee Cain’s preferred candidate, BBC journalist Ellie Price. This snub of Johnson’s director of communications and mastermind behind the notion of holding televised press conferences, caused simmering tensions between rival camps in Downing Street to boil over. One side coalesced around Cain and Dominic Cummings, the now infamous senior advisor largely responsible for the (hitherto) brash, populistic slant of the current administration. The other was spearheaded by Stratton and Carrie Symonds, Johnson’s spouse and a sceptic of the aggressive, scorched-earth mentality exhibited with such relish by Cummings. A briefing war ensued, and Cummings and Cain – whose approach had alienated many in Number 10, as well as the Conservative Party more broadly – lost Johnson’s favour. Both unceremoniously quit within a matter of days.

The absence of Cummings and Cain will almost certainly make the government function more effectively. The former of the pair recognised and viewed with urgency the institutionalised dysfunctionality of Britain’s political system – a fact which was reflected in his hard-line, uncompromising approach to governance. But Cummings ultimately alienated the very ministers, advisors, and civil servants whose cooperation were necessary for the implementation of his desired reforms. All that said, was Cummings ever equipped to preside over a sea change in Westminster’s antiquated institutional culture? Or was his air of competence and efficacy an illusion, a product of self-indulgent, faux-intellectual bluster? While many observers (myself included) initially gave Cummings the benefit of the doubt, the facetiousness of his ‘revolutionary’ project would increasingly manifest as the initial novelty wore off.

But Cummings ultimately alienated the very ministers, advisors and civil servants whose cooperation was necessary for the implementation of his desired reforms

In particular, Cummings’ uncompromising tenor dramatically eroded the immense stock of political capital that Johnson had earned through his landslide victory last December. It was no coincidence that, promptly following his resignation, an array of senior Conservative politicians – including some intimately involved in Vote Leave, such as David Davis and Theresa Villiers – appeared on the airwaves to issue harsh critiques. Davis in particular criticised Cummings’ “confrontational style” and spoke of his hopes for a more cooperative Number 10 going forward. One of the most appalling  examples of this came in Cummings’ sacking of Sonia Khan, a special advisor to then-Chancellor Sajid Javid. Over allegations that she leaked to the press, Khan was marched out of Downing Street without any semblance of due process.

Nevertheless, as disingenuous as they ultimately proved to be, Cummings and his associates (Lee Cain figuring prominently among them) imbued Johnson’s political project with a sense of determinacy which might have otherwise been absent. Cummings’ various gambits, such as the prorogation of parliament to remove scrutiny of the ongoing Brexit negotiations were abrasive and had an amateurish air about them. But they certainly served as a forceful indication that the incoming administration sought a sharp break from the drift which characterised Theresa May’s brief tenure. There is some cause to believe that it was precisely this brash, decisive poise which won the Conservatives their largest majority in decades. Johnson’s promise to “Get Brexit Done” (a slogan with Cummings’ fingerprints all over it) was acutely resonant following years of foot-dragging by MPs of all stripes.

Looking back, the most amusing aspect of this debacle was the substantial chasm that existed between the projection and the reality of its protagonist. Johnson, an indecisive, self-conscious figure with a desire to be liked more than anything else, was cast as a brash yet energetic leader. Johnson’s ironclad ideological commitment to a hard Brexit was perceived to be the electorate’s only insurance policy against our political institutions which had proven beyond doubt to be inert and recalcitrant when tasked with acting upon an unorthodox command. However, there was nothing nonsensical about this; it was precisely because of Johnson’s lack of convictions (aside from his own career advancement) that Cummings was able to step into the vacuum and cast the Prime Minister in such a light.

Looking back, the most amusing aspect of this debacle was the substantial chasm that existed between the projection and the reality of its protagonist

This leaves the question: where does the government go from here? There are signs that Boris Johnson will adopt a more constructive, conciliatory approach, given that the main obstruction to such a course is now out of the picture. Reportedly, Johnson had previously asked Sajid Javid to become his chief of staff but was rebuffed, as the ex-Chancellor refused to work with Cummings.

That said, to whom should we ascribe this desire to pursue a more satisfactory course? More likely is that Symonds and Stratton – both capable individuals with determinate ideas vis-à-vis how to govern – are assuming the commanding positions vacated by Cummings and Cain. This is of course unless Johnson discovers firm principles of his own and resolves to act on them. Yet, what reason is there to believe that he will? If there were more substance to Johnson – that is, if he were the Churchillian figure he patently believes himself to be – personality dramas akin to the other week’s wouldn’t be nearly as much of an issue for the current administration. For Cummings would not have emerged as a dominant figure, but instead would have been subordinated and put to work in a manner most congenial to the Prime Minister’s chosen ends. Such a scenario presupposes the existence of such concrete, determinate ends in the first place. As has been illustrated throughout his decades-long career in and around politics, this may be too much to expect from Johnson. 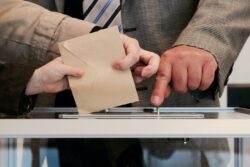