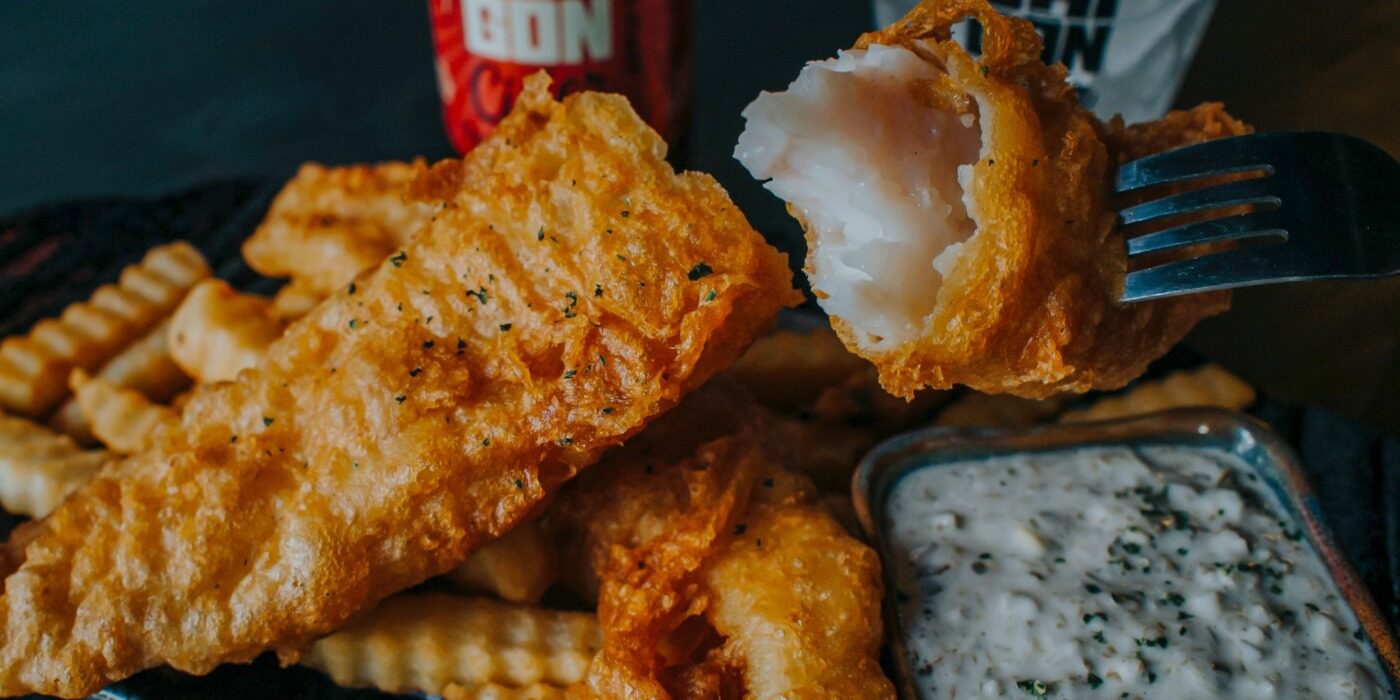 Around the world in 80 dishes: fish and chips

If the UK has one iconic dish, it must be fish and chips. And yet, the dish has a comparatively short history, only celebrating its 150th birthday a few years ago. So how did this classic combination come about, and why is it so intricately linked with British culture?

Fish and chips is obviously a dish of two halves, and it was the fish that came first. The tradition of eating fish that had been coated with flour and fried in oil can be traced back to the early 1800s. It was introduced into Britain by Jewish refugees from Portugal and Spain, usually being sold by street sellers from large trays hung around their necks. They were popular with the British public, and these “fried fish warehouses” even made an appearance in Charles Dickens’ Oliver Twist.

Both France and Belgium have disputed that it was them that invented the chip. Interestingly, it may have been created as a substitute for fish, rather than an accompaniment. When rivers froze over in the 17th century and nothing could be caught, resourceful housewives began cutting potatoes into fishy shapes and frying them as an alternative. Chips have long been popular in England, with William Kitchiner’s 1817 cookbook The Cook’s Oracle featuring the earliest known recipe for something similar to chips.

No one is certain exactly who came up with the idea to sell fish and chips together, although there are two main suspects. Around 1860, two men opened fish and chip shops. In London, Joseph Malin’s family of rug weavers needed to supplement their income, and so they opened a fried potato shop. The young Joseph convinced his family to include “fish fried in the Jewish fashion” to the menu, and it became an instant success. It is also believed that entrepreneur John Lees was selling fish and chips out of a wooden hut near Oldham.

The fish and chip trade expanded greatly during the Industrial Revolution to help feed the growing population, with the earliest purpose-built fishing vessels designed in the 1870s to help find stock in the North Atlantic. At a time when working-class diets were bleak and unvaried, the meal quickly became a tasty break from the norm. Outlets sprung up around the country, and Italian migrants saw a business opportunity – shops soon sprung up in Scotland, Wales and Ireland. Religious traditions from the time explain why Friday is fish and chip night, too – there’s a Roman Catholic belief that meat should not be eaten on a Friday, and so fish filled the void.

Professor John Walton, author of Fish and Chips and the British Working Class, believes that the presence of the dish contributed to British success in the First World War. He said: “The cabinet knew it was vital to keep families on the home front in good heart. Unlike the German regime that failed to keep its people well fed and that was one reason why Germany was defeated. Historians can sometimes be a bit snooty about these things but fish and chips played a big part in bringing contentment and staving off disaffection.” George Orwell agreed, writing in The Road to Wigan Pier that fish and chips were among the home comforts that helped keep the masses happy and “averted revolution”.

The Second World War may have helped cement the dish’s place in Britain’s national imagination. Fish and chips were among the few foods not to be rationed, and people often queued from hours when they learned that the chippy had fish. Winston Churchill called them “the good companions”, referring to both fish and chips, and to the combination of the dish and the British public.

As long as there’s Britain, there will be chippies

According to the National Federation of Fish Friers, the British consumed nearly 300 million servings of fish and chips in 1999 – in 2017, that number was nearly 400 million. The dish’s presence has suffered recently, however as a result of cost factors. Until the 1980s, fish and chips would be wrapped in old newspaper as it was cheaper to obtain, but that was ruled unsafe because of the contact with newspaper ink. It is also suffering because of the strain on stocks of cod and haddock, and general concern about the healthiness of deep-fried food, although it’s hugely unlikely that fish and chips will be going anywhere. As long as there’s Britain, there will be chippies.

Were the Windrush generation failed by the government?