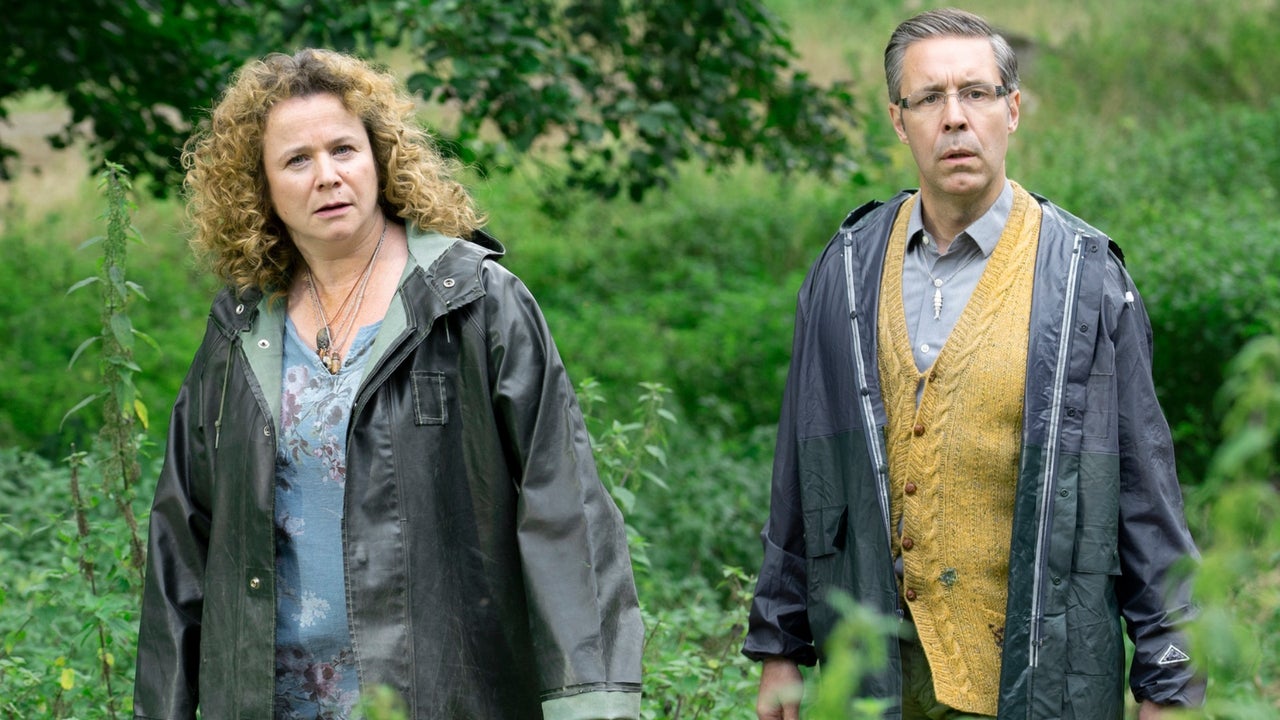 This third instalment of The Third Day wraps up (to the best of my knowledge) the Jude Law portion of the story, and it does so in an incredible outing. Narrative plot threads are resolved, but ‘Sunday – The Ghost’ is really a tale of atmosphere, pitting Jude Law against the island in a thrilling episode that unsettles as it mystifies. The acting and the direction is all on-point, wrapping up the ‘Summer’ chapter of the story in a stellar ending.

Sam is trapped in the Big House, tied up and beaten by the two assailants who ended the second episode. He is baptised in blood, and Larry attempts to murder him to help heal the island’s ills. Sam escapes and sees help from Jess, as well as the Martins, who reveal the true reason for him being on the island – he is the rightful heir of Osea’s father, a descendant of the Charington family, and his return will help restore the soul of the world. He desperately tries to escape, but the island and the islanders have other ideas, and some more secrets will be exposed before Sam faces a potential destiny.

Narrative plot threads are resolved, but ‘Sunday – The Ghost’ is really a tale of atmosphere, pitting Jude Law against the island in a thrilling episode

I said that I’ve struggled to follow what is going on in The Third Day, but most of the narrative’s questions are answered efficiently and effectively here. Indeed, so much of ‘Sunday – The Ghost’ is concerned with Sam’s journey, both emotionally and physically, as he attempts to escape Osea. In the past two episodes, Sam has struggled with the grief of losing his son, only for the Martins to pull the rug from under his feet. It transpires that Nathan was in fact kidnapped under the orders of Mr Martin, in the hope that a child could be convinced of his responsibility to the island, and that the body was in fact Epona’s brother. Law’s facial acting in this scene is incredible, especially after the gut-punch of him describing his grief in the last episode.

However, some islanders believe that Sam himself should take over as Father, and his intervention in Epona’s suicide was intended to bring him close to them. She commits a second, successful suicide attempt by ritual disembowelment, in one of the episode’s most horrifying visuals, to pacify the gods – she is discovered by Sam and then Mrs Martin, who wants to eliminate Sam to put things right. He escapes, and this leads to his desperate escape attempts from Osea – it’s one man against nature, with the water and the land all conspiring to keep him trapped. Paddy Considine, Emily Watson and Katherine Waterston all have shining moments as Sam tries to escape, helping and hindering him as he gives up knowing who to trust.

Much of this episode is without dialogue, with some fantastic acting by Law, gripping direction by Marc Munden and stunning cinematography all working together perfectly to unsettle and keep you on the edge of your seat. There’s a lot of symbolism in the ending, with a climax that screamed The Wicker Man (one of the show’s clear inspirations), coupled with a requisite bit of human sacrifice and some very disturbing implications. I’m not going to spoil anything, but the ending was one I didn’t see coming, and that made it all the more surprising as a result – for a show to pull an intellectually satisfying yet emotionally terrifying climax out of its hat is really very impressive.

‘Sunday – The Ghost’ is a fitting conclusion to this first half of The Third Day, packed full of atmosphere and bolstered by a phenomenal lead performance by Jude Law. And, incredibly, it’s only the show’s mid-season – we’ll have a 12-hour live experience to make up the ‘Autumn’, followed by a ‘Winter’ chapter with Naomie Harris as the lead.  I have no idea what to expect from these two events but, if they’re as compelling as the ‘Summer’ chapter, The Third Day may become one of the most essential, yet bizarre, TV experiences of 2020. 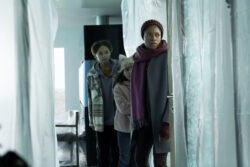 ‘The Third Day’: Friday – The Father