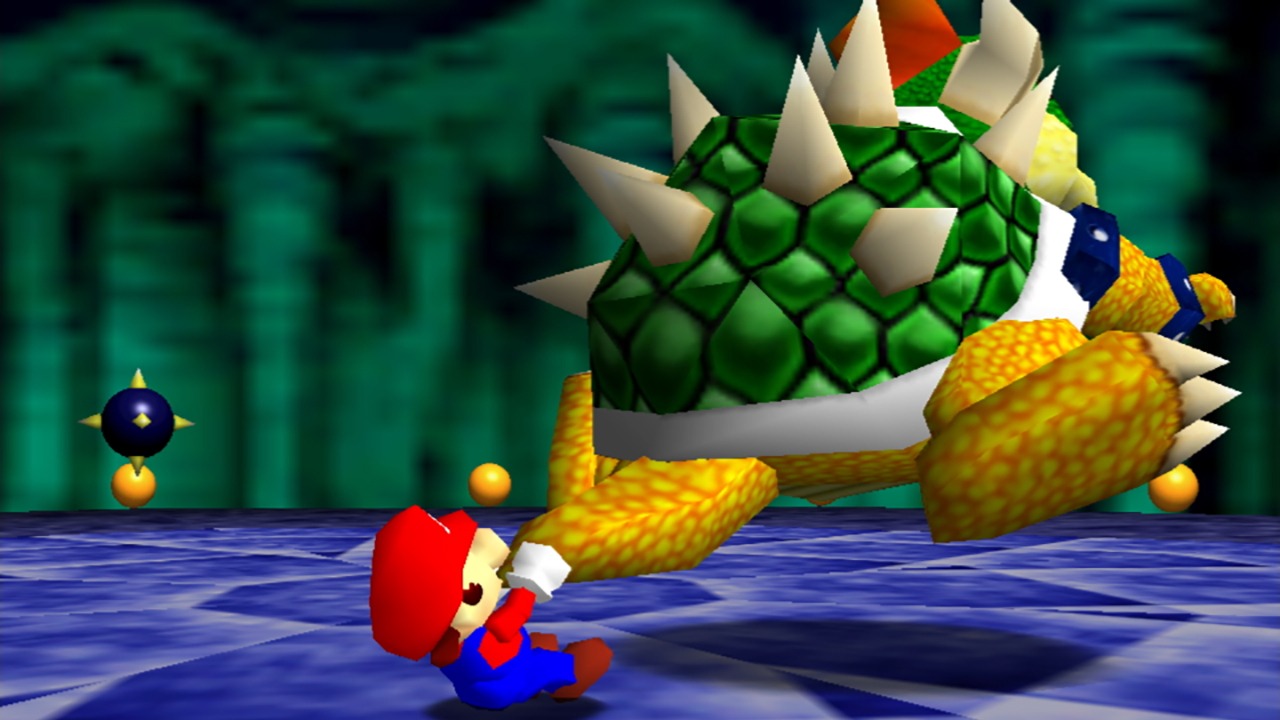 It’s the 35th anniversary of everyone’s favourite plumber, and Nintendo unveiled a huge slab of material to celebrate. One of these releases is the Super Mario 3D All-Stars collection, which brings together three of Mario’s biggest games – 64, Sunshine and Galaxy – in one package. The games themselves are fun to revisit, but the collection itself is a massive disappointment.

The first entry, 1996’s Super Mario 64, is one of the most influential 3D platformers ever made. Most games in the genre owe a lot to this famous ancestor. The graphics are certainly sharper, but I couldn’t help and feel underwhelmed.

Mario 64 is still played with black bars around the screen to accommodate the 4:3 display, and it feels like a product of its time. It still plays beautifully, but I felt no real inclination to progress through this one. At the risk of being controversial, I think a better, more content-rich version of the game exists, and it’s on the DS.

Nintendo has done the bare minimum to upscale these games

Super Mario Sunshine is famously the black sheep of the family because of how different it is. Mario heads to a tropical resort, acquires a water propulsion system called FLUDD and has to help clean up the island. It’s a fun game, but its issues are the same as they’ve always been. The objectives are often poorly conveyed and can be ludicrously difficult at times. It remains fun, but the gameplay isn’t the tightest. I’d say it’s the weakest game on the collection, but it was also the one I was keenest to revisit.

Onto the final game, Super Mario Galaxy, and the most creative, sending Mario on an adventure through space. It looks gorgeous even with only minor graphical tweaks, and the orchestral soundtrack is as beautiful as ever.

Galaxy was built with the Wii in mind, and so motion controls feature heavily. If you’re able to play with Joy-Cons detached, it’s a familiar experience, but there’s a touchscreen alternative in handheld mode that is not very practical. I also found that the cursor drifted all the time, and constantly had to be reset, which was not the biggest issue, but it broke the immersion. Ultimately, however, these are minor picks in what I think is the best of the three.

I’m not just reviewing the games, however. This is a celebratory anniversary collection and, on that front, it falls way short. Nintendo has done the bare minimum to upscale these games, giving them a minor graphical update, and that’s about it.

There are so many missed opportunities here, and the whole thing feels like a rush-job

If you’re expecting a proper remaster in the same vein as the N’Sane Trilogy or Spyro: Reignited, you’re going to be very disappointed – these are rather lazy emulations, and nothing more. Don’t get me wrong, it all looks very nice, but better graphics are not much, particularly when Nintendo has ignored the bigger issues with the games. 64 and Sunshine’s famously dodgy cameras remain intact, for example, and it’s as annoying as ever.

Given that this is a major anniversary, and supposedly a special limited edition, All-Stars is a huge let-down outside of the games. The title screen lets you play any tunes from the games’ soundtracks, and that’s it. No concept art, bonus content, behind-the-scenes information – absolutely nothing. I thought the idea behind All-Stars was to celebrate these three incredible games and the history of Mario, and yet it seems as if Nintendo just couldn’t be bothered. There are so many missed opportunities here, and the whole thing feels like a rush-job.

It’s hard to review this All-Stars collection because it’s very much a Switch title of two halves. The three games are some of the best platformers ever released, and playing through them again is a joy. But as a collection, it’s an underwhelming experience – barely remastered and screaming lack of effort.

Nintendo cannot claim it wants to celebrate its iconic mascot and then do so with such a lazy compilation. 64, Sunshine and Galaxy are all wonderful games, and a collection of all three should have been a truly wonderful thing – it’s a shame that it truly isn’t.