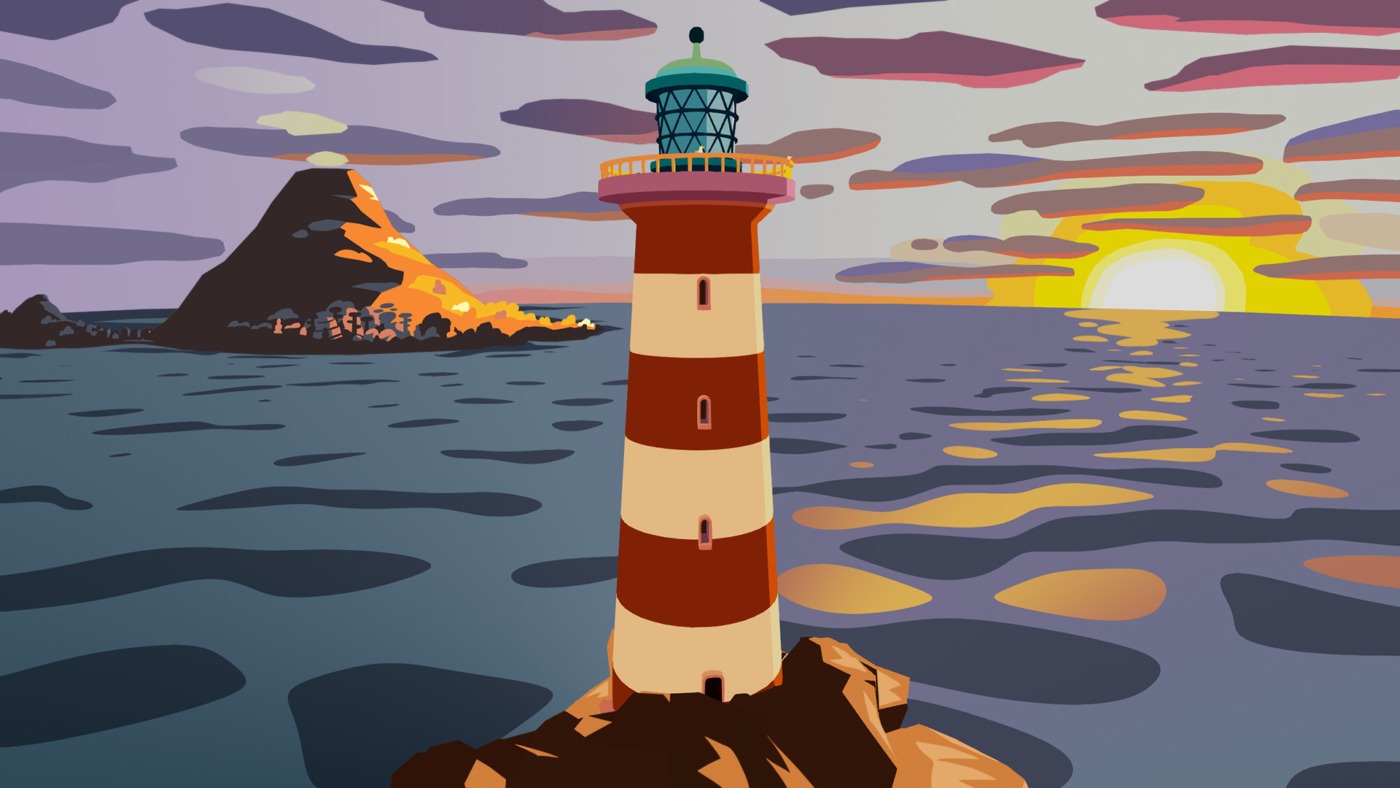 I don’t know if I’ve ever played a game with a title that is as to-the-point as I Am Dead. Death is obviously on the agenda, but this is a hugely appealing indie game full of heart that gives you a chance to explore a charming world. It may not be one of the best games I’ve ever played, but it’s certainly one of the sweetest – and that counts for a lot.

In the game, you play as Morris Lupton, the museum curator on the small island of Shelmerston. As you probably guessed from the title, Morris is dead, and his travails walking around the island are soon disrupted by a piece of information. Shelmerston is home to a volcano that could erupt any day and, in order to prevent this imminent danger, Morris must find a fellow ghost to become the island’s new protector after the old one quits. He teams up with the spirit of his deceased dog Sparky, who is now able to talk, to choose a new custodian.

What this means in practice is taking advantage of Morris’ new ability. As a ghost, he can ‘slice’ into items and living people. When you choose an object, you see its inside. When you choose a person, however, you get to see a memory that the individual shared with a potential candidate for custodian, something that will help you determine whether or not they could take over and look after Shelmerston. These stories are really nice and, at times, quite emotional.

Gameplay-wise, everything is fairly simple. You find an object or a memory by rotating or zooming in on the screen until it appears – often, this item is hinted at in the memories of people who knew the spirit. Similarly, if it’s distorted, you need to use the ZR button to properly line it all up in order to move a memory forward. When you’ve found all the things linked to a spirit, Sparky can find the spirit and you can essentially try them out for the custodian role. That’s all you do, with the exception of hunting for spirits known as Grenkins, and solving riddles set by a laughing goat.

Charming is really the word to use to describe I Am Dead. The whole aesthetic and feel of the game is absolutely charming, and I found it so relaxing to play. The voice acting is very impressive – particularly David Shaughnessy’s turn as Morris – and the art style is far more colourful and quirky that you’d expect for a game about the dead. The world of I Am Dead is so beautifully created that you’ll want to spend your time exploring it, slicing into every object, and exploring every memory. It feels like a treasure hunt, and there’s a surprising amount of detail packed away into every interaction.

If you wanted to, you could breeze through the gameplay of I Am Dead in a couple of hours – there’s not that much to it, and the game dynamics never really evolve, which is a little disappointing given the potential of the gameplay. Even in a short runtime, it can reach the feeling of repetitiveness very quickly, and that’s a shame. But this game is deliberately constructed as a freeform experience, meditating on death and grief and the memories that we leave behind, and it never loses sight of that focus.

I Am Dead is a weird game to review, because it doesn’t really play like one – it’s a leisurely time, guided by character, and I really liked that. It’s very different from anything I’ve played before, and it has a really novel concept that works beautifully. It’s probably a bit too simple and samey if you’re after a serious gameplay experience, but that doesn’t really matter. I Am Dead is a fundamentally charming time in a world full of character that makes you reflect on life and death. I won’t claim that a trip to Shelmerston is perfect, but I think it’s still one worth making.