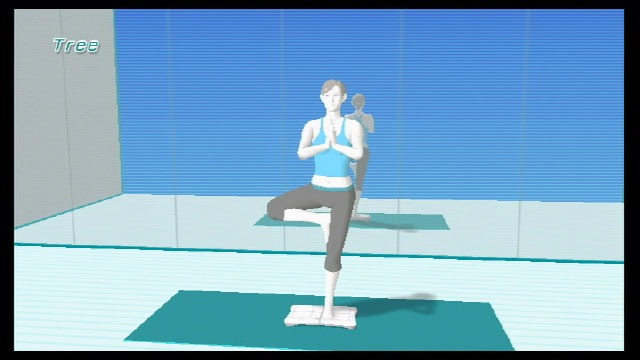 Concept to Console: A history of the ‘Wii Fit’ franchise

Even if you’re not a gamer, there are certain franchises you’ll know. Mario, Sonic, Pokémon – they all leap to mind, but none of them ever really captured the attention of nations the world over like Wii Fit. This new experience, merging exercise with gaming, proved a sure-fire hit. Here’s a look at the development and success of a franchise unlike any other, which pushed gamers to get fit and have fun.

In an interview with Satoru Iwata, Shigeru Miyamoto described how he came up with the concept of Wii Fit. Miyamoto recounted several instances throughout his Nintendo career when he became conscious that he was gaining weight. After he started swimming, he felt fitter and realised that the process “could actually be fun”. As Miyamoto’s health improved, he became interested in the changes in his weight, and he started recording these changes on a graph. He’d been doing this for about a year when development started on Wii Fit.

The prototype was initially called ‘Health Pack’, and the weight measuring element was the only starting point, something that “caused the staff a lot of headaches”. Staff were asked to measure their weight and record the things they ate, and Miyamoto built on this, attempting to figure out how to make the product suitable for families.

A staff member brought in two scales and the development team tried to balance on them evenly, echoing sumo wrestlers. At this point, they realised that using balance could help players keep fit, and so it became a key part of the project. They developed the balance board, a product intended to use four sensors to gain accurate measurements, shifting the focus of the game away from sports to training balance.

The balance board was built to be intuitive, enabling players to enjoy ‘Balance Games’, ‘Aerobic Exercises’, ‘Muscle Workouts’ and ‘Yoga’ (although Yoga was initially intended to be a different product entirely). A professional trainer was recruited to develop, assess and eliminate routines, and a Jogging section was made, in which the player jogged with a Wii Remote in their pocket. It was also the first Wii game to have its own dedicated Wii Channel, enabling players to take daily measurements without launching the game.

As Iwata said, “Wii Fit is a new kind of software that’s unlike anything that’s been done before,” and the public flocked to it. As of March 2012, Wii Fit was the third best-selling console game not packaged with a console, shifting 22.67 million copies globally.

It received generally positive reviews on its 2008 release, and was put to use across the world to help those in physiotherapy rehabilitation, as well as improving the posture of the elderly in nursing homes.

However, it did face some criticism from health experts, who said the activities were not sufficient as a full exercise routine, and from gamers, who said it lacked Nintendo’s usual charm in terms of game design.

An enhanced version of the game, Wii Fit Plus, was released the following year, after Miyamoto learned that many Wii Fit players had stopped playing the game, largely due to the inconvenience. It was similarly popular, selling 21.13 million units as of September 2018. It expanded many of the original’s features, offering 15 new balance and aerobics games alongside six new strength training and yoga activities. It also included a calorie burning counter, and more customisation options for fitness regimes.

The Wii Fit Trainers would take a break from fitness and, in a very unexpected move, be announced as fighters in Super Smash Bros

It would be 2013 when the franchise returned, this time on the Wii U. Wii Fit U employed the balance board and the Wii U Gamepad, in addition with a new accessory, the Fit Meter which was essentially a pedometer.

Exercises now told the player the amount of requisite exertion to complete them, but it still faced criticism for being too light-weight to be considered actual exercise. Nonetheless, the game was still popular with players, although its reduced sales figures are indicative of the lack of Wii U sales more generally.

The Wii Fit Trainers would take a break from fitness and, in a very unexpected move, be announced as fighters in the Wii U and 3DS versions of Super Smash Bros in 2014. They use hula hoops, footballs, deep breathing and charging up the sun to fight, and their Final Smash launches a set of yoga poses at rival fighters. The Wii Fit Studio, a gym stage, was added to the game, and both stage and fighter returned in 2018’s Ultimate.

While it’s not strictly a Wii Fit game, it’s clear that the 2019 Switch entry Ring Fit Adventure belongs to the same family. It uses a wheel peripheral called the Ring-Con, into which one Joy-Con is inserted, and a leg strap, with the player manipulating them both in complex moves for stretching, poses and jogging.

The game itself is an RPG adventure which pits the player against an evil bodybuilding dragon, and it remains very popular – as of August 2020, it has sold over 4 million copies, one of the Switch’s best performances. Demand really increased as the Covid-19 pandemic swept the globe, with Ring Fit Adventure being a fun form of exercise while confined to the house.

There is still mixed opinion on whether the Wii Fit games are effective exercise tools, but it’s impossible to deny that the franchise is a phenomenon. Although it existed before, Wii Fit really put ‘exergaming’ onto the map, uniting families the world over, and encouraging people to think about their fitness. It’s a commendable goal, and Ring Fit Adventure is an indication that Nintendo is still thinking about how best to get us up off our sofas. 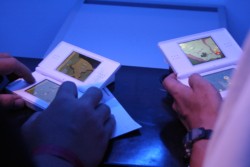 Gaming as a form of self-care