The Academy of Motion Pictures, Arts and Sciences made a major announcement this week: if films hope to compete for the Best Picture Oscar from 2025, they must meet certain diversity and inclusion criteria. It hopes that this move will help increase representation in the cinema industry and help deal with concerns that the Academy is not diverse enough, but a positive reaction in some quarters has been dwarfed by the backlash. Here’s a look at why these diversity rules are a step backward.

In order for films to be eligible for the Best Picture Oscar, they must meet a certain quota in the inclusion of underrepresented groups in at least two of the four standards. These groups include many racial or ethnic groups, women, LGBTQ+, and people with cognitive or physical disabilities. The four standards are as follows: A looks at on-screen acting, storylines and themes. B considers creative leadership positions, departmental heads and crew composition. C encompasses paid apprenticeships, internships and training, while D is concerned with audience development, from publicity and marketing to distribution. This is the first time a mainstream category has had such strict criteria – previously, the only Best Picture rules were certain US screening requirements and a length of more than 40 minutes.

In a joint statement, Academy President David Rubin and CEO Dawn Hudson said: “The aperture must widen to reflect our diverse global population in both the creation of motion pictures and in the audiences who connect with them. The Academy is committed to playing a vital role in helping make this a reality. We believe these inclusion standards will be a catalyst for long-lasting, essential change in our industry.”

There’s a feeling that Hollywood has now gone fully ‘woke’ – that instead of judging artistic merit, the Academy has now decided that inclusion is what matters most

The news, rather predictably, has faced a lot of backlash, primarily organised on two lines. There’s a feeling that Hollywood has now gone fully ‘woke’ – that instead of judging artistic merit, the Academy has now decided that inclusion is what matters most. The Best Picture award, then, will no longer truly be the Best Picture as determined by its quality as a film, but rather about the boxes it ticks.

If you look at the list of Best Pictures past, there are loads of great pictures that would simply no longer make the cut. The Godfather, Braveheart, American Beauty, Gladiator, A Beautiful Mind, No Country for Old Men, The Departed – all previous winners that don’t meet these rules. Last year, 1917, The Irishman and Once Upon a Time in Hollywood were considered genuine contenders for Best Picture, and rightly so – with these new rules, they’d never even make the shortlist. We may also end up with a two-tiered film system – the Oscar bait films will never be more obvious, while popular films will likely ignore the rules and play for ticket sales instead. I’m thinking of something like Mad Max: Fury Road – it was never designed to be an Oscar film and, with these new rules in place, it’ll never have the chance to be one.

Several actors came out against these moves, claiming they infringe on artistic freedom. Kirstie Alley called the rules “anti-artist”, and tweeted: “Imagine telling Picasso what had to be in his fucking paintings.” James Woods, a former nominee, said that the rules were “madness”, while Nick Searcy said: “The Oscars used to be, just like the movies, something we all shared. Woke Hollywood turned it into a weapon against anyone who disagreed with their politics. This is how Hollywood destroyed itself.”

However, there’s also a real concern that these rules will not have the impact the Academy hopes. The kind of stories that fit category A are being increasingly told anyway – Oscar films have always had a healthy representation of stories about disabilities and sexuality and, since 2010, strong racial diversity. Half of the Best Picture winners in the past decade had non-white leads. Again, many of the production jobs are already held by women or gay men, so complying with category B won’t require much change. Any company that can fund an Oscar-calibre film can easily provide internships for underrepresented groups (indeed, many already do), and category D requires in-house senior executives to be members of these groups. It bears repeating once again – they already are, with many publicity departments in Los Angeles heavily staffed by women and members of the LGBTQ+ community.

It’s hardly the systemic change to Hollywood that it initially sounds, and it may not even work

The Academy, then, has set a bunch of very low bars, many of which are already met or would simply require a few extra hires to achieve. It’s hardly the systemic change to Hollywood that it initially sounds, and it may not even work – with the behind-the-scenes criteria more than sufficient, these rules may not encourage any extra on-screen diversity, and that’ll be what makes the headlines. If anything, these new rules actively hamper new, indie and minority filmmakers, as many of the requirements demand considerable cash to achieve that a small production budget simply can’t extend to. And what if these new films bomb, and people just don’t want to watch the Oscar ceremony for box-ticking flicks they haven’t seen?

I don’t doubt there’s a positive motivation behind these changes, and few people would argue against the value of increased inclusion. But mandating diversity in such an ineffective way is not the way to do it. These rules hardly encourage any actual systemic change in Hollywood, and they’ve devalued the Oscars by turning the Best Picture award into one that rewards quotas rather than artistry. 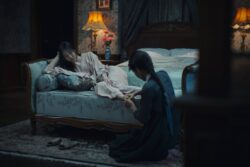