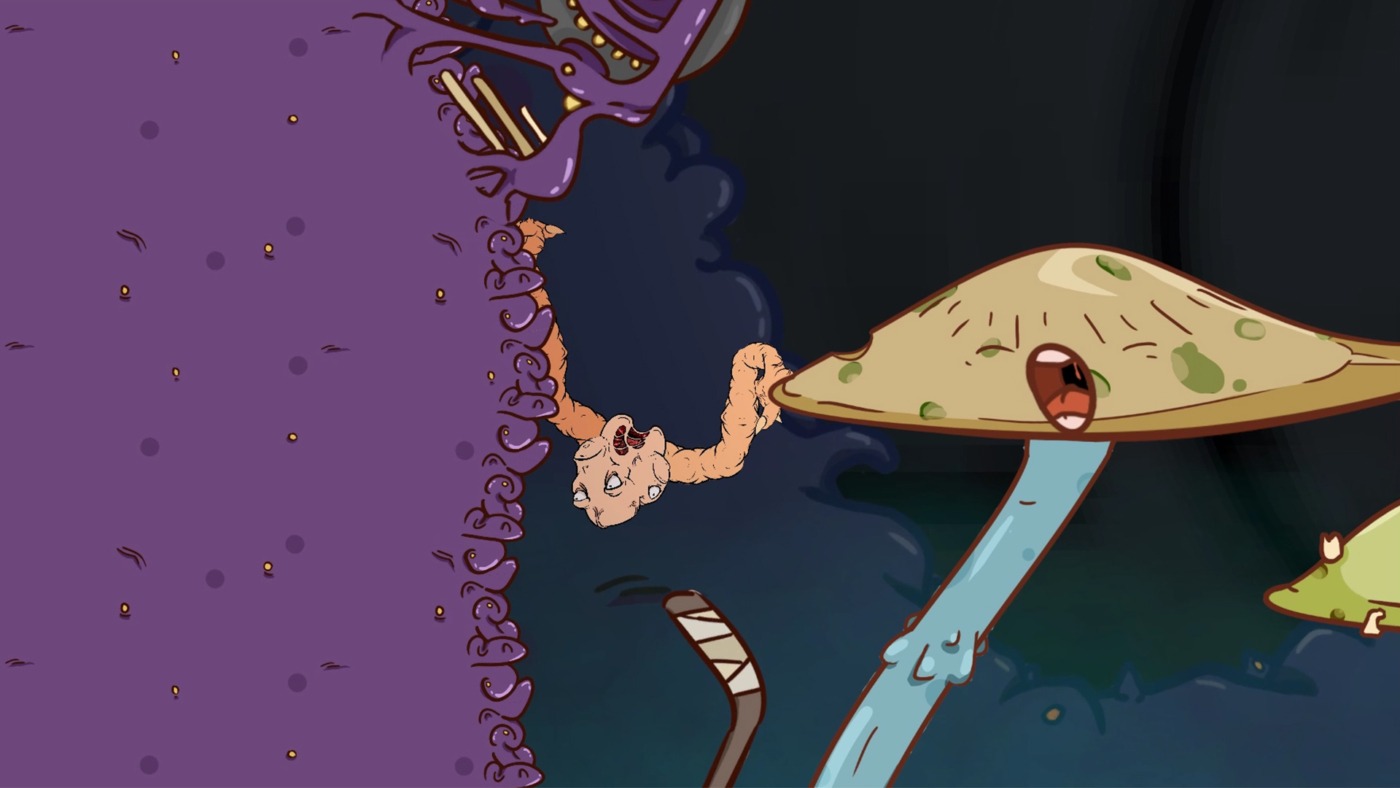 There aren’t many games like Struggling, and it’s hard to say if that’s a good thing.

Chasing Rats Games’ first game is a challenging experience, full of character and potential. However, frustrating controls mean that just getting around often gets in the way of a pleasurable experience, making Struggling a chore at times.

For an indie game, Struggling begins with a hugely detailed intro. The lore of the world is simple: years ago, the world was defended by mutant heroes, whose disfigurements made them strong and helped create the ‘golden age’ of humanity. A false prophet rose to power, causing many to shun their former heroes. As they left, the exiles told of the coming of two sibling champions, Hector and Achilles, who would bring knowledge to the masses. But they never came.

Where do you come into all of this? You play as Troy, a two-armed mutant combination of the two heroes, born centuries later – with your two arms, you must traverse the game’s world.

Sounds simple, right? Well, a fairly basic premise is a nightmare in practice, leading to one of the most frustrating gaming experiences I’ve ever tackled. The controls are basic enough, with each control stick moving one of Troy’s arms, and the respective shoulder button grabs items and the environment. But the physics of moving Troy are really iffy, and you’ll die constantly because Troy didn’t move as you thought he would, or his arms got stuck somehow, or there’s a time section you’d get through via sheer luck alone.

I get that the difficulty is a big selling point here, but when the difficulty stems from actually being able to control the main character, that doesn’t make for an enjoyable experience. I like a challenge, but this didn’t feel like a fair gaming challenge. Sure, there’s some satisfaction in surpassing the different obstacles, but I often had a feeling of ‘thank goodness it’s over’ rather than genuine pride at beating a stage.

That’s before you even attempt the co-op mode, which sees you and a friend control an arm each, making the game borderline unplayable. It can be fun to relieve the tension with a co-player, but you’re not going to make it very far at all.

This is a shame because, outside of the controlling difficulties, there’s a lot to love in Struggling. It has one of the most distinct art styles I’ve ever seen, and it’s full of character. I should warn you that it goes for a deliberately grotesque look, in both the art and the audio design, and it may not appeal to a lot of gamers. I loved it, but my partner thought it was horrifying. You’ll be in one camp or the other.

It’s frequently funny, and it digs deep – I was genuinely engaged in the story and my character – no mean feat given Troy’s monstrous design. It’s also worth drawing attention to the phenomenal soundtrack, which suits the game and Troy’s actions perfectly.

Struggling is a hard game to recommend. It’s built to be difficult and something that only the most dedicated players will get through – and to that end, it succeeds. But the hints of a solid platforming adventure are scuppered by how frustrating Troy is to control – too often, the lack of control is completely at odds with the challenges the game sets, and it means that playing Struggling is more of a chore than it is fun. More hardcore players may get more out of this game than I have, but I think Struggling is too frustrating to recommend despite its several good points.