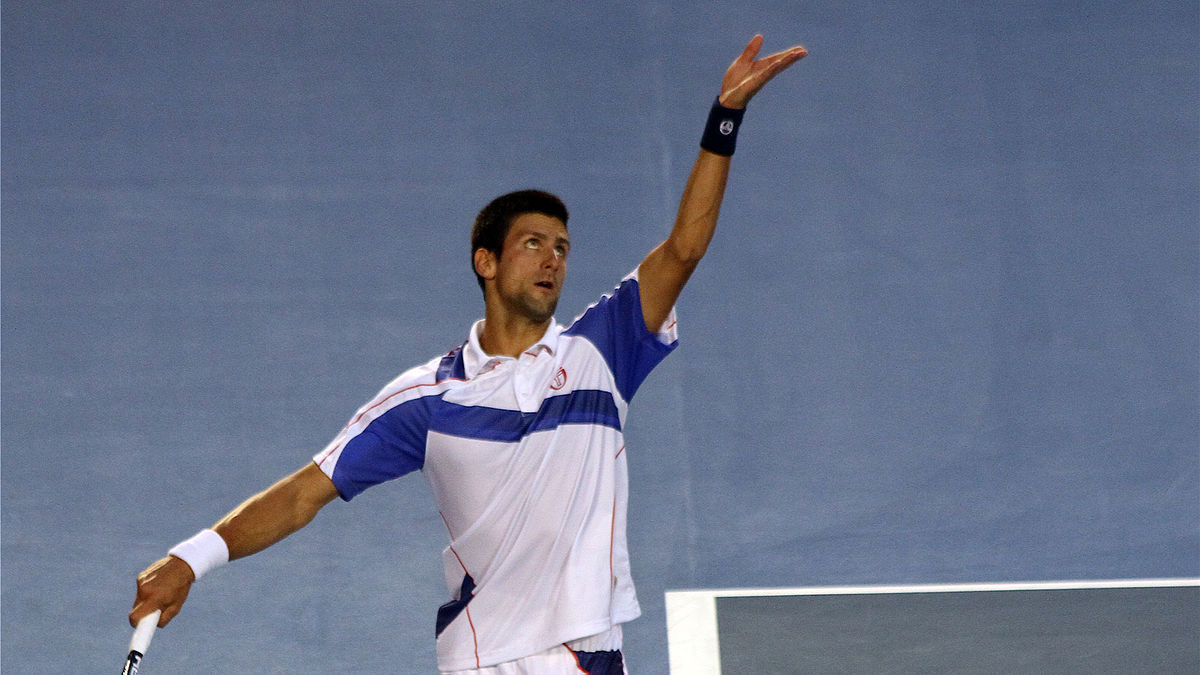 Reaction as Novak Djokovic is disqualified from US Open

Novak Djokovic has been disqualified from the US Open after accidentally hitting a line judge with a ball. The world number one was defaulted from his fourth-round match against Spain’s Pablo Carreno Busta, and will forfeit all ranking points earned and prize money won. He could also be fined for the incident, and for not attending the post-match press conference.

It ends his hopes of winning an 18th Grand Slam title at this event, and is a huge upset given that he was the favourite to win the tournament. He had also not lost a match all season.

With his departure, no man left in the tournament has won a Grand Slam before.

Djokovic exhibited his annoyance early in the first set, hitting a ball into an advertising board after the Spaniard saved three set points at 5-4.

Later, at 6-5 down, the Serb hit a ball behind him in frustration after his serve was broken. It caught the line judge in her throat, and she began coughing and holding her neck. Djovokic immediately went to check on her, but it was shortly announced that he had been defaulted.

I apologise to the @usopen and everyone associated for my behaviour

After the disqualification, Djokovic released a statement on Instagram: “The whole situation has left me really sad and empty. I checked on the linesperson and the tournament told me that thank God she is feeling ok. I’m extremely sorry to have caused her such stress. So unintended. So wrong.

“As for the disqualification, I need to go back within and work on my disappointment and turn this all into a lesson for my growth and evolution as a player and human being. I apologise to the @usopen tournament and everyone associated for my behaviour. I’m very grateful to my team and family for being rock support, and my fans for always being there with me. Thank you and I’m so sorry.”

Tournament referee Soeren Friemel said he had “no other option” but to disqualify Djokovic, “based on the fact that the ball was hit angrily, recklessly, that it went straight at the line umpire’s throat”.

He said: “There are two factors, one is the action and the result. And the action – while there was no intent – the result of hitting a line umpire and [her] clearly being hurt is the essential factor in the decision-making process here.”

Tennis players acknowledged that the call by the referees was the right one, even if it upsets the draw.

Tim Henman, who was himself disqualified from Wimbledon 25 years ago for a similar incident, said there was “no doubt that it’s the right decision”

Greg Rusedski agreed, and argued that the world number one should have faced questions from the media. On Twitter, he wrote: “Unbelievable that [Djokovic] has been defaulted. This was the correct decision under the rules regardless of intent or not. Novak should have stayed for the press conference & apologise. We must take responsibility for our actions no matter now difficult the situation is.”

2020 has proven a very contrasting season for Novak Djokovic. He has not been defeated on court, and he looked to be the one to beat at this US Open. However, there’s been all the controversy – the ill-fated Adria Tour, which saw the world number one contract Covid-19, his hesitation over taking part in the tournament and his founding of the Professional Tennis Players Association all led to negative headlines. A US Open win would have been a great story, but now it’s bad news again.

On a fundamental level, it’s clear Djokovic had to go – he broke the rules, and he could have seriously injured someone as a result. The world number one is supposed to be an example, and he could never really have escaped this judgement. Indeed, the Serb acknowledged this – it was clear-cut, Djokovic knew it, and it meant he became the first person all year to beat himself. His temper got the better of him, plain and simple.

But I can’t help but think it a shame too. I agree with Annabel Croft’s assessment of the situation: “It’s just terribly unfortunate because we know how crucial this Grand Slam is for him. Roger Federer and Rafael Nadal were not here. He’s on 17 Grand Slams right now, he’s desperately trying to close the gap. He was trying to take full advantage of those two not being here. Of course, there’s a lot of other youngsters in the draw that could trouble him. But it’s hugely important in terms of the history and where he wants his career to be at the end of his time. I just don’t know where it leaves him, I’m not quite sure how he’s going to handle this situation.”

Djokovic is one of the greatest players of all time, but he lacks the love and strong public support of Federer and Nadal, and that must be hard on him. His critics will use this as another tool to strike him – that although he wins, he doesn’t behave like a champion.

The true test will be what comes next. Djokovic will not be the 2020 US Open champion, that much we know, but what he learns from this tournament will determine whether he can come back stronger than ever.